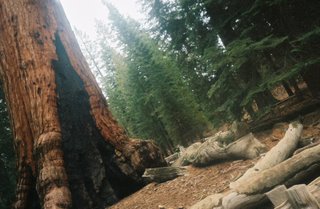 In an interview with Tulsa World, Inhofe compared people who believed global warming was a problem to Nazis...“It kind of reminds . . . I could use the Third Reich, the big lie,” Inhofe said. “The big lie,” is a propaganda technique Adolf Hitler attributed to Jews in his book Mein Kampf. It involves telling lies “so colossal” that no one would believe “others could have the impudence to distort the truth so infamously.” Inhofe added that every claim in An Inconvenient Truth “has been refuted scientifically.” He also admitted he’d never seen the movie. Inhofe also compared An Inconvenient Truth to Hitler’s book, Mein Kampf. Sen. Inhofe Compares People Who Believe In Global Warming To ‘The Third Reich’, Think Progress, 7-24-06

Sen. Inhofe is Chairman of the US Senate Committee on the Environment and Public Works. How could this person be allowed to hold on to such great power? The answer, of course, is twofold -- without campaign finance reform, Exxon's money is more powerful than the conscience of the nation, and without real media reform most people will not hear the truth about global warming, climate change, sustainability, or the consumption of fossil fuels.

Meanwhile, in the reality-based community...

National parks, whether in the US or Kenya or New Zealand or Argentina, are more than tourist spots or recreation centers, they are an essential ingredient in the alchemy of civilization. Neglect them, and you neglect yourself. Destroy them, and you destroy yourself.

Words of Power #7: Global Warming Is A Security Threat To Your Family & Your Business