Hard Rain Journal 8-5-07: Treat Terrorism As What It Is -- A Political Football, And Instead of Cowering, Shove It Down The Republicans' Throats 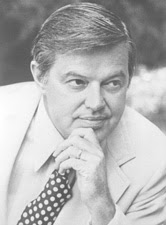 Amidst this sordid unraveling of a corrupt administration that is intent on destroying democracy and the Constitution, the Democrats in the Senate and House give Bush more legal power to spy on us! (The Republicans, of course, as robotic voters almost unanimously sided with the anti-Constitutional efforts of the Busheviks.)
This is democracy committing suicide. Mark Karlin, Buzzflash Editorial, 8-4-07

Hard Rain Journal 8-5-07: Treat Terrorism As What It Is -- A Political Football, And Instead of Cowering, Shove It Down The Republicans' Throats

The stench of weakness pervades the Capitol this weekend. Frank Church would shake his head in disgust.

The Democrats must start treating the terrorist threat as what is has been, THE political football; and that means, they must strip it from the demagogues and shove it down their throats.

They must start making it clear that if the USA is hit again, it will be because the Bush-Cheney cabal went after Saddam Hussein and Iraq's oil, instead of remaining focused on hunting down Bin Laden and Zawahiri, and finishing off Al Qaeda in Afghanistan and Pakistan.

They must start making it clear that if the USA is hit again, it will be because the Cult formerly known as the Republican Party refused to fully implement the 9/11 commission recommendations while they held power, and delayed it further after they lost power.

They must start making it clear that if the USA is hit again, it will be because the Bush-Cheney cabal sullied our name, defaced our image and squandered the good will of the world's people, empowering our enemies and leaving us alone and vulnerable.

And on the progressive side of the aisle, it is well past time to start drawing up our own lists of those who must answer politically, within the Democratic Party, for their complicity.

Those who vote for anything that the Bush-Cheney regime requests on matters of national security are only further endangering this country and its true allies in the world.

They may think they are acting responsibly (although it probably has more to do with political expediency), but they are doing nothing more than enabling people who have been willfully endangering our national security, in plain sight, and almost beyond comprehension, for the last seven years. Nothing good can come from them.

There is a real terrorist threat, but it pales in comparison to the threat from within -- an insidious threat to our way of life, our values, our political institutions, our humanness itself.

The spectre of losing a city to the terrorists is raised again and again to instill fear, but we have already lost a city (New Orleans) -- and we didn't lose it to terrorists, nor even to the hurricane itself, we lost it to the internal threat, i.e., the anti-constitutional, corporatist cabal and its enablers in the media and the political establishment.

Want to protect the USA? Confront the Bush-Cheney national insecurity team (Hard Rain Journal 7-10-07: An Update on the War IN, OF, FOR and BY Terrorism). Want to deliver a blow to those who attacked us on 9/11? Bring me the head of Osama Bin Laden. Want to thwart future terrorist attacks? Offer an alternative to their madness (Words of Power #23: A Reality Check, What A Real World War on Terrorism Would Look Like ...). (Click here for a directory of terrorism-related posts.)

Daily Kos has provided lists of those Democrats in the Senate (sad to see Jim Webb's name on it) and the House (no surprises) who voted to undermine the accomplishments of the Church Committee and give more power to this lawless regime (remember to distinguish between them and those who did not vote for this appeasement):