The Rescue of the Planet, The Restoration of the Republic, and Some Unfinished Business 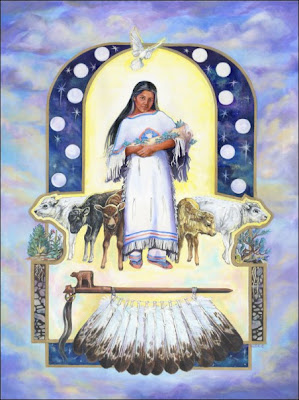 The Rescue of the Planet, the Restoration of the Republic, and Some Unfinished Business

Barack Obama understands something about magic.

He chose to declare victory on the very spot where his Republican rival will be nominated in the late summer.

As he entered the hall, U2's Beautiful Day was playing. ("It's a beautiful day, don't let it slip away.")

And standing there, toward the end of his speech, he took this campaign to the level at which it must be waged, i.e., nothing short of the rescue of the planet and the restoration of the republic: The journey will be difficult. The road will be long. I face this challenge with profound humility, and knowledge of my own limitations. But I also face it with limitless faith in the capacity of the American people. Because if we are willing to work for it, and fight for it, and believe in it, then I am absolutely certain that generations from now, we will be able to look back and tell our children that this was the moment when we began to provide care for the sick and good jobs to the jobless; this was the moment when the rise of the oceans began to slow and our planet began to heal; this was the moment when we ended a war and secured our nation and restored our image as the last, best hope on Earth. This was the moment - this was the time - when we came together to remake this great nation so that it may always reflect our very best selves, and our highest ideals. Barack Obama's Nomination Victory Speech, Huffington Post, 6-3-08

Cruel deadlines loom before us.

Will the governments of the world reach a meaningful accord on the climate crisis in 2009?

Half of Papua New Guinea's forests will be lost or damaged in just over a decade, speeding up local climate change, unless logging is dramatically reduced, a study released Monday found. The University of Papua New Guinea report, which used satellite images to show the loss in forest cover between 1972 and 2002, found that at current rates, 53 percent of forest was at risk of being destroyed by 2021. Agence France Press, 6-2-08

Meanwhile, there is unfinished business in this republic, and unless the pressure to deal with it is kept up, then the republic will probably not be restored, and if the republic is not restored, the planet probably cannot be rescued.

More evidence and eye-witness accounts of what should be investigated as treason and war crimes bubble up every day.

Consider Lt. General Ricardo Sanchez's Wiser in Battle, A Soldier's Story: Getting lost in the media furor over McClellan's memoir is the new autobiography of retired Lt. Gen. Ricardo S. Sanchez, the onetime commander of U.S. troops in Iraq, who is scathing in his assessment that the Bush administration "led America into a strategic blunder of historic proportions."
Among the anecdotes in "Wiser in Battle: A Soldier's Story" is an arresting portrait of Bush after four contractors were killed in Fallujah in 2004, triggering a fierce U.S. response that was reportedly egged on by the president.
During a videoconference with his national security team and generals, Sanchez writes, Bush launched into what he described as a "confused" pep talk:
"Kick ass!" he quotes the president as saying. "If somebody tries to stop the march to democracy, we will seek them out and kill them! We must be tougher than hell! This Vietnam stuff, this is not even close. It is a mind-set. We can't send that message. It's an excuse to prepare us for withdrawal."
"There is a series of moments and this is one of them. Our will is being tested, but we are resolute. We have a better way. Stay strong! Stay the course! Kill them! Be confident! Prevail! We are going to wipe them out! We are not blinking!" Huffington Post, 6-2-08

And, of course, there's Scott McClellan's What Happened: U.S. Rep. Robert Wexler, who has relentlessly pushed for impeachment proceedings against Vice President Dick Cheney, says former White House press secretary Scott McClellan should be compelled to testify before a congressional committee regarding the allegations made in McClellan's tell-all book about the Bush administration.
"The admissions made by Scott McClellan in his new book are earth-shattering and allege facts to establish that Karl Rove and Scooter Libby--and possibly Vice President Cheney--conspired to obstruct justice by lying about their role in the Plame Wilson matter and that the Bush administration deliberately lied to the American people in order to take us to war in Iraq," Wexler said in a statement.
"Scott McClellan must now appear before the House Judiciary Committee under oath to tell Congress and the American people how President Bush, Vice President Dick Cheney, Karl Rove, Scooter Libby, and White House officials deliberately orchestrated a massive propaganda campaign to sell the war in Iraq to the American people. News from the Underground, 5-28-08

Some people have demonstrated the moral courage and clarity of mind that such unfinished business demands.

There is the example of former prosecutor Vincent Bugliosi: For anyone interested in true justice, impeachment alone would be a joke for what Bush did. ... If Bush, in fact, intentionally misled this nation into war, what is the proper punishment for him? Since many Americans routinely want criminal defendants to be executed for murdering only one person, if we weren't speaking of the president of the United States as the defendant here, to discuss anything less than the death penalty for someone responsible for over 100,000 deaths would on its face seem ludicrous. But we are dealing with the president of the United States here. ... In any event, if an American jury were to find Bush guilty of first degree murder, it would be up to them to decide what the appropriate punishment should be, one of their options being the imposition of the death penalty. Vincent Bugliosi, Huffington Post, 5-19-08

There is the example of British journalist George Monbiot: I had almost reached the stage when two of the biggest gorillas I have ever seen swept me up and carried me out of the tent. ... I knew that I was more likely to be arrested and charged than Mr Bolton. I had no intention of harming him, or of acting in any way that could be interpreted as aggressive, but had I sought only to steer him gently towards the police I might have faced a range of exotic charges, from false imprisonment to aggravated assault. I was prepared to take this risk. It is not enough to demand that other people act, knowing that they will not. If the police, the courts and the state fail to prosecute what the Nuremberg tribunal described as “the supreme international crime”, I believe we have a duty to seek to advance the process.
The Nuremberg principles, which arose from the prosecution of Nazi war criminals, define as an international crime the “planning, preparation, initiation or waging of a war of aggression or a war in violation of international treaties, agreements or assurances”. Bolton appears to have “participated in a common plan” to prepare for the war (also defined by the principles as a crime) by inserting the false claim that Iraq was seeking to procure uranium from Niger into a state department factsheet. He also organised the sacking of José Bustani, the head of the Organisation for the Prohibition of Chemical Weapons, accusing him of bad management. Bustani had tried to broker a peaceful resolution of the dispute over Iraq’s alleged weapons of mass destruction. George Monbiot, Guardian, 6-3-08

There is the example of the Brattleboro, Vermont electorate: Voters in two southern Vermont towns passed articles ... calling for the indictment of President Bush and Vice President Cheney for violating the Constitution. More symbolic than substantive, the items sought to have police arrest Bush and Cheney if they ever visit Brattleboro or nearby Marlboro or to extradite them for prosecution elsewhere -- if they're not impeached first. Associated Press, 3-4-08

There is the example of human rights activist Michael Ratner: US embassy officials whisked Rumsfeld away yesterday from a breakfast meeting in Paris organized by the Foreign Policy magazine after human rights groups filed a criminal complaint against the man who spearheaded President George W. Bush's "war on terror" for six years.
Under international law, authorities in France are obliged to open an investigation when a complaint is made while the alleged torturer is on French soil. Indy Media, 10-28-07

Will the USA choose reason over madness in 2008?

Furthermore, if it chooses reason, as it did in 2000 (Gore won Florida) and in 2004 (Ohio was stolen), will the results be subverted once again?

And if the results are subverted once again, what will happen here?

This republic's unfinished business must be kept at the forefront of the news.

The Crow Nation Understands, So Do Joe Biden & Mike Papantonio, It is Time to Find the "Impeccable Warrior" Within

Let's Prove Gore Vidal Wrong; He Deserves That Precious Gift for His Long Life of Truth-Telling

Torture, Destruction of Evidence, Lying about GI Suicide Rate -- Helen Thomas to WH Press Corp: "Where is everybody? For God's sake." --Where are You?