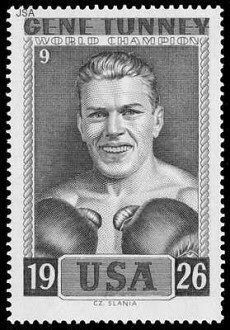 Here is everything you need to know about Joe Biden distilled into three sections:

Politico is sort of an artificially flavored blog.

Evidence of its mainstream DNA is the way in which it buried the lead in its story on the VP announcment. (Buzzflash unearthed it.)

Here is the real news in the Politico post, cut and pasted from the last few sentences of that piece:

"He knows McCain better than anyone else. He intimidates McCain more than anyone else. He can call McCain out better than anyone else on some of his positions," said Biden’s pollster, Celinda Lake, in a recent interview.
Richard Ben Cramer, in his masterful look at the 1988 race, “What It Takes,” wrote that even from boyhood, Biden was not to be underestimated.
“He was little too, but you didn’t want to fight him — or dare him,” he wrote of Biden. “There was nothing he wouldn’t do. Joe moved away from Scranton, Pa. in ’53, when he was ten years old. But there were still a lot of guys in Scranton today who talk about the feats of Joey Biden. ... Joey would never back down.” Politico, 8-23-08

John McCain got right on the edge of class warfare language along the lines that his pal (though resigned from the campaign) and potential Treasury Secretary Phil Gramm did when the former Texas Senator accused Americans of being a "nation of whiners".
In recent days, John McCain has said that the folks he considers rich are the ones with assets of more than $5 million. And he also apparently has forgotten the number of houses he owns.
Compare this to Joe Biden who in 2005 was ranked 99th out of 100 senators in terms of personal wealth.
And amazingly in 2006, Open Secrets lists Biden as 108th out of all US Senators (i.e., negative 8! How did he do that?) with a near negative value on total income and assets.
Biden has not enriched himself through marriage, book deals, land swaps, or even betting on Intrade.
That's an interesting contrast to Senator McCain -- sort of like it used to be between Democrats and Republicans. Washington Note, 8-22-08

Watch these terrific clips of Biden hitting hard on CNN, and on the Senate floor, and share them with your fellow citizens: