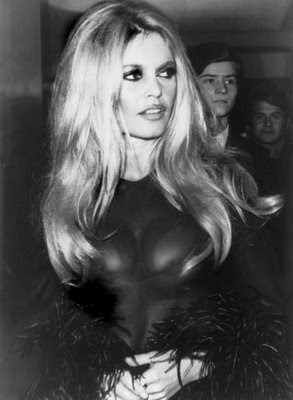 NOTE: In response to an inquiry from a good friend in the blogosphere, whose views I deeply respect, here is a clarification -- I post this story on Bardot's open letter to Palin, because it is fascinating to me, not because I am naive about Bardot. Just in case you still think of Bardot just as a powerful cultural icon from the Sixties, with a fierce passion for animal rights, consider this excerpt from Indopedia's biographical note on her: [Bardot] is also one of the most celebrated supporters of Jean-Marie Le Pen of the right-wing Front National political party, with which her husband is associated. With the publication of her 2003 book, A Scream in the Silence, the reclusive Bardot has come under considerable fire for racist, anti-Muslim, and anti-gay comments." For me, to read such a vitriolic rebuke of Palin from someone who has embraced the likes of Le Pen is, as I said, fascinating. It tells us something, perhaps something important. But this post is not meant at all as an affirmation of Bardot's other more anti-social views; it is meant only to provoke thought (Of course, it also gives me an opportunity to post images of Bardot. Perhaps it is not too late for her redemption. She is clearly conflicted.) BTW, in the archives of Words of Power you will also come across posts citing the views of Rep. Ron Paul (R-TX) and former Rep. Bob Barr (R-GA), both of whom have held and do now still hold many views which I consider ugly and absurd. Nevertheless, their opposition to dangerous people in power or close to taking power is important and useful. So I will continue to reserve the right to explore the edge. -- Richard Power

French film legend turned activist Brigitte Bardot took a swipe at Sarah Palin on Tuesday, saying the US vice presidential candidate was a disgrace to women.

"I hope you lose these elections because that would be a victory for the world," Bardot wrote in an open letter to Republican John McCain's running mate in the November vote.

"By denying the responsibility of man in global warming, by advocating gun rights and making statements that are disconcertingly stupid, you are a disgrace to women and you alone represent a terrible threat, a true environmental catastrophe," wrote Bardot. 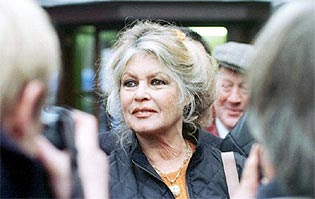 The screen icon from the 1960s, who now heads an animal rights foundation, went on to assail Palin for supporting Arctic oil exploration that could jeopardize delicate animal habitats and for dismissing measures to protect polar bears.

"This shows your total lack of responsibility, your inability to protect or simply respect animal life," Bardot wrote.

In a final salvo against Palin, the 74-year-old ex-star picked up on Palin's depiction of herself as a pitbull wearing lipstick and said she "implored" her not to compare herself to dogs.

"I know them well and I can assure you that no pitbull, no dog, nor any other animal for that matter is as dangerous as you are," Bardot wrote. 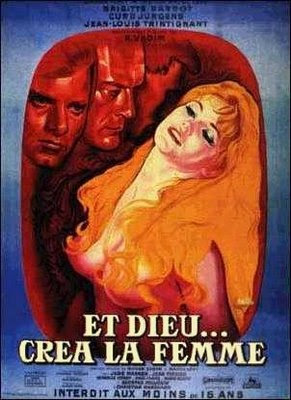