Valdênia Paulino & Shirin Ebadi are in Danger -- Women Must Not Only Be Empowered, They Must Be Protected as They Rise Up to Exercise that Power 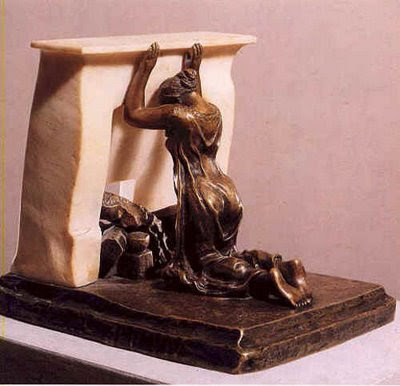 Valdênia Paulino & Shirin Ebad are in Danger -- Women Must Not Only Be Empowered, They Must Be Protected as They Rise Up to Exercise that Power

Women lead the way out of extreme poverty. They urge voting over violence. They create homes in the midst of homelessness. They nurture children in wastelands. They forge families out of chaos. They cook up enterprises and weave communities. They bring love to the loveless and beauty to the lost.

This is not just a spiritual truth, it is a sociological fact. That is why "Promote gender equality and empower women" is one of the UN Millennium Development Goals.

Indeed, the empowerment of women is a vital aspect of the overall effort to bring the planet out from grave danger and into a bright future. But if they are going to succeed in this work, they must be protected.

Consider the circumstances of Valdênia Paulino in Brazil and Shirin Ebadi in Iran, and as you read about them, think of how many more there are whose names we do not know:

Valdênia Paulino has a bounty on her head: policemen in Brazil's economic capital, São Paulo, are betting 30,000 euros to see which one will kill her first. Valdênia's alleged "crime"? She's fighting for the rights of the residents of her shantytown and providing them with education and access to the justice system.
41-year-old Valdênia Paulino was raised in Sapopemba, a favela or shantytown in São Paulo. ...
By the time Valdênia was 14, she started working, giving lessons to other children, so that she could pay for school. ...
"The police are the only state presence in the favelas," she says. "And the police in Brazil view poor people as enemies of the state. It's quite common for the police to drive in to my favela with powerful loudspeakers in their cars, and then they play classical music like Vivaldi while they rape girls, murder young people, and tear up people's ID papers. That's why the state is discredited in the eyes of the people who live in the favelas."
The only way to change this situation, believes Valdênia, is to make people aware of their rights and to denounce human rights violations. At the age of 17, she started working with prostitutes in her neighbourhood.
"In 1992, I denounced a prostitution network that was operating in São Paulo. I was raped as a result of that. ..." Radio Netherlands, 1-2-09

Omid Memarian interviews Iranian Noble Prize Laureate Shirin Ebadi --
IPS: Regarding such attacks, normally Iranian authorities state that they have no information about the organisers and that these are spontaneous actions on the part of individuals.
SE: I don't view this incident at all like that. They didn't come to my home one by one. They had their slogans written on their placards, moving in a group. They had been given my address by someone, leading them to my home.
The Iranian police continually claim any assembly and demonstration must receive special government permits. This is why when students or women activists congregate to protest discriminatory laws, or when workers gather to protest their low income, police show up immediately to disperse them quickly, arresting some.
That day I saw myself how cool and indifferent the police were, standing to the side, only observing my home being vandalised. In fact, I have a legal question now. Do assemblies and protests require permits or not? If this group had been issued a permit, I would like to know which authority issued the permit for them to vandalise the sign to my law practice outside my home. If they didn't have a permit, why didn't the police intervene to arrest them or to issue a warning or to disperse the crowd? Inter Press Service, 1-7-09

To find out more about the global effort to empower women in society and government, I refer you to UNIFEM and its recent report, Progress of the World’s Women 2008/2009, Who Answers to Women? Gender and Accountability.