Africa, the Cradle, Yes, but Not the Grave; Two Stories of Rising Power from the Lost Eden 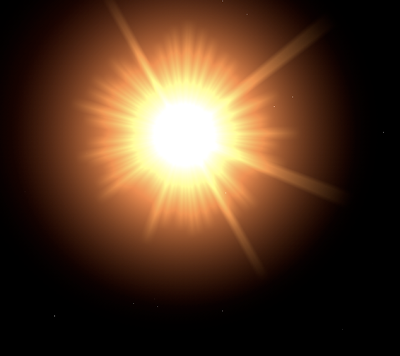 As a step towards gender equality, three officials were sworn in on 27 January as administrators of the new Gender Observatory in Rwanda. UNIFEM, 1-28-09

Affordable solar power, an environmentally friendly alternative, is promising to light up the parts of Africa which power cables do not yet reach. Independent, 1-30-09

Africa, the Cradle, Yes, but Not the Grave; Two Stories of Rising Power from the Lost Eden

New power must rise for humanity to overcome the spiritual, economic, environmental and geopolitical challenges that seem to overwhelm us here at the beginning of post-history --

Not the hegemonic power of empire, but the multilateral power of community;

Not the Treasure of Sierra Madre power of fossil fuels, but the clean, free and abundant power of the sun, wind and tides;

Not male power, but female power ...

To restore the balance in the psyche, it must be restored in the body politic,

To bring a new bounty into our daily lives, the energy that fuels our economic engines must be swapped out.

Here are two stories of hope from Africa, one about solar power spreading across the continent, and one about the establishment of a Gender Observatory to ensure the integration of women into the power structure of the resurrected Rwanda.

Africa, that Lost Eden turned Inferno, may yet lead the way.

As a step towards gender equality, three officials were sworn in on 27 January as administrators of the new Gender Observatory in Rwanda. UNIFEM has been a strong advocate for the establishment of the Gender Observatory, in conformity with article 185 of the National Constitution of Rwanda.
The newly appointed Chief Gender Monitor, Oda Gasinzigwa, explained that the Observatory will work hand in hand with other government institutions, such as the National Institute of Statistics, to ensure that gender is mainstreamed at all levels and gender disaggregated data is collected to inform policy processes. “We will cut across all sectors of the economy, identify gender performance and give reports that reflect the gaps in the development system which will be a basis for decision making,” she said. UNIFEM, 1-28-09

Both off-grid and out of the way, the villages of Nyashimba and Yichobela are all but cut off from the rest of the world because they don’t have access to electricity. Affordable solar power, an environmentally friendly alternative, is promising to light up the parts of Africa which power cables do not yet reach. ...
Developing solar power in Africa is being eagerly pursued by international organisations including the World Bank and the United Nations and a host of smaller NGOs such as the UK’s Ashden Awards, a sustainable energy initiative whose support was the catalyst for the spread of the technology through northern Tanzania. Independent, 1-30-09

To find out more about the global effort to empower women in society and government, I refer you to UNIFEM and its recent report, Progress of the World’s Women 2008/2009, Who Answers to Women? Gender and Accountability.