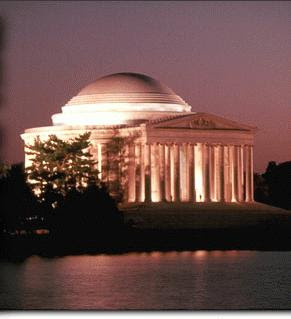 Renowned investor George Soros said on Friday the world financial system has effectively disintegrated, adding that there is yet no prospect of a near-term resolution to the crisis. Soros said the turbulence is actually more severe than during the Great Depression, comparing the current situation to the demise of the Soviet Union. ... "We witnessed the collapse of the financial system," Soros said ... "It was placed on life support, and it's still on life support. There's no sign that we are anywhere near a bottom." Reuters, 2-21-09

"If we don't deal with climate change decisively, "what we're talking about then is extended world war," the eminent economist said.
His audience Saturday, small and elite, had been stranded here by bad weather and were talking climate. They couldn't do much about the one, but the other was squarely in their hands. And so, Lord Nicholas Stern was telling them, was the potential for mass migrations setting off mass conflict.
"Somehow we have to explain to people just how worrying that is," the British economic thinker said. Associate Press, 2-21-09

In 1787, Thomas Jefferson made a profound and provocative statement on the vital role of the Fourth Estate: "The basis of our governments being the opinion of the people, the very first object should be to keep that right; and were it left to me to decide whether we should have a government without newspapers or newspapers without a government, I should not hesitate a moment to prefer the latter." -Thomas Jefferson to Edward Carrington, 1787.

Well, it is two hundred twenty plus years later, and the US mainstream news media is not fulfilling the role Jefferson envisioned for it. Instead, it has served as a framing and filtering device with which to shape public opinion within the body politic, to the benefit of a narrow band of interlocking corporate interests and to the detriment of what the Founders’ termed the “general welfare.”

Consider two recent examples related to the greatest challenges of our present time.

The US mainstream news media spent most of the last decade pretending that climate change was still a subject of serious scientific debate, when in fact the overwhelming consensus of the world's scientific community was that the time for debate was long past, and the time for action was rapidly running out.

And now this year, not next year, not four years from now, this year, in Copenhagen, the great nations much reach a meaningful and actionable consensus on how to come to grips with this crisis.

And what do we get from George Will, a person who has been fortunate enough to be given prominence on the air waves and in the Op-Ed pages?

In the Washington Post yesterday, conservative columnist George Will chastised Energy Secretary Stephen Chu for “doomsaying” about global warming, arguing that concerns about climate change are just “eco-pessimism.” As evidence to support his point, Will claimed that “according to the University of Illinois’ Arctic Climate Research Center, global sea ice levels now equal those of 1979.” But, as TPMmuckraker notes, the Arctic Climate Research Center (ACRC) quickly disputed Will’s claim ... In its statement, the ACRC added that “It is disturbing that the Washington Post would publish such information without first checking the facts.” Think Progress, 2-16-09

(BTW, incredibly, the Wash Po says it is standing by Will and his "facts.")

Meanwhile, as Rory O'Connor remarks, the US business news media also spent most of the last decade looking the other way while the financial sector, and with it the economy, began swirling down the global drain:

Just as our mainstream news reporters failed to do their job in alerting us an impending and fairly obvious disaster prior to the war in Iraq – and then ‘embedded’ themselves with the very people they were supposedly reporting on during the invasion and subsequent occupation — so too did our complaisant business press, which by and large missed the story of the disaster now threatening the very pillars of the global capitalist system itself.
Complicity, careerism, access, ratings, deregulation, glory, money, corporate and conglomerate media ... the reasons behind our pusillanimous press coverage of the run up to the financial meltdown are much the same as those underlying the run up to war – and so are the results. Business reporters ‘embedded’ on Wall Street — as enamored of titans of commerce as their Pentagon press peers were with Donald Rumsfeld and Colin Powell – are now piling bad information on top of no information. Once again, we-the-people are paying the price in treasure and sadly, in some cases, blood. Rory O'Connor, 2-18-09

Let us work to make certain that Robert Parry's warning and exhortation are heeded in the corridors of power during these precious days of progressive ascension:

For those of us who have criticized the U.S. mainstream media for failing to resist right-wing pressure over the past three decades, there is a sad sense of vindication watching the downward spiral of so many once-venerable newspapers. But this trend carries with it a new threat to American democracy.
The core problem is this: as flawed as the MSM has been – as complicit as the New York Times and the Washington Post were in many of George W. Bush’s war crimes, for instance – journalists for mainstream news outlets provide most of the factual information that the rest of us rely on.
No Internet-based news outlet, including our own Consortiumnews.com, can claim that it has the capability to do the daily news reporting that is now done by the mainstream news media.
And the serious threat to American democracy is that as the MSM is reduced to a shadow of its former self, the influence of the well-funded right-wing media will grow disproportionately.
The Right has followed a three-decade strategy of building and maintaining its own media infrastructure – and though some right-wing outlets might stumble, most of them are sure to survive with hefty subsidies from wealthy right-wing foundations and business interests.
By contrast, the American Left largely has stayed on the sidelines of what the Right calls “the war of ideas.” The Left has invested far less money in media institutions and think tanks than the Right has. Robert Parry, Consortiumnews.com, 2-19-09