The Day After: 350 is Still the Most Important Number in Your Life & the Lives of Everyone You Love. Do You Know Why?

What does the number 350 mean? 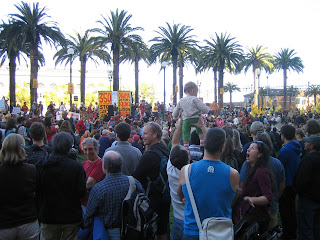 350 is the most important number in the world--it's what scientists say is the safe upper limit for carbon dioxide in the atmosphere ...
Is 350 scientifically possible?
Right now, mostly because we’ve burned so much fossil fuel, the atmospheric concentration of co2 is 390 ppm—that’s way too high, and it’s why ice is melting, drought is spreading, forests are dying. To bring that number down, the first task is to stop putting more carbon into the atmosphere. That means a very fast transition to sun and wind and other renewable forms of power ... 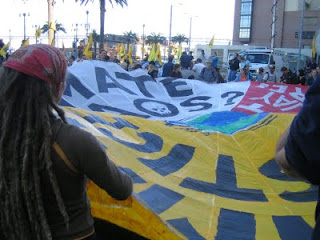 Is 350 politically possible?
It’s very hard. It means switching off fossil fuel much more quickly than governments and corporations have been planning. Our best chance to speed up that process will come in December in Copenhagen ... 350.org

The Day After: 350 is Still the Most Important Number in Your Life & the Lives of Everyone You Love. Do You Know Why?

I participated one of the 5,200 events held on the Global Day of Action for 350.

Many of us have been beating this sacred drum for a long time now. So where was everybody else? 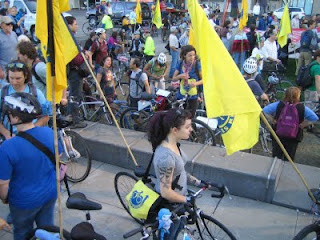 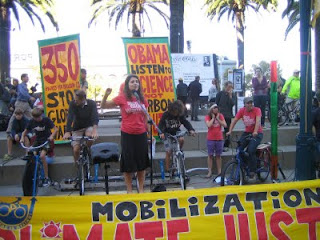 And what is there to say about the Pew Research poll that infers that the number of Americans who see global warming as a threat has plunged 20% over the last two years?

Many people are just burnt out from the psychic stress of the struggle against the Bush-Cheney cabal. Many people are just weighed down with anxiety over the economic hardship of this period. And yes, perhaps some among us, seeing the irrational, shamelessly selfish and almost unassailable resistance against efforts to bring meaningful and urgently needed health care reform to the USA, simply find it is easier to block out the even bigger problem of climate change. They have chosen, instead, to turn their backs on the world and lose themselves in making up little stories about the shadows on the wall of their caves. 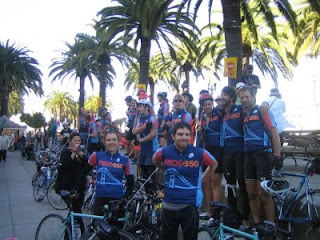 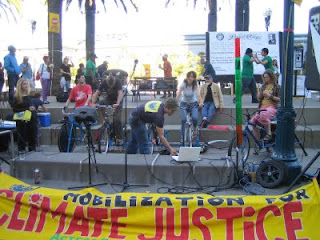 In a healthy civil society, an enlightened mainstream news media would framed the Climate Crisis issue as a threat equivalent to or greater than nuclear proliferation, and these two issues would dominate the national security debate; and that national security debate would be interpenetrate simultaneous debates on economic security, energy security and environmental security.

An enlightened mainstream news media, i.e., responsible, independent, serving the informational needs of the citizens in a democratic society, would have heeded the consensus of the scientific community, stood up to the near-sighted profit interests of the energy sector and made the the Climate Crisis an inescapable issue for all of us.

But instead, well, just consider the way that the rest of the US mainstream news media rallied around Faux News when the Obama White House rightly pointed out that the Murdoch-Ailes machine was NOT a news organization, but an "opinion" (i.e., propaganda) organization. Indeed, doesn't this complicity reek of monopoly, instead of "price-fixing" the US mainstream news cartel is "agenda-fixing." 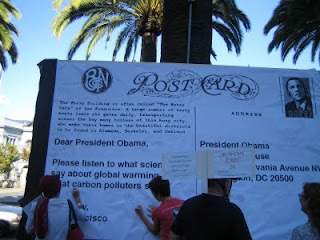 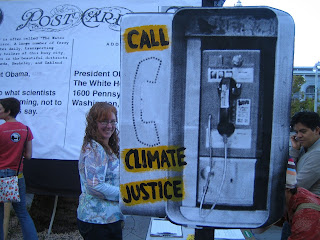 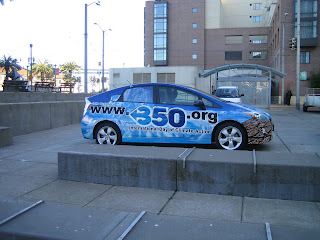 (Also, do not underestimate the influence of the likes of ill-informed Climate skeptic George Noory. Although no Art Bell in wit or style, Noory is, like Rush Limbaugh, on hundreds of radio stations, and listened to by tens of millions of people.) 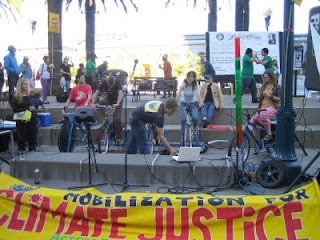 As Richard Sclove suggests in Why the Polls on Climate Change Are Wrong, when people are given sufficient, high-caliber information they grok the situation and demand meaningful action from their governments:

Climate change polls typically spend a few minutes on the phone asking a random sample of people a couple of superficial, often leading questions, frequently interrupting dinnertime. The process elicits off-the-cuff reactions to complex issues that are profoundly consequential to life on our planet. It's a dubious way to gather opinion on a sober subject like climate change, and many understandably shrug it off with some cynicism.
World Wide Views on the other hand is a citizen deliberative process distinct from polling, and expanded for the first time to the global level. Unlike polls or this summer's over-heated Congressional "town halls" on health care, World Wide Views participants received balanced expert information in advance, based on the Fourth Assessment Report of the Nobel Prize-winning UN Intergovernmental Panel on Climate Change. Then they spent an entire day learning together, in neutrally facilitated deliberations, prior to voting on policy recommendations.
Here are some of the key U.S. results from World Wide Views:
* 90% of U.S. participants say it is urgent to reach a tough, new agreement at the UN Climate Change Conference in Copenhagen in December and not punt to subsequent meetings.
* 87% said that by 2020 greenhouse gas emissions in the U.S. and other developed nations should be cut 25-40% or even more below 1990 levels (the Kerry-Boxer Senate bill would cut US emissions only 20% below 2005 levels).
* 71% want nations that fail to meet their obligations under a new agreement to be subject to severe or significant economic sanctions.
* 69% believe the price of fossil fuels should be increased. Richard Sclove, Why the Polls on Climate Change Are Wrong, Huffington Post, 10-23-09

For more results from the World Wide Views on Global Warming, click here.


Go to Stand w/ Howard Dean for more information on how to participate in the struggle to bring meaningful healthcare reform to the USA.

Posted by Richard Power at 1:41 AM