Tyger, Tyger Burning Bright in the Forest of the Night, But Not for Long; Ruminations on Zinn, Salinger, Obama, Pakistan & the Planet 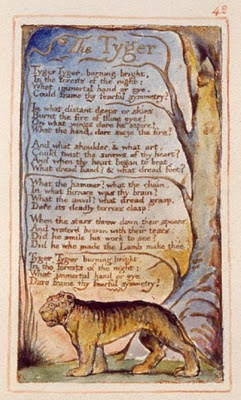 Tyger! Tyger! burning bright
In the forests of the night,
What immortal hand or eye
Dare frame thy fearful symmetry?
The Tyger, William Blake

"There is a potential for tiger populations in Vietnam, Laos and Cambodia to become locally extinct by the next Year of the Tiger, in 2022, if we don't step up actions to protect them."Although Indochinese tigers were once found in abundance across the Greater Mekong region, the WWF says there are now no more than 30 tigers per country in Cambodia, Laos and Vietnam. Mekong tiger population at crisis point: WWF, Agence France Press, 1-26-10

Tyger, Tyger Burning Bright in the Forest of the Night, But Not for Long; Ruminations on Zinn, Salinger, Obama, Pakistan & the Planet

I don't read obituaries, or do eulogies. I don't attend memorials (unless inescapable). The circumstances of my life have led me to an intimate relationship with death and dying; and that intimate relationship has changed the way I relate to the mystery itself, as well as to the maudlin social conventions surrounding it. But that is a story for another time. I only mention it here in the contexts of my decision to highlight the same-day deaths of two contemporary legends, historian Howard Zinn and author J.D. Salinger. It is not their deaths that called forth this post, it is a rumination that I entered into while contemplating their deaths.

Of course, the demise of two worthy contributors to this increasingly unworthy kulchur offers yet another opportunity to highlight the embarrassing state of our national stream of consciousness.

National Public Radio (NPR) lost its juju long ago, but it produced a unpleasant reminder of it in how it dealt with the passing of the great Howard Zinn:

After quoting Noam Chomsky and Julian Bond, NPR's Allison Keyes turned to far-right activist David Horowitz to symbolically spit on Zinn's grave. "There is absolutely nothing in Howard Zinn's intellectual output that is worthy of any kind of respect," Horowitz declared. "Zinn represents a fringe mentality which has unfortunately seduced millions of people at this point in time. So he did certainly alter the consciousness of millions of younger people for the worse." ... Needless to say, it is not the case that NPR has a consistent principle that all its obituaries be thus "balanced." Take its coverage of the death of William F. Buckley, a figure as admired by the right as much as Zinn was on the left. Upon his death in February 2008, NPR aired six segments commemorating him, none of which included a non-admiring guest. NPR Finds Right-Wing Crank to Spit on Howard Zinn's Grave

And although Google gurgled with pieces on the death of J.D. Salinger, perhaps only The Onion truly understood the epiphany of his passing from the inside out:

In this big dramatic production that didn't do anyone any good (and was pretty embarrassing, really, if you think about it), thousands upon thousands of phonies across the country mourned the death of author J.D. Salinger, who was 91 years old for crying out loud. "He had a real impact on the literary world and on millions of readers," said hot-shot English professor David Clarke, who is just like the rest of them, and even works at one of those crumby schools that rich people send their kids to so they don't have to look at them for four years. "There will never be another voice like his." Which is exactly the lousy kind of goddamn thing that people say, because really it could mean lots of things, or nothing at all even, and it's just a perfect example of why you should never tell anybody anything. Bunch Of Phonies Mourn J.D. Salinger

Some philosophical questions occurred to me as I contemplated these two particular deaths.

Zinn's audacious People's History of the United States was a tremendous accomplishment, so was Salinger's haunting Nine Stories.

It is disturbing that our culture only allowed for one Howard Zinn.

Mr. Zinn was often taken to task for peeling back the rosy veneer of much of American history to reveal sordid realities that had remained hidden for too long. When writing about Andrew Jackson in his most famous book, “A People’s History of the United States,” published in 1980, Mr. Zinn said: “If you look through high school textbooks and elementary school textbooks in American history, you will find Jackson the frontiersman, soldier, democrat, man of the people — not Jackson the slaveholder, land speculator, executioner of dissident soldiers, exterminator of Indians.” Bob Herbert, New York Times, 1-30-10

It is also disturbing that a writer of J.D. Salinger's power could be so alienated from his culture that he felt that there was no place in it for him.

In a rare interview with the New York Times in 1974, he said there was "marvelous peace" in not publishing. "It's peaceful. Still. Publishing is a terrible invasion of my privacy. I like to write. I love to write. But I write just for myself and my own pleasure," he said. Reclusive author J.D. Salinger dies at 91

Are we close to the end of this experiment called the U.S.A.? I hope not.

But the facts on the ground in our psyche are not encouraging.

Why is it that Antonio Hill, Climate Advisor for Oxfam International understands, but those who determine (and frame) the content of your TV news programs?

“World leaders are set to fail their first test on whether they meant what they said in Copenhagen. They recognized that temperatures should be kept from rising above the two degree danger level but are still talking about emissions cuts that will create a near four degree world crippled by drought.” Oxfam, Four Billion People Threatened by Water Shortages if World Leaders Stumble at 2010’s First Climate Change Hurdle, 1-29-10

"Strengthening the economy" was ranked #1 in the Pew study.

And yet, unless we move decisively toward a new economic model, the renewed strength of this economy will only serve to strangle ourselves with our own intestines.

Continuing global economic growth "is not possible" if nations are to tackle climate change, a report by an environmental think-tank has warned ... The New Economics Foundation (NEF) said "unprecedented and probably impossible" carbon reductions would be needed to hold temperature rises below 2C (3.6F) ... "We urgently need to change our economy to live within its environmental budget," said NEF's policy director. Andrew Simms added: "There is no global, environmental central bank to bail us out if we become ecologically bankrupt."
None of the existing models or policies could "square the circle" of economic growth with climate safety, NEF added. Economic Growth 'Cannot Continue,' BBC, 1-27-10

"Defending the US against terrorism" was ranked #3 in the Pew study.

But how many of the people responding to the poll understand anything of any significance about this "Defending the US against terrorism"? How many of them known that Bin Laden rose up from the world of the Saudi princes (whose oil we guard with our blood and treasure), was launched into his violent career by our own government, and now hides in Pakistan (if indeed he is alive), under the protection of elements within the Pakistani intelligence service (an entity which is supposedly aiding us in the search for him)?

Madness, madness underwritten by greed and sanctioned in ignorance.

Here are the facts on the ground in nuclear-tipped Pakistan:

The level of growing gap between rich and poor is becoming so sharp and it the general, ordinary people of Pakistan, it is now difficult for an average person to educate his children or to have any medical help or have a decent or dignified live. This issue is being, I think, captured in the name of religion of Taliban. Pakistan’s Wealth Divide and Rising Militancy, Democracy Now!, 1-29-10

Is our nation choking on its own ignorance of itself and the world we inhabit?

Consider President Obama's first SOTO and his follow up appearance at the House caucus retreat of the cult formerly known as the Republican Party.

In his SOTU speech to the Congress, the Supreme Court, the Joint Chiefs of Staff, the Cabinet and "We, the People," Obama held up that mirror to the nation, and in it our national dysfunction was revealed in its fullness.

There was a sickly pallor over SCOTUS. The Joint Chiefs looked troubled. The elected representatives of the cult formerly known as the Republican Party sat in bitter alienation from not from their political rivals, but from reality itself.

But the most disturbing element of this tableaux vivants was something that could not be seen with the physical eye, i.e., the invisible hands of the puppet masters: the banksters, the insurance industry racketeers, the lords of oil and coal, and the rest of those that pull too many strings on both sides of the aisle. They were nowhere to be seen, but their undue influence was everywhere, pervading that space.

Two days later, Obama took to the bully pulpit once again, to hold up that mirror to the cult formerly known as the Republican Party again, at its House caucus retreat, and attempt to engage its members in an open dialogue.

At this point, like many other progressives, I disagree with most of the White House's political strategy, and much of its policy-making, but I certainly acknowledge this President's extraordinary capacity to illuminate what is going on simply by being present.

Fox Cuts Away From Obama-GOP Conversation In Order To Get A Head Start On Attacks: He Was ‘Lecturing’

Republicans dismayed by Obama’s strong performance, say it was a ‘mistake’ to let cameras roll.

Obama calls out GOP hypocrisy for going to ‘ribbon cuttings for the same projects that you voted against.’

What will become of us?

Almost all of the sands in the hour glass have fallen to the bottom. And yet so many among us are flailing in such deep ignorance, and they are dragging the whole down with them.

Will your fearful symmetry disappear, subsumed in the disappearance of the "forest of the night" itself?

Will we even notice if we don't?

See also "A Year After Grant Park: Somewhere Between Cannery Row & Desolation Row, Standing at a Bus Stop on a Street with No Name."