Dissed and Marginalized by POTUS' Inept Inner Circle, Progressives Must Rally (Again) to Save POTUS & the Democrats? Yes. 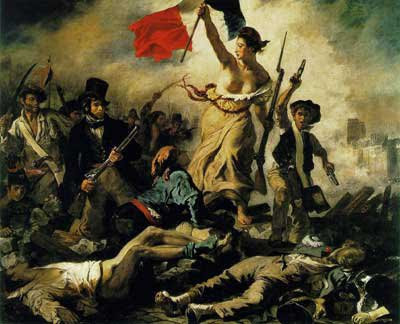 Peak oil has happened or will happen some time around this year, and its consequences could threaten the continued survival of democratic governments, says a secret Germany military report that was leaked online. Raw Story, 9-2-10

Glenn Beck’s got me worried again about fascism in America. His so-called restoring honor rally last weekend assumed that somehow America has been dishonored, and that is a classic trope of fascists ... As if the rally wasn’t enough, Beck continued on his crusade during the week. Check this comment out: Beck said, "There are a lot of universities that are as dangerous with the indoctrination of the children as terrorists are in Iran or North Korea." Matthew Rothschild, The Progressive, 9-4-10

Dissed and Marginalized by POTUS' Inept Inner Circle, Progressives Must Rally (Again) to Save POTUS and the Democrats? Yes.

California? The Nation? The Planet? Darfur?

Dissed and marginalized by POTUS and his inept inner circle (Gibbs, Axelrod, Emmanuel), the progressive base must now save POTUS and the country (again) in mid-terms? Yes.

Consider the *state* of California.

A dagger was plunged into the heart of California in 1978 (the year I moved here), when Prop. 13 provided corporate welfare for commercial property under cover of tax relief for homeowners. That dagger was twisted for emphasis, and plunged even deeper in 2003, when the California electorate was led into a socially engineered recall, which deposed Grey Davis, a decent man who had been popular until the double-whammy of a budget crisis, caused by Prop. 13, and artificially induced electricity crisis (caused by the market manipulation of Enron and others).

Now a third plunge of the dagger is being readied. 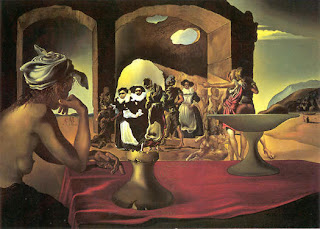 Carly Fiorina and Meg Whitman, two former CEOs who personify the job-killing, profit-gorging, government-crippling, planet-abusing business kulchur that has brought California and the USA to near ruin, are spending many tens of millions of dollars of their own ill-gotten gains to defeat Sen. Barbara Boxer and State Attorney General Jerry Brown, two career public servants, with distinguished records of principled service.

And to add insult to injury the one good deed that Schwarzenegger (the political amateur who replaced Davis) did during his disastrous reign is in jeopardy of being undone by another poison pill proposition.

An oil company headed by conservative billionaires David and Charles Koch has contributed $1 million to the campaign to suspend the state's landmark climate change law. Flint Hills Resources does not have any oil interests in California but is a big opponent of climate change legislation around the country. San Jose Mercury News, 9-4-10

Starting to get the fuller picture of what has happened here?

As California goes, so goes the nation. Remember, the Reagan Counter-Revolution came to power here first.

So will the battle for Senator and Governor here signal the end of all hope, or the beginning of the reversal of the illness that has seized the US body politic?

The odds are not good. Faux News is a 24x7 propaganda catapult, and the six hundred plus radio stations that have been spewing toxic talk over the air waves for over a decade have poisoned many weak hearts and minds. Add the Citizens United ruling to this lethal cocktail, and well ... it may be curtains on this great experiment, this sweetest fruit of the Age of Reason ...

Every major goal that international bodies have established for global environmental policy as of 2010 has been postponed, ignored or defeated. Sadly, this year will quite possibly become the warmest on record, yet another testimony to human-induced environmental catastrophes running out of control. Jeffrey Sachs, Scientific American, 9/10

And the situation on the ground in Darfur continues to deteriorate.

Amidst a rapidly deteriorating security and political climate, and at the height of the rainy season and “hunger gap,” Darfur’s people face severe challenges to survival, both in camps and rural areas. Recent events at Kalma camp portend increased violence directed against Internally Displaced Persons throughout Darfur, and Khartoum’s new “peace from within” plan ominously recalls similar plans during the genocide in the Nuba Mountains (1992-99). The UN refuses to provide substantial data and reports on humanitarian conditions in Darfur, continuing a trend of over a year. For its part, the US is “de-emphasizing” the Darfur crisis and shifting its focus to the southern self-determination referendum. Eric Reeves, Sudan Research, 8-31-10

And yet, it can even be worse. Just allow John Boehner to replace Nancy Pelosi as Speaker of the House, and send Carly Fiorina to Beltwayistan and Meg Whitman to Sacramento, and you will see how much worse it can get, and how fast. Right now, it is very bad, but we have some leverage and a place to stand. If we lose the House or are further weakened in the Senate, or if POTUS fails to be elected to a second term, and the 5-4 corporatist edge on SCOTUS is institutionalized for another generation, well ...

And those of you who think it might be better to stay home, and let it all turn back to the Greedy Oiligarch Plutocracy (GOP), in order to hasten some more radical change, you are as deluded as the tea-baggers who are following Beck and Palin over the cliff into a hell-realm.

For your further consideration, I offer these two bitter ironies:

Which side are you on? Yes, it is another moment to choose sides.


I encourage you to find out why 350 is the most important number in your life and the lives of everyone you love: go to 350.org or Google "Bill McKibben" for the answer.