Fear and Loathing at the End of the Mayan Calendar, An Elections 2012 Update: Naming Paul Ryan is Not Pandering to the Extreme Right; It is An Act of Brazen Confidence in the Triumph of the Will Thru Citizens United Cash & ALEC Vote Suppression 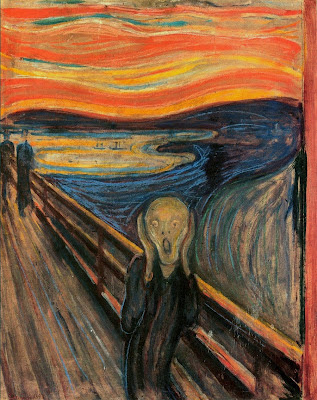 Fear and Loathing at the End of the Mayan Calendar, An Elections 2012 Update: Naming Paul Ryan is Not Pandering to the Extreme Right; It is An Act of Brazen Confidence in the Triumph of the Will Thru Citizens United Cash & ALEC Vote Suppression

So the Hollow Man has named Paul Ryan as his running mate. Do you understand the implications? The Death Eater overlords of the Zombie Cult formerly known as the Republican Party have just doubled down on the doctrine of delusionary selfishness. Ryan's budget ideas are not only cruel and deceitful, they are utterly INSANE. Tell me, should we be unfortunate enough to see Ryan sworn in will he have it done with his hand on Atlas Shrugged? It is, after all, his holy book. Literally. So now the Hollow Man, who has a Citizens United war chest of inconceivable amounts of cash, has told you in brazen, unambiguous terms that he intends to utterly dismantle Social Security and Medicare. What are you going to do? How are you going to respond?

I am struck by the profound contrasts. In 2008, the shell of a man formerly known as John McCain named Sarah Palin, a younger woman remarkable for the VACUITY of her ideas. In 2012, the Hollow Man, Mitt Romney, has named Paul Ryan, a younger man remarkable for the INSANITY of his ideas. Both Palin and Ryan are utterly lacking in conscience, both Palin and Ryan are paragons of aggression, both Palin and Ryan are so very dangerous. Both have been thrust on to the national stage, and suggested to stand one heart beat from the Presidency. And in naming Palin and Ryan, the Death Eater overlords of the Zombie Cult have shown such recklessness and such contempt for common sense. The sad truth, though, is that unlike Palin, who quickly became a laughing stock, Ryan will be held up as someone with bold ideas. Unlike Palin, the mainstream media will take Ryan seriously, and it will move his oh so dangerous ideas from the extremes, where they were hatched, into the forefront of the national psyche. Elections have consequences. Dire consequences.

Do not misinterpret the Hollow Man's move in naming Paul Ryan. The false meme will be that, in this choice, he is "pandering to the right wing once again." But this is not the truth of it. The truth of it is that in naming Ryan, the Hollow Man, and the Death Eater overlords he fronts for, are showing naked, unabashed confidence in what they see as the coming triumph of the Citizens United war chests amassed by Rove and others, and in the bitter harvest of the ALEC vote suppression legislation passed in battleground states. If you don't vote in 2012, or you throw your vote away, you will be the answer to the question, "How could it happen here?"

It's official: The Republican Party is now officially a wholly-owned subsidiary of the Koch brothers' political enterprise. How else to explain Republican presidential candidate Mitt Romney's pick of Rep. Paul Ryan, Wis., as his running mate. Yes, that Paul Ryan -- chairman of the House Budget Committee and author of the infamous Ryan roadmap budget plan, which promises to turn Medicare into a privatized voucher system, and yank health care from millions of children whose parents happen to be poor. And that's just the beginning. In addition to a raft of cuts, the Ryan plan would end the Earned Income Tax Credit, which millions of parents count on. It's a plan that even former House Speaker Newt Gingrich deemed too "radical." Adele Stan, Romney's Veep Choice: Paul Ryan, Koch Ally and 'Right-Wing Social Engineer' AlterNet, 8-10-12

Paul Ryan once said: "Ayn Rand, more than anyone else, did a fantastic job of explaining the morality of capitalism." The Wisconsin congressman and GOP nominee for vice-president has been known to give copies of Rand's books for gifts and has told many he bases policy after Rand's views. What did Rand believe so strongly? "What I am fighting is the idea that charity is a moral duty," once said the philosopher, and perhaps that is why Ryan has fought to cut Medicare and lead a revolution in the U.S. House to gut social services. Roman Catholics, evangelicals and mainline Christians are among the many faith voices in the U.S. that have condemned Ryan's efforts. Faculty at Georgetown University wrote Ryan a letter last year that stated in part: "...your budget appears to reflect the values of your favorite philosopher, Ayn Rand, rather than the Gospel of Jesus Christ. Her call to selfishness and her antagonism toward religion are antithetical to the Gospel values of compassion and love." Ryan's budget proposals affects the support of seniors, cut assistance to programs aimed at combating childhood hunger, and would leave people who have lost their jobs without heat during cold winter months. This isn't hyperbole but reasoned analysis of his budget goals from non-partisan groups like the Center on Budget and Policy Priorities ... At the same time, Ryan and his allies - including Mitt Romney - want to cut taxes for the wealthiest ... Rev. Chuck Currie, Paul Ryan Choice Lifts Up Difficult Moral Questions, Huffington Post, 8-11-12

Rep. Paul Ryan (R-WI), Mitt Romney’s vice-presidential pick, is a virulent denier of climate science, with a voting record to match. A favorite of the Koch brothers, Ryan has accused scientists of engaging in conspiracy to “intentionally mislead the public on the issue of climate change.” He has implied that snow invalidates global warming. Ryan has voted to prevent the Environmental Protection Agency from limiting greenhouse pollution, to eliminate White House climate advisers, to block the U.S. Department of Agriculture from preparing for climate disasters like the drought devastating his home state, and to eliminate the Department of Energy Advanced Research Projects Agency (ARPA-E) Brad Johnson, Climate Progress, 8-11-12

Posted by Richard Power at 8:21 AM