A Conspiracy of Love

There is so much love in the world; if only it would conspire with itself.

Love IS intelligence, love IS will, love IS conscience.

Love does not dispel darkness, it reveals darkness as the flesh of the Goddess.

Hate and evil are not dark, and good is not light.

They exist outside of nature.

Good is all life, including the mysterious alchemical process called "death."

There is so much love in the world; if only it would fall for itself.

Power's eighth book,  Humanifesto: A Guide to Primal Reality in an Era of Global Peril , is available now in soft cover and Kindle versions, from Amazon and elsewhere.
Posted by Richard Power at 6:56 PM


The beauty of life shares the same root system with the difficulty of life. Indeed, the deeper your embrace of life's beauty, the greater the difficulties that rise up all around you.

But it is NOT the truly human choice to rip out that whole root system, i.e., to sacrifice the beauty in order to eradicate the difficulty.

The bitter irony is that those who choose to attempt it end up killing out the beauty, and being left to contend with even more virulent strains of difficulty.

The truly human choice is to utterly embrace the beauty, in all of its vulnerability and transitoriness, and with eyes wide open to the greater difficulty that arrives in the same moment. From this brave choice arises a poignancy, a powerful poignancy, in which both the beauty and the difficulty are held perfectly, as if by the hands of some invisible goddess.

Power's eighth book,  Humanifesto: A Guide to Primal Reality in an Era of Global Peril , is available now in soft cover and Kindle versions, from Amazon and elsewhere.
Posted by Richard Power at 10:35 AM

I have regrets. They are sacred to me.

They inform my character. They bear witness to my evolution.

Glimpses of lost love and treasure are held inside of them;
like small beautiful creatures suspended in amber.

Do not avoid your regrets. Do not discard them.

If you deny their existence, you cheapen your experience.

Embrace them. Listen to their stories.

Wrap them in tattered prayer flags and place them on the altar of your life.

Hold them to your heart when you want to remember the price you paid to become who you truly are.

Power's eighth book,  Humanifesto: A Guide to Primal Reality in an Era of Global Peril , is available now in soft cover and Kindle versions, from Amazon and elsewhere. 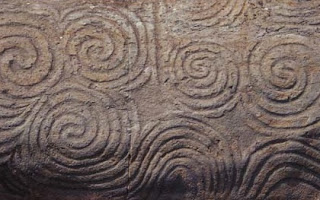 There is a cynicism that is profoundly spiritual, and a sarcasm that is sacred.

Within the shadow, there is an unspeakable holiness.

Do not turn away from this truth.

It will save you from much that does not serve you on your journey, and lead you to the "high, wild places" where too few ever worship.

Power's eighth book,  Humanifesto: A Guide to Primal Reality in an Era of Global Peril , is available now in soft cover and Kindle versions, from Amazon and elsewhere. 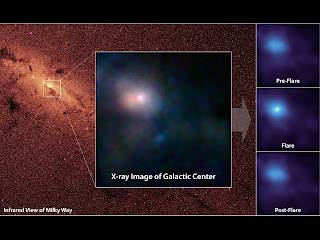 Posted by Richard Power at 8:05 AM