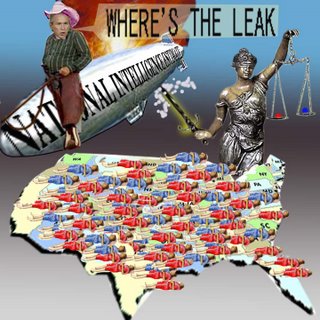 I challenge the American people to get informed and speak out. Remember that the Congress represents and works for the people. Congressional oversight committees have been strangely silent for too long, and our elected officials must step up to their responsibilities or be replaced. This is not about partisan politics, but rather what is good for our country. Our November elections are crucial. Every American needs to understand the issues and cast his or her vote. I believe that one needs to vote for the candidate who understands the issues and who has the moral courage to do the harder right rather than the easier wrong. Testimony of John R.S. Batiste, Major General US Army Retired, Senate Democratic Policy Committee Hearing, 9-25-06

The revolt of the professionals has only intensified. Just as it says in the Rove playbook, "never introduce a new product before Labor Day.” Revelation after revelation has been brought forth over these last three weeks. And yet, most of the US mainstream news media (the broadcast media, in particular) continues to carry the filthy water of the Bush-Cheney National Insecurity Team.

Recently, Air America Radio talk show host Randi Rhodes read aloud from the Mora Memo. What is the Mora Memo? It is a “Statement for The Record” from the “Office of the General Counsel” of the US Department of the Navy. The Mora Memo documents the US Navy’s principled resistance to the systematic abuse of prisoners at Guantanamo, something the Navy was told was sanctioned at “the highest levels.”

As I listened to Randi, I wondered what the impact would have been if had been Katie Couric that read it aloud instead of Randi? The reading wouldn’t have been delivered with such insight and such passion, but it would have reached tens of millions of people, instead of hundreds of thousands.

Instead, Couric was busy sucking up to Condi Rice. Rice never should have been National Security Adviser. She wasn't qualified. (But they didn't want anybody who really knew the job did they?) And she should have lost the job on 9/12/01. Instead, she was kicked upstairs to Secretary of State after Colin Powell gave up on these people.

Here are five stories about the debacle in Iraq and the coming debacle in Iran. These stories highlight the brave resistance of the USA’s military, intelligence and law enforcement professionals. Please take a few moments to consider them as a whole and then urge your fellow citizens to join you in taking action. If there is an election, you must heed the plea of Major General Batiste, you must vote for change. If the election is subverted, you must not accept it.

What do we do now? We are where we are, plagued by the mistakes of the past. Thankfully, we are Americans and with the right leadership, we can do anything. First, the American people need to take charge through their elected officials. Secretary Rumsfeld and the Administration are fighting a war in secret that threatens our democratic values. This needs to stop right now, today. Second, we must replace Secretary Rumsfeld and his entire inner circle. We deserve leaders whose judgment and instinct we can all trust. Third, we must mobilize our country for a protracted challenge, which must include conveying the “what, why, and how long” to every American… I challenge the American people to get informed and speak out. Remember that the Congress represents and works for the people. Congressional oversight committees have been strangely silent for too long, and our elected officials must step up to their responsibilities or be replaced. This is not about partisan politics, but rather what is good for our country. Our November elections are crucial. Every American needs to understand the issues and cast his or her vote. I believe that one needs to vote for the candidate who understands the issues and who has the moral courage to do the harder right rather than the easier wrong. I for one will continue to speak out until there is accountability, until the American people establish momentum, and until our Congressional oversight committees kick into action. Testimony of John R.S. Batiste, Major General US Army Retired, Senate Democratic Policy Committee Hearing, 9-25-06

Corporate media present: apparently none.
Panel 1: Witnesses: Lt. Gen. William Odom, Dr. Paul Pillar.
Pillar spoke first. He addressed the question of whether the disaster in Iraq is the result of poor execution or of the initial decision to go in at all. "Most of what we are seeing," he said, "and in particular the communal violence, is an almost inevitable result of having ousted the dictator Saddam Hussein."
Odom spoke second and addressed points of argumentation that he hears too often and is tired of hearing, including being told to ignore the past and focus on the future, to ignore how we got into Iraq and only talk about what to do from here on. Unless, Odom said, we discuss whose interests this war served, we cannot decide what to do. It served no U.S. interests. It served the interests of al Qaeda and Iran...
Pillar drew a comparison between Iraq and Afghanistan. The jihad in Afghanistan for 10 years against the Soviet Union served to train terrorists, he said, and we are still experiencing the results. Iraq is now that training ground, and we may see results for many years, he said.
Rep. Hinchey asked Odom "How do we get out?" Odom's reply came without a pause: "Well, the Constitution gives the House the right to impeach." Lt. General Odom speaks truth in basement of U.S. Capitol. Dome shakes, Rep. Woolsey and 15 Other Congress Members Hold Hearing on Iraq, David Swanson, After Downing Street, 9-26-06

A stark assessment of terrorism trends by American intelligence agencies has found that the American invasion and occupation of Iraq has helped spawn a new generation of Islamic radicalism and that the overall terrorist threat has grown since the Sept. 11 attacks. The classified National Intelligence Estimate attributes a more direct role to the Iraq war in fueling radicalism than that presented either in recent White House documents or in a report released Wednesday by the House Intelligence Committee, according to several officials in Washington involved in preparing the assessment or who have read the final document. The intelligence estimate, completed in April, is the first formal appraisal of global terrorism by United States intelligence agencies since the Iraq war began, and represents a consensus view of the 16 disparate spy services inside government. Titled “Trends in Global Terrorism: Implications for the United States,’’ it asserts that Islamic radicalism, rather than being in retreat, has metastasized and spread across the globe. An opening section of the report, “Indicators of the Spread of the Global Jihadist Movement,” cites the Iraq war as a reason for the diffusion of jihad ideology. The report “says that the Iraq war has made the overall terrorism problem worse,” said one American intelligence official. MARK MAZZETTI, Spy Agencies Say Iraq War Worsens Terrorism Threat, New York Times, 9-23-06

The "pardon" is buried in Bush's proposed legislation to create a new kind of military tribunal for cases involving top al-Qaida operatives. The "pardon" provision has nothing to do with the tribunals. Instead, it guts the War Crimes Act of 1996, a federal law that makes it a crime, in some cases punishable by death, to mistreat detainees in violation of the Geneva Conventions and makes the new, weaker terms of the War Crimes Act retroactive to 9/11. Press accounts of the provision have described it as providing immunity for CIA interrogators. But its terms cover the president and other top officials because the act applies to any U.S. national. Elizabeth Holtzman, Bush Seeks Retroactive Immunity for Violating War Crimes Act, Chicago Sun-Times, 9-23-06

As reports circulate of a sharp debate within the White House over possible US military action against Iran and its nuclear enrichment facilities, The Nation has learned that the Bush Administration and the Pentagon have moved up the deployment of a major "strike group" of ships, including the nuclear aircraft carrier Eisenhower as well as a cruiser, destroyer, frigate, submarine escort and supply ship, to head for the Persian Gulf, just off Iran's western coast....According to Lieut. Mike Kafka, a spokesman at the headquarters of the Second Fleet, based in Norfolk, Virginia, the Eisenhower Strike Group, bristling with Tomahawk cruise missiles, has received orders to depart the United States in a little over a week. Other official sources in the public affairs office of the Navy Department at the Pentagon confirm that this powerful armada is scheduled to arrive off the coast of Iran on or around October 21...First word of the early dispatch of the "Ike Strike" group to the Persian Gulf region came from several angry officers on the ships involved, who contacted antiwar critics like retired Air Force Col. Sam Gardiner and complained that they were being sent to attack Iran without any order from the Congress....
"I think the plan's been picked: bomb the nuclear sites in Iran," says Gardiner. "It's a terrible idea, it's against US law and it's against international law, but I think they've decided to do it."
DAVE LINDORFF, “War Signals?”, The Nation, 9-21-06