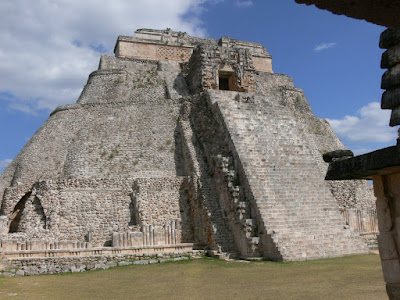 Walk with awareness. Dance with joy ...
Today is the beginning and the foundation
Of our exciting, interesting and magical life ...
We make the right judgement, the right decision, the right move
At the right time, at the right place
For ourselves and others.
And make planet Earth an oasis for the Universe
For the highest good of all concerned, so be it. Yoko Ono, Spring Affirmation 2011

Of course, there is always an opportunity to learn from our greatest blunders, but it would be a surprise if we did so.

The U.S. Interior Department recently declared BP's Atlantis oil-rig "safe." It is not.

Kenneth Abbott, the whistle-blower who raised the Atlantis safety issue two years ago, said the Interior Department's Bureau of Ocean Energy Management, Regulation and Enforcement is covering up for its inadequate oversight of Atlantis, when the agency was still known as the Minerals Management Service. "I'm disappointed but not really surprised," Abbott said. "My whole experience with the agency has been that their first job is to protect themselves, and then the oil companies. They may have changed their name, but not their way of operating. I'm certainly not giving up. I entered this fight to help prevent another catastrophe in the Gulf -- and that's still my mission." Times Picayune, 3-5-11

But whistle-blowers are not welcome along the banks of Denial, they are messengers bearing bad news (of catastrophes that could be avoided or could have been avoided), and we know what happens to the bearers of bad news.

Fukushima offers yet another poignant example.

We are now at this stage in the life of our country and our world: WikiLeaks revealed that the Japanese Government was warned three years ago that earthquake preparedness at the Fukushima Dai-ichi nuclear plant was dangerously insufficient.
Naturally, the leaders of the world are – or wish to start – prosecuting WikiLeaks, and not the Japanese Government. Keith Olbermann, FOK News Channel, 3-16-11

It was not Wikileaks that endangered Japan's national security by revealing the IAEA cable; it was the government that endangered national security, by ignoring the warning. Another instance, like 9/11, and the Climate Crisis, in which a government denies an imminent threat to its own people, because meaningful action would conflict with its own hidden agenda, or prove inconvenient for its corporate overlords. Wikileaks isn't our real problem, our real problem is the nature of the governance that it reveals.

And no, America is not broke. It is mad. Two trillion for foolish military adventures in Afghanistan & Iraq. one trillion for Bush's tax cuts for rich, one more trillion for the extension of it after the Zombie cult victories in 2010 mid-term. another trillion for bankster bail-out. Madness ... Oh, we should be spending trillions, but on turning the planet to green energy and a sustainable civilization; one rooted in the Universal Declaration of Human Rights (adopted by the U.N. General Assembly in 1947) and some version of the Universal Rights of Mother Earth (still to be refined and adopted).

We need to remind ourselves and those who we have empowered to govern in our name that it is the "general welfare" that is the goal, "life, liberty and the pursuit of happiness."

Corporations are not people; and money is not speech. And anyone who adheres to such insane notions must be removed from office by vote, or impeachment, or forced resignation, and soon.

Ah, but NBC Meat the Press, CBS Fork the Nation, Wolf Bluster's CNN Lost Edition, and the rest of the U.S. mainstream news media will now do its best to distract you from whose responsible for the insane design of the nuclear power plant in Fukushima, as well as 23 plants with the same design built in the U.S. (here's a hint: GE); and yes, they will attempt to distract you with military action. This time against the madman Gaddafi, who the world was quite happy to buy oil from and sell weapons to, until the people rose against him and almost overthrew him without any "help" (if it weren't for those damn weapons).

Don't get me wrong. I called for a no-fly zone in Libya. WEEKS AGO! That does not mean I am oblivious to the hypocrisy in which the political rhetoric and the media coverage is steeped.

Whatever Sarkozy et al say, what they mean is something more like "the Spice must flow, and the refugees must not."

"It is all wearingly familiar. And now we are back at it again, banging our desks in spiritual unity. We don't have many options, do we, unless we want to see another Srebrenica? But hold on. Didn't that happen long after we had imposed our 'no-fly' zone over Bosnia?" Robert Fisk, Libya: The Wearingly Familiar Odor of Regime Change, Independent, 3-19-11

And we really don't even have look back to Bosnia, or even to the Gulf (e.g., Bahrain) to reveal the hypocrisy of the great nations, do we?

The displaced people in Zamzam Camp in North Darfur on Friday called on the Security Council and Western nations to intervene and take immediate measures in Darfur, as had happened in Libya, to protect civilians from aerial bombardment and ground attacks by the government. They noted that the number of dead who were killed recently by aerial bombardment in Darfur is more than the number who died in Libya. Mia Farrow, 3-20-11


To follow events in Darfur and Sudan, go to Mia Farrow's site, it is the real-time journal of a humanitarian at work; the content is compelling, insightful and fiercely independent.