What the Real News Tells Us -- You and I and the Lions of the Serengeti are on Our Own. 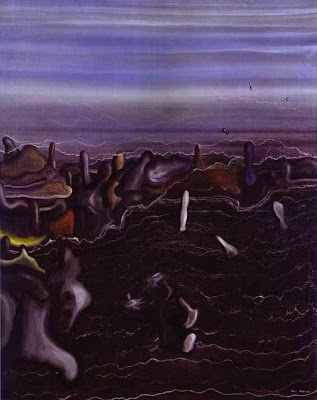 What the Real News Tells Us -- You and I and the Lions of the Serengeti are on Our Own.


News of delusional pronouncements are emerging from the G-8.

Rajendra Pachauri, the Nobel Prize winning chief of the IPCC explains: The head of the UN's Nobel-winning panel of climate change scientists said Tuesday that a pledge made by G8 leaders to at least halve global warming emissions by 2050 had a major flaw.
The world's wealthiest nations failed to specify a target for cutting greenhouse-gas emissions in the coming decade, a vital stepping stone for meeting the mid-century goal, said Rajendra Pachauri. Agence France Press, 7-8-08

So to compensate, here is some real news.

First, the real bad news: An international research team has published the first clear example of how climate extremes can create conditions in which diseases that are normally tolerated singly may converge and bring about mass die-offs in wildlife.
In a report issued June 25 by PLoS ONE, an online peer-reviewed research journal, researchers examined outbreaks of canine distemper virus (CDV) in 1994 and 2001 that resulted in unusually high mortality in Serengeti lions. ...
The study, led by scientists at the University of California, Davis, the University of Illinois, and the University of Minnesota, showed that both of the deadly CDV outbreaks were preceded by extreme drought conditions, which led to debilitated populations of Cape buffalo, the lion's prey. ...
This study suggests that extreme climatic conditions, such as the more frequent droughts and floods expected with global warming, are capable of altering normal host-pathogen relationships and bringing about a "perfect storm" of multiple infectious outbreaks, potentially triggering epidemics with catastrophic mortality. Terra Daily, 7-8-08

And now, the real good news: The organic food market has been growing slowly but surely in Chile over the past eight years. The market, which was worth US$200,000 in 2003, today represents US$7.4 million in sales and is expected to grow to US$53 million by 2013. Chile’s internal demand for organic products is increasing by 20 percent every year, with consumers currently purchasing US$200,000 in organic products per month.
Still, Chile’s organic fruit and vegetable production is mainly for export - directed to Europe and the United States, where organic food has been part of consumption habits for a longer time. ...
In the current global warming context, more and more consumers are professing the need for slow and nature-friendly agriculture. Santiago Times, 7-8-08

You and I and the Lions of the Serengeti are on our own.

The leaders of the great nations are still fiddling with themselves while the planet slowly burns.

Want to join over one million people on the Stop Global Warming Virtual March, and become part of the movement to demand our leaders freeze and reduce carbon dioxide emissions now? Click here.