Campaign '08 Summary: Beyond Grant Park -- Many Rivers to Cross 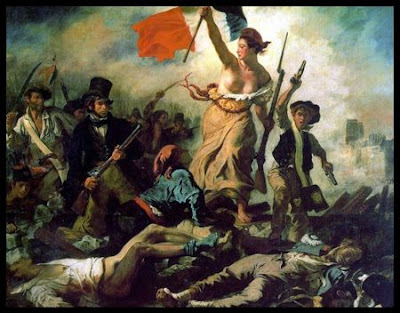 Anti-Americanism will not suddenly, magically disappear. but it will have a harder time surviving and it will be forced to revisit its sales pitch. Will there be a planetary shock wave? Another New Deal, a geopolitical one? One thing is certain, the new president will feel a meta-historical weight on his shoulders: never before has an American election aroused in the rest of the world so much wild yet reasonable hope." Bernard-Henri Levy, Financial Times, 11-6-08

In his message, His Holiness wrote, “I am encouraged that the American people have chosen a President who reflects America's diversity and her fundamental ideal that any person can rise up to the highest office in the land. This is a proud moment for America and one that will be celebrated by many peoples around the world.” H.H. Dalai Lama, Tibet Post International, 11-5-08

If there is anyone out there who still doubts that America is a place where all things are possible; who still wonders if the dream of our founders is alive in our time; who still questions the power of our democracy, tonight is your answer.
It's the answer told by lines that stretched around schools and churches in numbers this nation has never seen; by people who waited three hours and four hours, many for the very first time in their lives, because they believed that this time must be different; that their voice could be that difference. Barack Obama, Grant Park, 11-4-08

Campaign '08 Summary: Many Rivers to Cross

Yes, there is "wild but reasonable hope" in the air.

Even though the economic crisis is dire, and the environmental crisis is even more serious.

As evidence I refer you to that sea of hundreds of thousands of jubilant patriots in Grant Park on the night of the election. Some of them were waving huge US flags from tall poles, rippling in the chill Chicago night.

They were not chanting "Drill, baby, drill."

They were thunderously welcoming the President-Elect, a decent young man who was raised on food stamps and taught constitutional law for several years.

For more evidence, I refer you to the Electoral College results.

Now we know it wasn't just Ohio, Florida, Colorado and Virginia, it was also Indiana and North Carolina. In other words, the 2008 US presidential election was a rout.

But you won't hear the words "rout" or "landslide" or "blow-out" on the air waves in the US.

If, on the other hand, you take a glance at front page of London's Financial Times, you will get some perspective:

At the end of 2007, with the publication of Left-Handed Security: Overcoming Fear, Greed & Ignorance in an Era of Global Crisis, I wrote about the deadlines that loomed ahead, "Will the USA choose reason or madness in 2008? Will UN peacekeepers halt the genocide in Darfur? Will the governments of the world achieve a meaningful accord on global warming by 2009, or stumble again as in Kyoto and Bali? Will the UN Millennium Development Goals be achieved by 2015? Will humanity rise to the challenges of overpopulation, water scarcity and other sustainability issues?

Well, the US chose reason over madness.

There is a lot of work to be done.

But in his twenty-two month campaign for the White House, Obama exhibited brilliance in both strategy and tactics, together with a subtle blend of pragmatism and moral integrity; if he brings those qualities to the challenges of governing, then I am confident that the promise of change will evolve into the reality of progress.

And no matter what happens, the most urgent goal of our collective endeavor has been achieved -- the republic has been given a temporary reprieve (although if we do not take advantage of it, we will deserve what befalls us when the reprieve ends).

The US Senate and House of Representatives will certainly benefit from the defeat of numerous denizens who unquestioningly enabled the national security, economic and environmental debacles of the last eight years.

Moving forward, Words of Power will focus on the other important deadlines I identified in Left-Handed Security:

In 2009, the nations of the world must reach a serious and sweeping agreement on swift and significant reductions in greenhouse gas emissions. There is also urgent need to action on the world water crisis and other life or death sustainability issues.

And in 2015, the world's vow to cut extreme poverty in half, deliver universal primary education and the other UN Millennium Development Goals will come due.

And, of course, every tomorrow is another failed deadline on Darfur.

The republic has been placed on the road to renewal, now the planet cries out for rescue.

For an archive of Words of Power posts on the UN Millennium Goals, click here.