Why is the Heavy Lifting Left to the Old Men? Conyers & Carter Put Their Shoulders to Seemingly Immovable Mountains 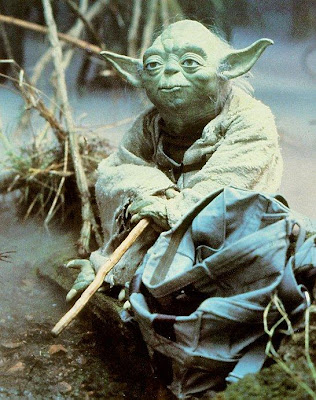 I understand that many feel we should just move on. ... I understand the power of that impulse. Indeed, I want to move on as well ... But in my view it would not be responsible to start our journey forward without first knowing exactly where we are. Rep. John Conyers, Jr. (D-CA), Why We Have To Look Back, Washington Post, 1-16-09

I know from personal involvement that the devastating invasion of Gaza by Israel could easily have been avoided. Jimmy Carter, An Unnecessary War, Washington Post, 1-8-09

Why is the Heavy Lifting Left to the Old Men? Conyers & Carter Put Their Shoulders to Seemingly Immovable Mountains

Within one week, here at the dawn of a new era, two elder statesmen have punched through the thick, high wall of denial that surrounds Beltwayistan and spoken words of power from the Op-Ed pages of the Washington Post.

In his 1-8-09 piece, Carter exposed the current savagery in Gaza for what it is, and in his 1-16-09 piece, Conyers argues for action in his blockbuster report on Lessons and Recommendations Relating to the Presidency of George W. Bush.

But who will listen?

Carter wasn't on the Sunday morning network news programs after his Op-Ed piece, and I doubt Conyers will be either. There is no more damning example of what is wrong with our political system and our media culture.

Why is the heavy lifting left to the old men?

Well, those political "leaders" still in the prime of life have to spend most of their time raising money. And they know that they would face well-financed primary challenges and/or intense media scrutiny if they were to speak the truths that are not only inconvenient but also incendiary.

For archival purposes, if nothing else, here are excerpts from the Op-Ed pieces of Conyers and Carter:

This week, I released "Reining in the Imperial Presidency," a 486-page report detailing the abuses and excesses of the Bush administration ... I consider these three points crucial:
First, Congress should continue to pursue its document requests and subpoenas that were stonewalled under President Bush. ...
Second, Congress should create an independent blue-ribbon panel or similar body to investigate a host of previously unreviewable activities of the Bush administration, including its detention, interrogation and surveillance programs.
... Third, the new administration should conduct an independent criminal probe into whether any laws were broken in connection with these activities. Rep. John Conyers, Jr. (D-CA), Why We Have To Look Back, Washington Post, 1-16-09

I know from personal involvement that the devastating invasion of Gaza by Israel could easily have been avoided.
After visiting Sderot last April and seeing the serious psychological damage caused by the rockets that had fallen in that area, my wife, Rosalynn, and I declared their launching from Gaza to be inexcusable and an act of terrorism. ...
Knowing that we would soon be seeing Hamas leaders from Gaza and also in Damascus, we promised to assess prospects for a cease-fire. ... We knew that the 1.5 million inhabitants of Gaza were being starved, as the U.N. special rapporteur on the right to food had found that acute malnutrition in Gaza was on the same scale as in the poorest nations in the southern Sahara, with more than half of all Palestinian families eating only one meal a day. ...
After about a month, the Egyptians and Hamas informed us that all military action by both sides and all rocket firing would stop on June 19, for a period of six months, and that humanitarian supplies would be restored to the normal level that had existed before Israel's withdrawal in 2005 (about 700 trucks daily). ... Yet the increase was to an average of about 20 percent of normal levels. ... And this fragile truce was partially broken on Nov. 4, when Israel launched an attack in Gaza to destroy a defensive tunnel being dug by Hamas inside the wall that encloses Gaza.
On another visit to Syria in mid-December, I made an effort for the impending six-month deadline to be extended. ... The Israeli government informally proposed that 15 percent of normal supplies might be possible if Hamas first stopped all rocket fire for 48 hours. This was unacceptable to Hamas, and hostilities erupted. ... Jimmy Carter, An Unnecessary War, Washington Post, 1-8-09