Where There is Smoke There is Fire -- Words of Power from Wilkerson, Ventura, Whitehouse, Soufan & Pelosi 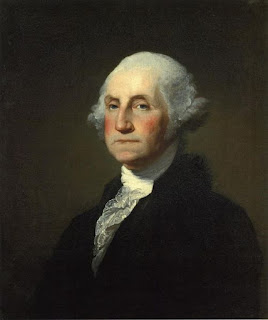 Ali Soufan: This amateurish technique is harmful to our long-term strategy and interests. It plays into the enemy’s handbook ...It also taints sources, risks outcomes, ignores the endgame, and diminishes our moral high ground. Democracy Now!, 5-14-09)

Col. Lawrence Wilkerson: This is idiocy of the first order that Dick Cheney is putting out.” Raw Story, 5-13-09

Jesse Ventura: I’ll put it to you this way, you give me a water board, Dick Cheney and one hour, and I’ll have him confess to the Sharon Tate murders. Larry King Live, 5-12-09

Speaker Pelosi: We needed to elect a new President. We did; and he has banned torture. ... I have long supported creation of an independent Truth Commission to determine how intelligence was misused, and how controversial and possibly illegal activities like torture were authorized within the Executive Branch. The Gavel, 5-14-09

Where There is Smoke There is Fire -- Words of Power from Wilkerson, Ventura, Whitehouse, Soufan & Pelosi

I promised you an important post on the Climate Crisis, but as someone who spoke out on torture over the eight year of the Bush-Cheney regime, and for the sake of continuity and context within this archive of these tumultuous times, I feel compelled to record some recent developments and weigh in on these issues.

In response to former VICE _resident Cheney's latest harm offensive, the most eloquent refutations and rebukes were offered by US Army Col. Lawrence Wilkerson (Retired), the distinguished former Chief of Staff to U.S. Secretary of State Colin Powell, and one of the heroes of the patriotic front during the last eight years, and former Governor Jesse Ventura, who is worthy of respect as a genuine independent and freethinker, and a former US Navy Seal.

On the air with Rachel Maddow, Col. Wilkerson said:

You notice that Dick Cheney always says ‘7 1/2 years,”" Wilkerson told Maddow. “That’s because he has the honor of being — or the dishonor of being — the man on whose watch 3000 Americans died. More Americans died from a terrorist attack under Dick Cheney’s leadership, if you will, than any other president in our history.”
“The reason we have not had another attack in this country,’ Wilkerson continued, “is over 200,000 Americans who have been fighting in Afghanistan and Iraq. … We have had 200,000 Americans overseas presenting al Qaeda with very, very lucrative targets — and therefore, why would they want to come here? This is idiocy of the first order that Dick Cheney is putting out.” Raw Story, 5-13-09

On the air with Larry King, Gov. Ventura said:

VENTURA: That’s right. I was water boarded, so I know — at SERE School, Survival Escape Resistance Evasion. It was a required school you had to go to prior to going into the combat zone, which in my era was Vietnam. All of us had to go there. We were all, in essence — every one of us was water boarded. It is torture.
KING: What was it like?
VENTURA: It’s drowning. It gives you the complete sensation that you are drowning. It is no good, because you — I’ll put it to you this way, you give me a water board, Dick Cheney and one hour, and I’ll have him confess to the Sharon Tate murders. Larry King Live, 5-12-09

Those who are swept up in the brouhaha over whether or not to release the torture photos at this moment are missing the real news of this cycle. These horrific photos will be released sooner than later, one way or another.

If there is anything important at all in the story it is that the very reason for blocking their release, i.e., the threat to US military personnel on the ground in Iraq and Afghanistan, offers further, irrefutable corroboration of the truth that the Bush-Cheney regime's torture has been disastrously counter-productive for the USA.

The real news of the news cycle was what Sen. Sheldon Whitehouse (D-RI) and his witness, FBI interrogator Ali Soufan, established not only about the credibility of George Bush but also about the utter travesty of the Bush-Cheney regime's torture program. Everything worthwhile that was gained not from torture but from traditional methods promoted by decent human beings from George Washington to the authors of the Geneva Accords.

ALI SOUFAN: The interrogator uses a combination of interpersonal, cognitive and emotional strategies to extract the information needed. If done correctly, this approach works quickly and effectively, because it outsmarts the detainee using a method that he is not trained nor able to resist. The Army Field Manual is not about being soft. It’s about outwitting, outsmarting and manipulating the detainee.
The approach is in sharp contrast of the enhanced interrogation method that instead tries to subjugate the detainee into submission through humiliation and cruelty. A major problem is it—it is ineffective. Al-Qaeda are trained to resist torture, as we see from the recently released DOJ memos on interrogation. The contractors had to keep requesting authorization to use harsher and harsher methods.
In the case of Abu Zubaydah, that continued for several months, right ’til waterboarding was introduced. And waterboarding itself had to be used eighty-three times, an indication that Abu Zubaydah had already called his interrogators’ bluff. In contrast, when we interrogated him using intelligent interrogation methods, within the first hour we gained important actionable intelligence.
This amateurish technique is harmful to our long-term strategy and interests. It plays into the enemy’s handbook and recreates a form of the so-called Chinese wall between the CIA and the FBI. It also taints sources, risks outcomes, ignores the endgame, and diminishes our moral high ground. ...
SEN. SHELDON WHITEHOUSE: On September 6, 2006, President Bush stated the following: “Within months of September 11, 2001, we captured a man named Abu Zubaydah. ... As his questioning proceeded, it became clear that [Zubaydah] had received training on how to resist interrogation. And so, the CIA used an alternative set of procedures.”
Does that statement by the President accurately reflect the interrogation of Abu Zubaydah?
ALI SOUFAN: Well, the environment that he’s talking about, yes, it reflects—you know, he was injured, and he needed medical care. But I think the President—my own personal opinion here, based on my recollection, he was told probably half-truth.
SEN. SHELDON WHITEHOUSE: And repeated half-truth, obviously. His statement, as presented, does not conform with what you know to be the case—
ALI SOUFAN: Yes, sir.
SEN. SHELDON WHITEHOUSE: —from your experience on-hand.
ALI SOUFAN: Yes, sir. Democracy Now!, 5-14-09)

In another fascinating twist in the narrative, Speaker of the House Nancy Pelosi (D-CA) has now made a definitive statement addressing insinuations from both the right and the left. If our society continues on as an open one (and yes, that is still in question), history will be kinder to Speaker Pelosi than the progressive blogosphere has been:

Throughout my entire career, I am proud to have worked for human rights, and against the use of torture, around the world. ...
I unequivocally oppose the use of torture by our government because it is contrary to our national values. ...
The CIA briefed me only once on some enhanced interrogation techniques, in September 2002, in my capacity as Ranking Member of the House Intelligence Committee.
I was informed then that Department of Justice opinions had concluded that the use of enhanced interrogation techniques was legal. The only mention of waterboarding at that briefing was that it was not being employed. ...
We needed to elect a new President. We did; and he has banned torture. ...
I have long supported creation of an independent Truth Commission to determine how intelligence was misused, and how controversial and possibly illegal activities like torture were authorized within the Executive Branch.
Until a Truth Commission is implemented, I encourage the appropriate committees of the House to conduct vigorous oversight of these issues. The Gavel, 5-14-09