I took these photos of the Gates of Hell in the Rodin sculpture garden on a recent visit to Stanford University. 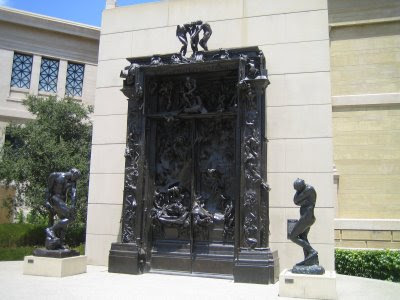 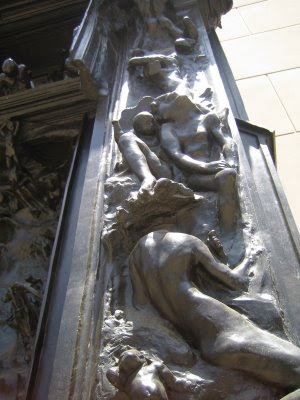 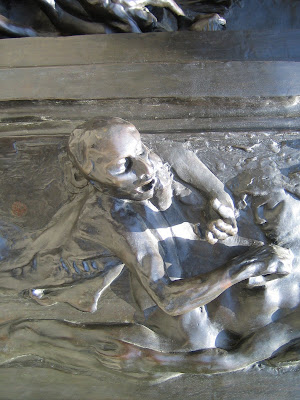 Chanting a bitter new rallying cry, thousands of Iranians marched through Tehran Thursday in the latest protest over last month's disputed presidential election, but riot police fired tear gas and blocked them from reaching their intended goal of Tehran University.
"Mojtaba, we wish you dead, and never to become the leader," was the new cry in the streets, referring to the son of supreme leader Ayatollah Ali Khamenei. According to many analysts, Khamenei's son holds the real power in Iran and along with Ayatollah Mohammad Taqi Mesbah Yazdi was responsible for a virtual coup before the votes were counted to keep President Mahmoud Ahmadinejad in office. McClatchy, 7-9-09

The world is careening toward calamity, in more ways than one; and most of its leaders are either hamstrung or deluded.

The USA, in particular, is at great risk, economically and environmentally; indeed, it is in a more vulnerable position than it has been since the earliest years of its existence.

Time for another reality check, both in Tehran and inside Beltwayistan.

Among those struggling to free Iran from the grips of theocratic dictatorship, there is remarkable clarity.

Consider the remarks of Iranian Nobel Peace Prize laureate, Shirin Ebadi: Ebadi, on Tuesday said that the international community should limit its dialogue with Iran, following the violent crackdown on post-election protests ... Ebadi, a human rights lawyer and former judge, said that if negotiations do not result in democratic reforms in Iran, the West should curb its political relations with the Islamic Republic, reports Italy’s ASCA news agency. Washington TV, 7-7-9 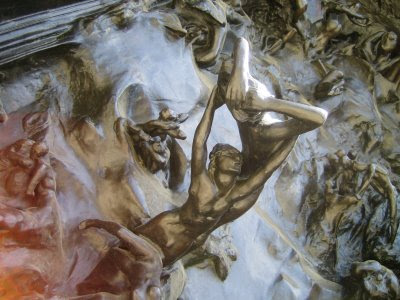 Consider the remarks of Ayatollah Mohsen Kadiva: This Iranian form of theocracy has failed. The rights of the Iranian peoples are trampled upon and my homeland is heading towards a military dictatorship. President Mahmoud Ahmadinejad behaves like an Iranian Taliban. The supreme leader, Mr. Ali Khamenei, has tied his fate to that of Ahmadinejad, a great moral, but also political mistake. Der Spiegel interview, 7-1-09

On a conference call co-sponsored by the Huffington Post and Where Is My Vote?, Mohsen Makhmalba made some compelling remarks (transcribed by blogger Julie Jigsawnovich): "I spoke yesterday at the European Parliament, asking them not to recognize Ahmadinejad as President. I demanded them to consider the nuclear and the democratic issue as one issue--not as two, because we are facing one dictator government in Iran ... I think that the fate of democracy in Iran and the fate of the world are tied together ... Obama has said there is no difference between Ahmadinejad and Mousavi. If so, there is no difference between Bush and Obama. Ahmadinejad has Hitler as his role model. Mousavi has Ghandi and Mandela as his role models. Iranian people cannot go abroad to ask Obama or Mandela to lead them. The world community cannot dictate which leaders Iranian people choose." Jigsawnovich, 7-9-09 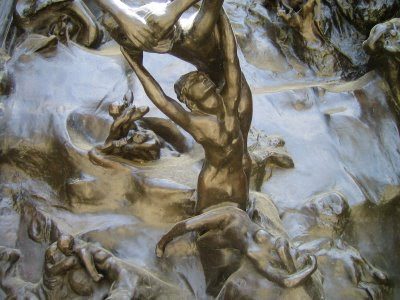 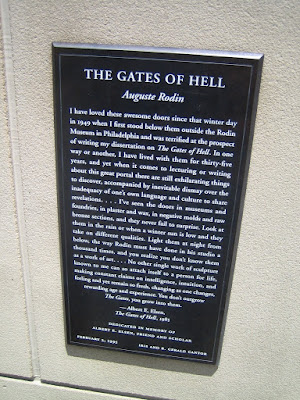 But inside Beltwayistan, as the political establishment wrings its hands over the Climate Crisis, the Healthcare Debacle, the Three Trillion Dollar War, and other disasters, both ongoing and impending, and progressive leaders are forced to fight for unsatisfactory and inadequate solutions; there is little such clarity, and most of what clarity there is rises from the alternative media, and from the voices of dissidents.

Consider what James Hansen has to say about the Waxman-Markey bill: The concentration of CO2 in our atmosphere now stands at 387 parts per million, the highest level in 600,000 years and more than 100 ppm higher than the amount at the dawn of the Industrial Revolution. Burning just the oil and gas sitting in known fields will drive atmospheric CO2 well over 400 ppm and ignite a devil's cauldron ... The essential step, then, is to phase out coal emissions over the next two decades. And to declare off limits artificial high-carbon fuels such as tar sands and shale while moving to phase out dependence on conventional petroleum as well. This requires nothing less than an energy revolution based on efficiency and carbon-free energy sources. Alas, we won't get there with the Waxman-Markey bill, a monstrous absurdity hatched in Washington after energetic insemination by special interests ... Dr. James Hansen, Huffington Post, 7-9-09 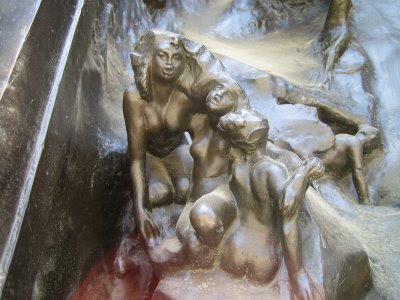 Consider what Jane Hasmher has to say about the public option: We bailed out the banks to the tune of 2 trillion dollars in the past year, put through an enormous stimulus bill, bailed out the European banks, put through yet another war supplemental, and never asked how we were going to pay for it. We just wrote a bunch of big checks. But now that it has come to taking care of the health of Americans, well, we have to tighten the old belt and it's suddenly "pay-as-you-go." ... Compared to the huge sums we've shelled out without batting an eyelash over the past year, why are we going to have a shitty, compromised plan just so Blanche Lincoln and Olympia Snowe can achieve their objectives of protecting insurance company profits, when for $30 billion more a year we could actually do it right? Why is that suddenly such a big price tag?
In short, if we need more economic stimulus, why aren't we talking about health care as economic stimulus? Jane Hamsher, firedoglake (via Common Dreams), 7-9-09 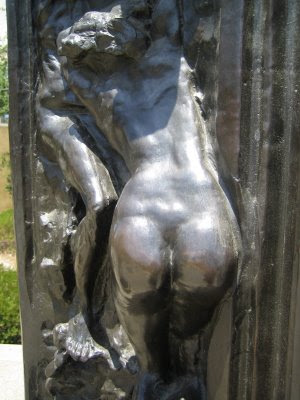 Consider what Joe Stiglitz and Linda Blimes have to say about what the foolish military adventure in the desert has done to the US economy: By our accounting, the U.S. has already spent $1 trillion on operations and related defense spending, with more to come -- and it will cost perhaps $2 trillion more to repay the war debt, replenish military equipment and provide care and treatment for U.S. veterans back home ... This wartime spending undoubtedly has been a major contributor to our present economic collapse. The U.S. has waged an expensive war as if it required little or no economic sacrifice, funding the conflict by massive borrowing ... The president has just signed yet another "emergency" supplemental appropriations measure ($80 billion) to fund continuing operations in Iraq and expansion into Afghanistan. This means that for the 30th time since 2001, war spending has been rushed through the budget process without serious scrutiny. Joseph Stiglitz & Linda Blimes, Capitol Times (via Common Dreams), 7-7-09

I do not know what will become of the Iranian uprising.

Nor do I know if the USA will survive the dysfunction and denial it has succumbed to.

But I do know that as long as there is life, there is hope, and we must continue to work for human rights, sustainability and peace for all people.

Everyone and everything everywhere is connected.

Posted by Richard Power at 7:27 PM