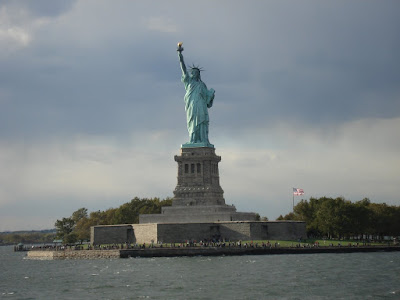 The British embassy in Indonesia is displaying a large image of Burma’s opposition leader Aung San Suu Kyi in downtown Jakarta to coincide with the visit to Burma by UN Secretary-General Ban Ki-moon. Irrawaddy, 7-3-09

During a press briefing held in Washington last month [Gration the special envoy of the President Barack Obama] told reporters there is no genocide in Darfur but the "remnants of genocide.” The envoy’s remarks drew widespread criticism by Darfur advocacy groups … Sudan Tribune, 7-3-09

A year after adopting the resolution, Congo remains the worst place on the planet to be a woman. Over 12 years, in a regional economic war for resources, hundreds of thousands of women and girls have been raped and tortured, their bodies destroyed by unimaginable acts. Eve Ensler, Washington Post, 6-30-09

Life is a oneness. Everyone and everything everywhere is connected.

Two decades ago, I had lunch with a brilliant French venture capitalist. He was bemoaning his country's fate, ranking as it did below the state of California, in terms of economic power. He told me he was returning to France to do something about it.

Now California has fallen into shadow and flirts with chaos.

No, not because of that French venture capitalist, but because of Howard Jarvis, Ronald Reagan, Ken Lay and the doctrine of Selfishness that they and their ilk have promoted over the years.

But how many Californians are willing to acknowledge it?

These are the questions that should preoccupy us on this Independence Day.

The rebellion of the colonies was not against taxation, it was against "taxation without representation." Today, in the USA, over two centuries after our revolution, it is still possible, albeit difficult, for us to throw our elected representatives out of office and replace them with others who vow to be more responsive.

There are worse afflictions than higher taxes, e.g.:

Not having a job

Having your few months of unemployment "insurance" run out

Having no health "insurance"

Paying more than you can afford for health "insurance" and still having your claim denied by those parasites that have affixed themselves, like blood-swollen ticks, to the relationship to you and your doctor

There are also other woes worse than higher taxes, e.g.:

What has happened to us?

Wars, the saying goes, are what happens when diplomats believe their own b.s.

Well, economic and environmental ruin are what happens when corporate executives believe their own b.s.

Mountaintop removal coal mining is the worst environmental tragedy in American history. When will the Obama administration finally stop this Appalachian apocalypse?
If ever an issue deserved President Obama's promise of change, this is it. Mining syndicates are detonating 2,500 tons of explosives each day -- the equivalent of a Hiroshima bomb weekly ...
President Obama should go to Appalachia and see mountaintop removal. My father visited Appalachia in 1966 and was so horrified by strip mining -- then in its infancy -- that he made it a key priority of his political agenda ...
The coal industry provides only 2 percent of the jobs in Central Appalachia. Wal-Mart employs more people than the coal companies in West Virginia ...
Obama has the authority to end mountaintop removal, without further action from Congress and without formal rulemaking. He just needs to make the coal barons obey the law. Robert F. Kennedy, Jr., Washington Post, 7-3-09

Meanwhile, throughout the world, too many calls for freedom remain unanswered.

The British embassy in Indonesia is displaying a large image of Burma’s opposition leader Aung San Suu Kyi in downtown Jakarta to coincide with the visit to Burma by UN Secretary-General Ban Ki-moon. The image is being projected on a large banner located at the perimeter of the Bundaran HI traffic circle in the Indonesian capital. The three-day action began on Thursday and ends at sunset on Saturday … The British embassy said in a statement that the image of Suu Kyi was being shown to mark two important events—Ban’s visit to Burma, which began on Friday, and Suu Kyi’s trial. Irrawaddy, 7-3-09

What would it have cost the USA to join Britain in this highly visible and symbolical important protest?

Of course, it would have cost nothing at all.

Half a year into the new administration, is the US government continuing to fail the women of Darfur and Congo?

It is getting increasingly difficult to remain positive in this regard.

Darfur rebels urged the US administration to review its approach in dealing with the Sudanese government saying the current constructive engagement with Khartoum government is harmful for a just resolution of the six year conflict in Western Sudan.
Scott Gration the special envoy of the President Barack Obama pressed the Justice and Equality Movement (JEM) in a meeting held last week in the Chadian capital Ndjamena to sign a ceasefire agreement despite the non-implementation of goodwill agreement since five months as held by the rebel group.
During a press briefing held in Washington last month Gration told reporters there is no genocide in Darfur but the "remnants of genocide”.
The envoy’s remarks drew widespread criticism by Darfur advocacy groups and the US State Department issue a statement the next day to reaffirm the official position of the US administration over the genocide label. Sudan Tribune, 7-3-09

A year after adopting the resolution, Congo remains the worst place on the planet to be a woman. Over 12 years, in a regional economic war for resources, hundreds of thousands of women and girls have been raped and tortured, their bodies destroyed by unimaginable acts. The Security Council's implementation of Resolution 1820 in Congo -- the very place that inspired it -- has been an utter failure ... President Obama and U.N. Ambassador Susan Rice should send a very clear message to the world. It is within U.S. power, as a member of the Security Council, to push for measures to end impunity and to carve out an enduring peace through careful diplomacy for the people of Congo ... The women of eastern Congo are enduring their 12th year of sexual terrorism. The girl children born of rape are now being raped. What will it take for the United Nations to finally do something meaningful to stop the violence? The women are waiting. Eve Ensler, Washington Post, 6-30-09

To read Nowhere to Turn: Failure to Protect, Support and Assure Justice for Darfuri Women, a recent report from Physicians for Human Rights, click here.

To read DR Congo: Massive Increase in Attacks on Civilians, a recent Human Rights Watch statement on the facts on the ground in the Congo, click here.

Congo in Crisis: Why your Cell Phone is Part of the Problem