And That's the Way It Is, June 28th, 2009; Not ABC Weak in Revision, CBS Fork the Nation, NBC Meat the Press or CNN Lost Edition

Daryl Hannah in Clan of the Cave Bear 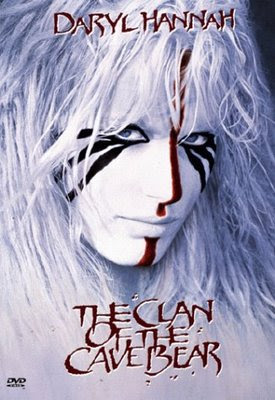 "If I sit silently, I have sinned." Mohammed Mossadegh

And That's the Way It is, June 28th, 2009; Not ABC Weak in Revision, CBS Fork the Nation, NBC Meat the Press or CNN Lost Edition

It is only human nature to rant at the car radio, and in frustration, cry out to the heavens, "if only I were king," but, of course, it might be more germane to wish, "If only I were a TV network news anchor."

And now for a summary news and commentary on this last week's major stories:

The lead story, of course, is the Climate Crisis, the global emergency that threatens every nation, every economy, every ecosystem and every species.

In a narrow victory in the US House of Representatives, the Markey-Waxman "American Clean Energy Security" (ACES) bill was sent on to the US Senate ("Hail Mary, full of grace...") Is it enough? "No." Will the final product be even weaker once the powdered wigs of the Senate get a hold of it? Certainly.

But at least we have moved on from the suicidal debate about whether the crisis is real to the only slightly less exasperating debate about what we should do and how much it is going to cost.

After the bill's passage Friday evening, Nobel Peace Prize winner Al Gore issued a statement: This comprehensive legislation will make meaningful reductions ... The next step is passage of this legislation by the Senate to help restore America's leadership ... We are at an extraordinary moment, with an historic opportunity to confront one of the world’s most serious challenges. Our actions now will be remembered by this generation and all those to follow – in our own nation and others around the world. Al Gore, 6-26-09

In related news, preeminent US climate scientist, NASA's James Hansen, who has been a Hero of the Evolution, took his principled leadership a step farther this week; he went to the coal fields of West Virginia and got himself arrested along with actress Darryl Hannah and other activists. (Understory, 6-24-09)

In Iran, massive protests in the aftermath of a fraudulent "victory" in the recent presidential election have been answered with a savage crackdown. In the past several days, evidence of brutal beatings, especially of women, the televising of coerced and false confessions, the seizing of people's mobile devices in the streets, and terrifying raids on private residences in the dark hours of the night have escaped Iran's censors.

Ahmendijad and the US right-wing have two troubling sentiments in common:

1. They are both completely disingenuous.

2. Neither wants the Iranian people's uprising to succeed.

The US neo-con power cluster has no more enthusiasm for a vibrant, independent democratic Iran than the powers that be wanted the Mossadegh regime to succeed in the early 1950s. They want an excuse for war. When Powell said, "You break it, you own it" in arguing against the invasion and occupation of Iraq, the neo-cons said, "Yeah, baby."

But this "sound and fury signifying nothing" pales in contrast to breaking (and heart-breaking) news from Iran: Rafsanjani has now capitulated to the dictator, and Mousavi has agreed to call no further demonstrations "without a permit." Have the brave Iranians dying in the streets and their brothers and sisters languishing in prison been abandoned?

And in the third story of the evening, from Irrawaddy, the paragon of independent journalism for the struggling people of Burma, news that the Junta wants the Bomb, and they may have a supplier:

Relations between Burma and North Korea have attracted intense attention in recent weeks, as suspicions grow that the two pariah states are joining forces in a bid to thwart international sanctions against them.
Two recent developments have greatly added to worries that these two countries are becoming a double threat to regional security. The first was the departure of a North Korean cargo ship, the Kang Nam 1, from a port near Pyongyang on June 17 ... The second was the leaking of documents and video footage showing caves and tunnels being constructed in Burma with the help of North Korean engineers—possibly as part of a controversial nuclear program by the Burma junta. Irrawaddy, 6-27-09

Tell me, which will come first in Burma, the freeing of Aung San Suu Kyi or the acquiring of North Korean nuclear weapon?

But we have our priorities straight here at Words of Power, and we are out of time, so you will have to turn to the cable news networks wall to wall coverage on that story.

In lieu of "Goodnight," we leave you with this You Tube exclusive, the full CNN audio interview with a witness of the "massacre at Baharestan Square" (where a peaceful demonstration in front of the Iranian parliament was met with a sadistic surprise attack by militia and security forces of the Islamic government) The interview was subsequently censored when replayed. This is the original full length audio: