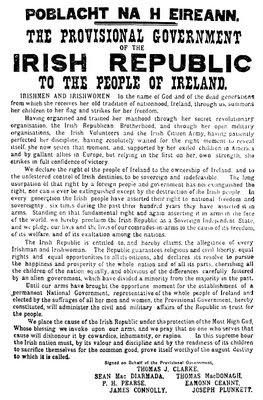 Unfortunately, true freedom fighters, e.g, Federico Gabriel Lorca, Deitrich Boenhoeffer, the men who took the Post Office in the Easter Rebellion, etc., are easy to spot; they are typically alone, either unarmed or outgunned, and against the wall.

And yes, tragically, the young men, and women of all ages, bravely protesting the theft of the Iranian election are looking like true freedom fighters.

Where is the conscience of the world tonight?

Turning its face away, as usual; no matter what stern words of indignation it mouthes.

Where will it be tomorrow? 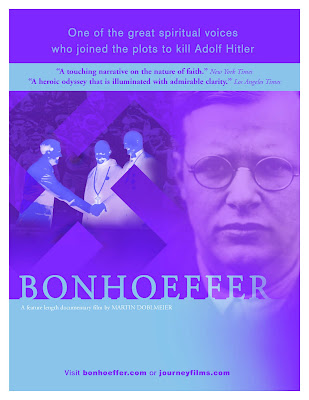 The ultimate question for a responsible man to ask is not how he is to extricate himself heroically from the affair, but how the coming generation shall continue to live. Dietrich Bonhoeffer, After Ten Years (December 1942)

Who remembers the name of the man who stood in front of the line of tanks at Tiananmen Square? Who knows what became of him?

In the West, there are few people I would want to listen to tonight, other than Robert Fisk or Noam Chomsky. (Although, to follow events in this crisis, I refer you to the excellent work of Juan Cole's Informed Comment and Steve Clemons' Washington Note.)

I rarely discuss or write about the Middle East anymore. Indeed, I joke that I will only discuss it with someone who can prove to me that he or she has actually read the whole of Fisk's The Great War for Civilization; or alternately, can pass a simple quiz on a cross-section of relevant historical facts. But I am not writing about the Middle East tonight anyway, or even really about Iran, I am just writing about true freedom fighters.

The theft of elections is particularly odious.

In the USA, the political establishment and the mainstream news media played Hear No Evil, See No Evil, Speak No Evil in 2000 and 2004, and the populace went along with it sheepishly. And the nation got what it deserved: an economic depression, 9/11, Iraq, the destruction of New Orleans, violations of the Bill of Rights and the Geneva Accords, the politization of the DoJ, the EPA, and other vital elements of government, the Soviet-style show trial of Don Siegelman, the betrayal of CIA secret agent Valerie Plame, eight years worth of denial and disinformation about global warming, the appointments of Roberts and Alito to SCOTUS, and so much more.

In 2006, unlike the sheeple North of the border, the citizens of Mexico resisted the theft of their presidential election; although despite their valiant protests, the wrong man was sworn in.

And now in 2009, in the Iranian election, after weeks of huge demonstrations in support of Moussevi's candidacy, we are supposed to believe that he lost his own district, and that the third contender received less votes than the number of his own campaign workers.

Well, at least In Iran tonight, young men, and women of all ages, are fighting in the streets and declaring their resistance from the rooftops.

But I do not think this will end like the Tiananmen Square protest. At least not over time. I do not think we will be looking back on this night two decades from now in the same way as we recently did on the anniversary of that massacre.

Having wrested a reprieve from further descent into the maelstrom in 2008, the USA is struggling to deliver much needed medicine to itself on healthcare and to the planet as a whole on the Climate Crisis. This morning, I received e-mail from MoveOn.org that frames the challenge painfully well: "The right-wing lobbyists at the U.S. Chamber of Commerce will spend $100 million to defeat Obama's plans for health care and a clean energy economy. They call it their 'most important project' in nearly 100 years." MoveOn.org, 6-13-09

In the slow-motion genocide going on in Darfur, the facts on the ground are so bad that it is actually considered progress when relief agencies are allowed to go back into the camps to reach those who should not have been abandoned to begin with: Sudan is allowing aid agencies expelled last March over war crimes charges against its president to return to Darfur and some will be restarting their operations, the UN humanitarian chief said ... Agence France Press, 6-11-09

In Burma, Aung San Suu Kyi remains in Insein Prison, awaiting an opportunity to appeal in her show trial, and throughout the country, tens of thousands of posters of her are being distributed by true freedom fighters: "There’s been a big demand, from students to housewives, from workers to monks,” said a Mandalay activist. Tee shirts bearing the word “Free” and a rose are also being distributed in some townships. A rose has come to be a symbol of Aung San Suu Kyi, and Burma’s censorship board sometimes bans its use in printed articles and verse. Irrawaddy, 6-11-09

In a mad world, the madman is sane.

We are all freedom fighters. But some of us -- young, intelligent and beautiful Iranians -- will not live through this night or the next few. 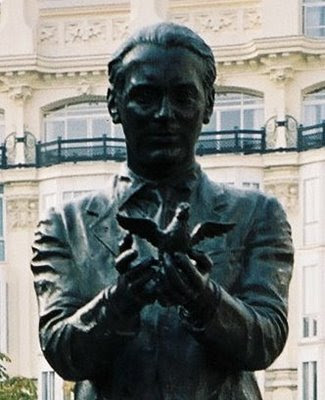