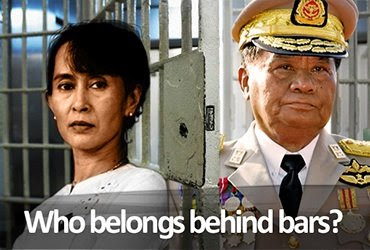 What would you do if you found yourself standing face to face with people bearing signs accusing you by name of killing babies and encouraging the shooting of American soldiers? Might you lose your cool? Might you get involved in an exchange that would ultimately lead to anger or descend into the shouting matches we've been seeing at so many Town Halls lately?
Not if you're Joan Baez, who, in the 50th year of her career, continues to live according to unshakeable ideals of non-violence and compassion in ways that should inspire us all. Daily Kos, 8-12-09

UN chief Ban Ki-moon warned Tuesday of "incalculable" human suffering if the world fails to reach a deal at crucial climate change talks this December.
The United Nations is orchestrating the talks in the Danish capital in hopes of securing an agreement to slash greenhouse gas emissions blamed for global warming.
"As we move toward Copenhagen in December, we must seal a climate change deal that secures our common future," Ban told an environmental forum in Incheon city west of Seoul. Agence France Press, 8-11-09

[T]he Center for American Progress Action Fund hosted the National Clean Energy Summit in Las Vegas, a gathering attended by Bill Clinton, Al Gore, Harry Reid, Steven Chu, Hilda Solis, and many other experts. Unsurprisingly, right-wing protesters – many of whom are global warming deniers – also gathered at the venue. The Wonk Room’s Brad Johnson interviewed some of the protesters to get a better understanding of their views. One said President Obama is an “Anti-American Arab” who “is not a natural-born citizen.” Many others said that global warming is a hoax, that Obama is a man of divided loyalties and questionable associations, and that the country is headed toward socialist decline. Think Progress, 8-11-09

Dobbs on Howard Dean: "[H]e's a bloodsucking leftist -- I mean, you gotta put a stake through his heart to stop this guy" Media Matters, 8-10-09

Diplomats attending the hearing said Ms Suu Kyi, 64, stood straight and still as the judge in Rangoon's Insein jail found her guilty of breaching the terms of her detention ... "There were gasps in the court and you could feel a ripple of outrage," said one European diplomat. "But her reaction was remarkably stoical, she even turned to her lawyers and smiled." 'There were gasps in court, but all she did was smile', Independent, 8-12-09

You and I and Aung San Suu Kyi are all in the same boat, and it is sinking. The problem is we are not alone, and some of the others in the boat are weighted down with the ball and chain of a terrible ignorance.

I was reminded of this late last night, as I paced my hotel room, and I overheard Sanjay Gupta saying that the term "Death Panel" was "probably hyperbole." Sen. Charles Grassley is a problem, but Sanjay Gupta is a bigger problem. Grassley is just pandering to his whacked out base, and doing the bidding of his benefactors; but Gupta, in the role of a cable news medical expert, is willfully (how else could you explain it) confusing people who are looking for information. (It is disturbing to think that the incoming Obama administration had actually floated him for Surgeon General.)

A search and destroy mission has been launched against progressive efforts to come to grips with the potentially nation-breaking healthcare crisis and the potentially civilization-breaking climate crisis. As I sit here in this airport, amidst the psychic smoke and flame of this attack, several analogies are offer themselves as wet towels with which to survive the heat and suffocating blackness.

Analogy #1: Looking back at the Grant Park celebration, many of us were feeling like it was the liberation of a P.O.W. camp. But really we were just being allowed to elect our own prisoner representative. He has little power. The imperial presidency is only an imperial presidency if the imperial Senate, the military-industrial complex, and the energy, finance, insurance and pharma lobbies say it is; just listen to their spin machine (a.k.a. the US mainstream news media).

Our chosen prisoner representative has very few options. If he exercises the boldness I know he is capable of, the odds on holding on to the office diminish, because it will be poured on this firestorm of hate and paranoia to fuel it further; and alternately, if he does not exercise that boldness, the odds of holding on to power also diminish, albeit for a different reason, he will appear weak, and ineffectual, the base will be demoralized, and the center will no longer be intrigued. From my perspective he has to choose the former of these two options, but it is easy for me to say, I do not have two young daughters.

Analogy #2: Looking at the video clips of the townhall mayhem concocted by Swift-Boat style entities, utilizing pitchfork mobs of mostly obese and seriously deluded people, I am reminded of a 9-30-07 story in the U.K. Telegraph, Police to think twice about rescuing drowning: "Physical contact with a struggling casualty should be avoided," the Devon and Cornwall Constabulary rules state, "to prevent a rescuer becoming overwhelmed and pulled into the water and submerged." Well, that is where we are with some of our fellow citizens, we are all in the deep water, but they are drowning, and panicked, and as we try to save them, they are pulling us down with them.

The healthcare reforms the Obama administration and allies on this issue in Congress (Pelosi, Waxman, Harkin, Kennedy, etc.) have put forth are reasonable, so is the Climate crisis plan passed by the House of Representatives; neither are bold enough, neither are sweeping enough, but both would serve to jump-start the process of instituting bolder and more sweeping measures sooner than later. But they are being fought tooth and nail by the Chamber of Commerce, and the Cult formerly known as the Republican Party, and yes, the Petainists within the Democratic Party. They have two formidable weapons: 1) the complicity of the mainstream news media, which skews every national political debate to the benefit of its corporatist overlords and sponsors, and 2) an army of foot soldiers drawn from a populace informationally malnourished since Walter Cronkite left the air waves, and poisoned with hate since Rush Limbaugh took to the air waves.

Please send an appeal letter to the Burmese authorities calling for the release of Aung San Suu Kyi – and demand human rights for Burma. Amnesty International has made easy to do so. Just click on the link below, and follow the instruction.

Here are four more videos for the time-capsule. (Just in case we don't make it, and whoever comes next wants to know what happened to us.)