You are Not a Voice in the Wilderness; You are a Multitude -- Don't Let Them Give You the Bum's Rush on Healthcare 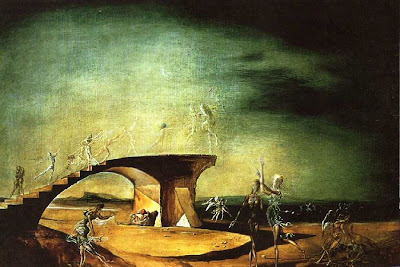 There are dangerous currents running through America's politics and the way we confront them is crucial ... From here, it escalates, as minor thuggery turns into beatings, killings, and systematic tagging of certain groups for elimination, all directed by people at the very top of the power structure. After Labor Day, when Democratic senators and representatives go back to Washington, the mobs now being created to harass them will remain to run the same tactics -- escalated and perfected with each new use -- against anyone in town whose color, religion, or politics they don't like. In some places, they're already making notes and taking names. Sara Robinson, Campaign for America's Future, 8-7-09

You are Not a Voice in the Wilderness; You are a Multitude -- Don't Let Them Give You the Bum's Rush on Healthcare

A dozen or so armed men showed up at President Obama's townhall meeting in Arizona earlier this week; and they weren't Secret Service or local law enforcement, and worse yet, they weren't even temporarily detained. (See Former agent: Guns creating atmosphere of danger for Obama.) They would not have been there if a) the President of the U.S. wasn't African-American or b) he wasn't pushing for meaningful change (whether his strategy proves to be misguided or not). It is vital that you and I make our voices heard.

Imagine a White House in which the struggle for meaningful health care reform was run by Chief of Staff Howard Dean; he was, after all, the architect of the 50 state strategy. Imagine Nobel Prize winning economist Paul Krugman as Secretary of the Treasury; he would be arguing convincingly to dismantle the structure of madness within which the lords of finance have imprisoned us all. Imagine Thom Hartmann serving as White House Press Secretary; yes, a brilliant progressive talk show host and prolific author counter-spinning the White House press corp every 24 hours. Imagine ...

Well, that's not going to happen.

But their three voices, along with those of Jane Hamsher, NYCeve, and many others, are prominent in this struggle, particularly at this critical juncture.

Yours must be heard as well.

But the fight over this legislation is not over yet.

The last 72 hours have felt like those few seconds of a football game, in which one team's offense tries to draw the other team's defense off sides.

Don't get fooled by the count.

This is not over, not nearly.

I don't know if you saw Howard Dean on Countdown with Keith Olbermann Tuesday, 8-17-09. If you didn't, I have included a You Tube clip of the segment below. In it, the steel-eyed Dean tells K.O. that there will be a bill, that it will have a public option, and that it will pass and be signed by the President -- in December.

Now, get up off the asphalt, and press the attack.

Call your representatives in Beltwayistan AGAIN (including Obama-Biden), e-mail them AGAIN, show up at their offices AGAIN. Do not accept anything less than what was promised.

Here is everything you need to know about the current struggle to deliver meaningful healthcare reform; unfortunately, it is not coming from the White House -- yet.

Here is Hartmann demonstrating the mystical power of simplicity, here is Krugman illuminating what many among us are too furious to grasp, and here is Dean, standing in the breach, and seeking to turn the tide of battle, as if by the force of his own will.

Hopefully, one of the outcomes suggested here will win the day; because if not, as horrific as the healthcare crisis is, we will be overcome by even worse problems.

Dear President Obama,
I understand you're thinking of dumping your "public option" because of all the demagoguery by Sarah Palin and Dick Armey and Newt Gingrich and their crowd on right-wing radio and Fox. Fine. Good idea, in fact.
Instead, let's make it simple. Please let us buy into Medicare ...
Just pass a simple bill - it could probably be just a few lines, like when Medicare was expanded to include disabled people - that says that any American citizen can buy into the program at a rate to be set by the Centers for Medicare and Medicaid Services (CMS) and the Department of Health and Human Services (HHS) which reflects the actual cost for us to buy into it So it's revenue neutral! ...
We elected you because we expected you to have the courage of your convictions. Here's how. Not the "single payer Medicare for all" that many of us would prefer, but a simple, "Medicare for anybody who wants to buy in." Thom Hartmann, Common Dreams, 8-17-09

Every wealthy country other than the United States guarantees essential care to all its citizens. There are, however, wide variations in the specifics, with three main approaches taken ...
If we were starting from scratch we probably wouldn’t have chosen this route. True “socialized medicine” would undoubtedly cost less ... But a Swiss-style system of universal coverage would be a vast improvement on what we have now. And we already know that such systems work.
So we can do this. At this point, all that stands in the way of universal health care in America are the greed of the medical-industrial complex, the lies of the right-wing propaganda machine, and the gullibility of voters who believe those lies. Paul Krugman, New York Times, 8-16-09

Howard Dean on the Public Option: It's Alive Because We're Right and They're Wrong