Jobs? Afghanistan? Healthcare? Climate? Where & When Will Something Turn in Our Favor? It Better Be Here & Now 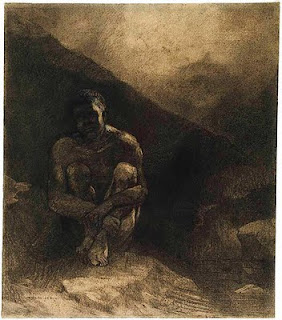 The American people have an anger about the growth of the deficit because they’re not getting anything for it. Think Progress, 11-24-09

Few Americans are aware that, just before he was assassinated, Kennedy had decided to pull all troops out of Vietnam by 1965. The Pentagon was hell bent on thwarting such plans ... Ray McGovern, Obama: Profile in Courage or Cave-In, Common Dreams, 11-24-09

Former DNC Chair Howard Dean told the Huffington Post on Monday that Senate Democratic leadership was "in deep trouble" on health care, even after Majority Leader Harry Reid cobbled together over the weekend the 60 votes needed to get legislation to the floor ... Sam Stein, Huffington Post, 11-23-09

Jobs? Afghanistan? Healthcare? Climate? Where & When Will Something Turn in Our Favor? It Better Be Here & Now

The weeks and months ahead are perilous for the Obama-Biden administration, and those who want them to succeed, as I do, must speak out forcefully and forthrightly.

The economic stimulus package was not big enough, it did not include enough infrastructure projects or enough green energy projects, and too much of it was wasted on tax cuts. Many of us knew this, and said so at the time.

Speaker Pelosi (D-CA) recently spoke eloquently and courageously on the attitude that must be cultivated now:

We’re never going to decrease the deficit until we create jobs, bring revenue into the Treasury, stimulate the economy so we have growth ... The American people have an anger about the growth of the deficit because they’re not getting anything for it ... If we pull our punch, as they did in the mid-30’s, we shouldn’t be surprised if history repeats itself. Think Progress, 11-24-09

Turning another leaf in our sheaf of national woes, Obama's decision on next steps in Afghanistan is nigh; and on the 46th anniversary of JFK's assassination, Ray McGovern has written a powerful piece on the lessons learned from the little known history of his decision-making on Vietnam:

Faux history has it that President Lyndon Baines Johnson's infusion of hundreds of thousands, up to 536,000, combat troops into Vietnam was a straight-line continuation of a buildup started by his slain predecessor. Kennedy did raise the U.S. troop level there from about 1,000 to 16,500 "advisers" - a significant increase.
But as he studied the options, cost, and likely outcomes, Kennedy came to see U.S. intervention in Vietnam as a fool's errand. Few Americans are aware that, just before he was assassinated, Kennedy had decided to pull all troops out of Vietnam by 1965.
The Pentagon was hell bent on thwarting such plans ... Ray McGovern, Obama: Profile in Courage or Cave-In, Common Dreams, 11-24-09

And then there is this year's struggle to deliver meaningful healthcare reform to the USA; it has revealed a shocking depravity in Beltwayistan.

There is great suffering in the land, and obscene profits are being reaped from it.

Nevertheless, our profligate political class is doing everything it can to protect the insurance companies who have brought the US healthcare system to this wretched circumstance. This is the same profligate political class that did not think twice about authorization after authorization for a three trillion dollar war against the wrong enemy; now it insists it would be fiscally irresponsible to guarantee you the same right to healthcare that citizens benefit from in every one of the other great democracies.

The grim reality is that the split in the Senate is not 60 Democrats to 40 Republicans, it is actually more like 60 corporatists or, perhaps more accurately, neo-corporatists to 40 small "d" democrats.

In a recent interview with Sam Stein of the Huffington Post, former DNC Chair Howard Dean explained that unless Harry Reid (D-NV) has "some magic up his sleeves" the Democrats are in "deep trouble" and their only options seems to be a bad bill or losses in 2010:

"I think if you passed the Senate bill tomorrow it would be OK. But then the problem is they don't have any defense for their members in 2010," Dean said, noting that the public option would not become operational until 2014. "On the other hand, if they drop the public option [to placate moderate members], I think they lose seats." Sam Stein, Huffington Post, 11-23-09

Yes, this sordid process has revealed a great deal about the corruption of our system of government; and yet, this week we learned even more appalling news:

That's right, the Chamber of Commerce has been stoking the engines of resistance to healthcare reform, not just to provide cover for the lords of the insurance rackets, but also to thwart an even more deadly enemy: action on climate change and green energy.

Indeed, this most recent revelation is just one more piece of damning evidence in a well-documented history of Climate Crisis disinformation, denial and obstructionism on stretching back over the last decade

Yet, most people will not hear of it on the air waves, or read about in the newspapers, instead they will read about the release of hacked e-mails from some climate scientists, and they will be misled.

For clarity on the hacked climate science e-mail story. I refer you to two very humorous pieces, one by the irascible George Monbiot of the Guardian, Global Warming Rigged? Here's the Email I'd Need to See, and the other from the blog Carbon Fixated, Newtongate: the final nail in the coffin of Renaissance and Enlightenment ‘thinking

Meanwhile, Words of Power will stay focused on the reality of the human condition.

If we do not come to grips with the Climate Crisis NOW, it will not matter whether or not you can find a job or take advantage of a robust public health insurance option or be openly gay while serving in the military.

But alas, we are not coming to grips with it, and sooner than later, if we continue to hide from the truth, there will be hell to pay.

Indeed, it is already on the way.

As I write this post, news is breaking that President Obama will go to Copenhagen for the showdown on the Climate Crisis, on his way to accept his Nobel Peace Prize. Let us hope that history looks back on those two appearances as crucial rather than cosmetic. 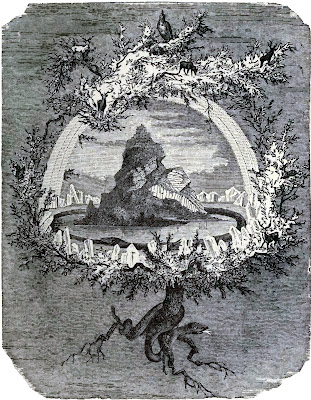 This week an important statement came out of the scientific community of the U.K., and like the scandal of the U.S. Chamber of Commerce using health care reform as a human shield in its war against action on climate change and green energy, this important statement was drowned out by the convenient story of the hacked climate science e-mail and the exploitative framing that accompanied it.

Here are some brief excerpts from that important statement from the scientific community of the U.K., with a link to the full text:

Some countries and regions are already vulnerable to climate variability and change, but in the coming decades all countries will be affected, regardless of their affluence or individual emissions. Climate change will have major consequences for food production, water availability, ecosystems and human health, migration pressures, and regional instability. In the UK, we will be affected both directly and indirectly, through the effects of climate change on, for example, global markets (notably in food), health, extent of flooding, and sea levels.
The accumulation of carbon dioxide in the atmosphere will lead to long-term changes in the climate system that will persist for millennia. Our growing understanding of the balance of carbon between the atmosphere, oceans and terrestrial systems tells us that the greater the accumulation of carbon dioxide in the atmosphere, the greater the risk of long-term damage to Earth's life support systems. Known or probable damage includes ocean acidification, loss of rain forests, degradation of ecosystems, and desertification. These effects will lead to loss of biodiversity and reduced agricultural productivity. Reducing emissions of greenhouse gases can substantially limit the extent and severity of long-term climate change.
The 2007 IPCC assessment, the most comprehensive and respected analysis of climate change to date, states clearly that without substantial global reductions of greenhouse gas emissions we can likely expect a world of increasing droughts, floods and species loss, of rising seas and displaced human populations. However even since the 2007 IPCC assessment the evidence for dangerous, long-term and potentially irreversible climate change has strengthened. The scientific evidence which underpins calls for action at Copenhagen is very strong. Without co-ordinated international action on greenhouse gas emissions, the impacts on climate and civilisation could be severe.
Full text: Climate science statement, Guardian, 11-24-09