True North on the Pathless Path: Toward 21st Century Spirituality 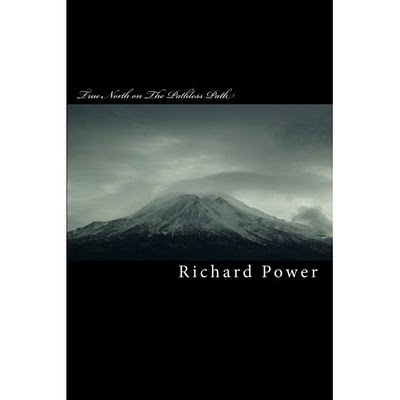 “The direction of true north is marked in the skies by the north celestial pole. For most practical purposes, this is the position of Polaris. However, due to the precession of the Earth's axis, true north rotates in an arc that takes approximately 25,000 years to complete … On maps issued by the United States Geological Survey, and the U.S. military, true north is marked with a line terminating in a five-pointed star.” – Wikipedia

True North on the Pathless Path: Toward 21st Century Spirituality

My sixth book, True North on the Pathless Path, is available now from Amazon.com.

True North is a book of 17 essays that explore perennial themes and powerful practices drawn from the diverse mystical traditions of the world. It attempts to articulate a new vision of spirituality with which to meet the challenges of the 21st Century.

These essays were inspired by my long friendship with the legendary American sage, Joe Miller. They were written for a small circulation independent journal in the years immediately following Miller's death (1992-1997). In this self-published volume, they are available for the first time to a broader audience.

You can purchase True North on the Pathless Path: Toward 21st Century Spirituality from Amazon.com

You can find all six of my books on my Amazon Author's Page.

NOTE: The best way to purchase Left-Handed Security: Overcoming Fear, Greed & Ignorance in This Era of Global Crisis is still from www.lulu.com.
Posted by Richard Power at 11:31 PM