Life, Liberty & the Pursuit of Happiness: What You Need to Know about the Healthcare Insurance Reforms that President Barack Obama Signed into Law 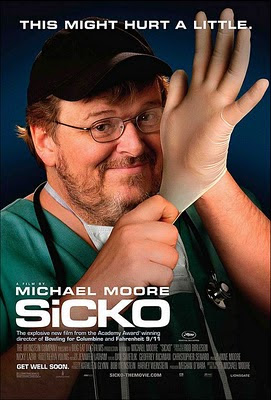 Several Democratic offices around the nation had been vandalized in the days surrounding the House health care vote ... The local Rochester ABC affiliate now has more information on the upstate NY vandalism, including an assassination threat against the children of lawmakers who voted for health reform ... Think Progress, 3-23-10

"The homepage shows a big photograph of Nancy Pelosi, and in huge block letters it says 'Fire Pelosi' and she is against a backdrop of flames," [CBS "Early Show" anchor Maggie Rodriguez] said. "Isn't this a little bit extreme?"
"No, no, actually I tamed it down," responded [RNC Chairman Michael Steele] ... Raw Story, 3-23-10

The US Secret Service says it is investigating two Twitter users who called for the assassination of President Barack Obama. The threats were apparently made over passage of Mr Obama's health care reform bill ... ABC News, 3-23-10

Life, Liberty & the Pursuit of Happiness: What You Need to Know about the Healthcare Insurance Reforms that President Barack Obama Signed into Law

Of course, it is not just hate-filled air waves and random violence that we must contend with. There is also the action taken by some State Attorney Generals, mostly belonging to the Cult formerly known as the Republican Party; they are preparing to spend taxpayers' money to deny those very same taxpayers the desperately needed relief signed into law today by President Barack Obama.

So let's take a moment to re-affirm "life, liberty and the pursuit of happiness."

First, here is a brief excerpt from a blog post by Katrina Vanden Heuvel, editor and publisher of The Nation; the post highlights what are to me the most meaningful elements of the healthcare bill that was signed into law by Barack Obama, i.e., those provisions insisted upon Sen. Bernie Sanders (I-VT).

Sanders' provisions designate "$10 billion over five years to expand, construct and operate community health centers," which will "double the number of health center sites nationally over the next five years from 7,500 to 15,000." (There is "another $2.5 billion for health centers operations is in the reconciliation package").

But that's not all that Sanders got into the legislation.

It also increases the investment in the National Health Service Corps to train more primary care doctors and other health care professionals ...
The number of patients served by these facilities will rise from 20 million today to about 40 million by 2015. That means most Americans will have access to primary care, dental care, mental health counseling, and low-cost prescription drugs on a sliding-fee scale so that no one is turned away ...
The $1.5 billion allotted for loan repayments and scholarships through the National Health Service Corps will add more than 17,000 primary care doctors, dentists, nurse practitioners, physician assistants and mental health professionals in medically underserved areas ...
According to researchers at George Washington University, the healthcare centers will save Medicaid $17 billion over the five-year period that would otherwise be spent on more expensive hospital and emergency room care. The American Academy of Family Physicians found that total medical expenses for health center patients were 41 percent lower compared to patients seen elsewhere. Katrina Vanden Heuvel, Sanders' Healthcare Revolution, The Nation, 3-23-10

In addition, here is Joe Conason's summary of the benefits that take immediate effect:

Although many of the bill’s most significant changes will not become effective until 2014, several important reforms will take effect this year. Insurance companies will be prohibited from their notorious practice of dropping coverage of people who get sick. Their rules on lifetime limits will be eliminated and their limits on annual coverage will be liberalized.
Insurers will no longer be permitted to exclude children from coverage because of preexisting conditions. And uninsured adults who have preexisting conditions that prevented them from obtaining insurance will get coverage from a special risk pool that will end when the new insurance exchanges—where private companies will compete—go into operation a few years from now. A similar program will cover early retirees who are too young to qualify for Medicare, assisting companies in turning over their workforce and creating jobs.
The bill also closes the infamous “donut hole” that the Republicans created when they wrote the Medicare Part D drug coverage bill. Patients who fall into that gap will receive a $250 rebate right away, and the hole will eventually be closed completely.
The Limbaugh listeners and Fox fans will stick their fingers in their ears and scream “socialism,” but the rest of America may listen—and decide sometime between now and Election Day that passing health care reform was the right thing to do. Joe Conason, Health Care and the Wingnuts, N.Y. Observer, 3-23-10