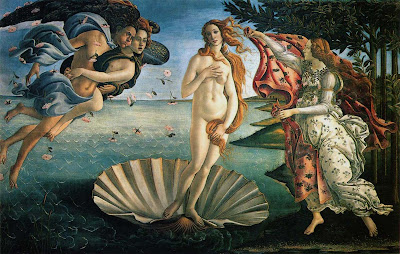 It would be an enormous relief if the recent attacks on the science of global warming actually indicated that we do not face an unimaginable calamity requiring large-scale, preventive measures to protect human civilization as we know it. Al Gore, NYT, 2-27-10

Rep. Tom Perriello (D-VA): Until the Senate gets its head out of its rear end and starts to see the crisis we’re in, our country is literally at risk. Think Progess, 2-27-10

To halt the planet's declining biodiversity and loss of critical natural resources, both the economy we live in and communication about science needs to be changed profoundly, says a prominent Dutch ecologist [Louise Vet]. IPS, 2-21-10

Yesterday, the South Dakota legislature passed a resolution telling public schools to teach “balance” about the “prejudiced” science of climate change by a vote of 37-33. Earlier language that ascribed “astrological” influences to global warming was stripped from the final version. This act of conspiracy-driven ideology is hardly alone — a Wonk Room investigation has found at least fifteen state legislatures attempting to prevent limits on greenhouse gas pollution. Think Progress, 3-2-10

The clearing of the earthquake rubble in Haiti will take 1,000 trucks 1,000 days. The 8.8 earthquake that hit Chile less than one month later shifted the earth's axis, and shortened our day by 1.26 microseconds. (Likewise, the 2004 Indian Ocean earthquake, also shifted the axis and shortened our day, by 6.8 microseconds.) Meanwhile ... An iceberg the size of Luxembourg has split away from the Antarctic ice shelf and is floating free in the Southern ocean. It was created when another giant berg smashed into the Mertz glacier, itself cracked and weakened by global warming. A huge chunk broke off, and both are now side by side in normally ice-free water. The biggest worry is not navigation. The bergs may prevent cold, dense, super-saline water from descending to the ocean floor at one of the only places in the world where this vital oxygenating process takes place. It could also affect ocean currents around the world. Euro News, 2-26-10

The loggerhead turtle mothers understand what is going on. They can feel the earth changing radically all around them; they have recognized this crisis and they are responding as best they can.

A turtle researcher says global warming is behind an influx of loggerhead turtles breeding in south-east Queensland ... global warming is making beaches further north too hot for nests ... The heat is cooking the eggs instead of incubating them ... (Australian Broadcasting Corporation, 2-24-10)

The Dutch economist, Louise Vet, understands. She has recognized the crisis and is articulating a proactive human response.

To halt the planet's declining biodiversity and loss of critical natural resources, both the economy we live in and communication about science needs to be changed profoundly, says a prominent Dutch ecologist. We presently live in a linear "take, make and waste" economy in which natural resources are running out and ecosystems are being destroyed, says Louise Vet, extraordinary professor of evolutionary ecology in The Netherlands. But this clash between economic and ecological interests could be reconciled by implementing a so-called "circular economy", she argues. Liza Jansen interviews Dutch ecologist LOUISE VET, IPS, 2-21-10

But here in the what has devolved into Land of the Feeble and the Home of the Beserk, here at the center of the floundering Empire, there are only a few courageous voices raised within the corridors of power:

It would be an enormous relief if the recent attacks on the science of global warming actually indicated that we do not face an unimaginable calamity requiring large-scale, preventive measures to protect human civilization as we know it. Of course, we would still need to deal with the national security risks of our growing dependence on a global oil market dominated by dwindling reserves in the most unstable region of the world, and the economic risks of sending hundreds of billions of dollars a year overseas in return for that oil. And we would still trail China in the race to develop smart grids, fast trains, solar power, wind, geothermal and other renewable sources of energy — the most important sources of new jobs in the 21st century.
But what a burden would be lifted! We would no longer have to worry that our grandchildren would one day look back on us as a criminal generation that had selfishly and blithely ignored clear warnings that their fate was in our hands. We could instead celebrate the naysayers who had doggedly persisted in proving that every major National Academy of Sciences report on climate change had simply made a huge mistake. Al Gore, NYT, 2-27-10

[Rep. Tom Perriello (D-VA)] has not one lick of sympathy for those in the Senate who deny these threats: That’s more insider baseball crap. I don’t really care. I’m sick of starting with what can we get through the Senate; let’s start with what solves the damn problem. Until the Senate gets its head out of its rear end and starts to see the crisis we’re in, our country is literally at risk. Our economy is at risk, because these jobs are being created overseas. It should have the same urgency with this problem that it had bailing out Wall Street. We are swearing an oath to do what’s necessary to protect this country, not do what’s necessary to get a bill through the Senate. Think Progess, 2-27-10

And what of those who deny the reality of this crisis out of greed and narcissism? Well, Dante left behind a travel guide for their journey to ultimate accountability.

Tell me, what will Hannity, Limbaugh and Beck say when the Atlantic Conveyor Belt stalls?

Waters from warmer latitudes - or subtropical waters - are reaching Greenland's glaciers, driving melting and likely triggering an acceleration of ice loss, reports a team of researchers led by Fiamma Straneo, a physical oceanographer from the Woods Hole Oceanographic Institution (WHOI). "This is the first time we've seen waters this warm in any of the fjords in Greenland," says Straneo. "The subtropical waters are flowing through the fjord very quickly, so they can transport heat and drive melting at the end of the glacier." Terra Daily, 2-25-10 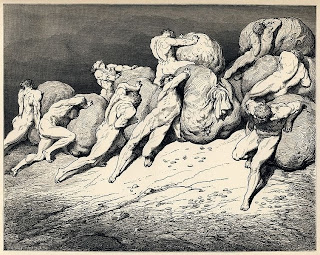 It simply boggles the mind — and raises serious questions of journalistic bias for the paper — that the WSJ can run this error-riddled attack on [Michael] Mann and the Hockey Stick without even mentioning any of these three central facts:
* The Hockey Stick was affirmed in a major review by the uber-prestigious National Academy of Scientists (in media-speak, the highest scientific “court” in the land).
* The Hockey Stick has been replicated and strengthened by numerous independent studies. My favorite is from Science last year — see Human-caused Arctic warming overtakes 2,000 years of natural cooling, “seminal” study finds (the source of the figure below).
* Penn State itself in recent review, concluded, “After careful consideration of all the evidence and relevant materials, the inquiry committee finding is that there exists no credible evidence that Dr. Mann had or has ever engaged in, or participated in, directly or indirectly, any actions with an intent to suppress or to falsify data.” Climate Progress, 2-26-10

What will the US mainstream news media say?

Mass media have been a key vehicle by which climate change contrarianism has traveled, according to Maxwell Boykoff, a University of Colorado at Boulder professor and fellow of the Cooperative Institute for Research in Environmental Sciences, or CIRES ... "One problem occurs when outlier viewpoints are not individually evaluated in context," said Boykoff ... Another issue in mass media is the tendency to flatly report on both the claims of contrarians, as well as the accusations made about their claims and motives, he said. The ensuing finger-pointing plays into the conflict, drama and personalized stories that drive news ... "Reducing climate science and policy considerations to a tit-for-tat between dueling personalities comes at the expense of appraising fundamental challenges regarding the necessary de-carbonization of industry and society," said Boykoff. Terra Daily, 2-24-10

Dante speaks to the Traitors in the Ice 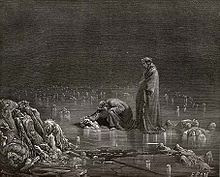 What will the loose screws who shill for oil, gas and coal in Beltwayistan say?

Climate scientists say Senator James Inhofe's call for a criminal investigation into American as well as British scientists who worked on the UN climate body's report or had communications with East Anglia's climate research unit represents an attempt to silence debate on the eve of new proposals for a climate change law. Guardian, 3-1-10

What will the US Chamber of Coercion say?

Today, the U.S. chamber appears not to recognize the economic threat posed by climate change. Instead, the chamber's leadership continues to trot out exaggerated and one-sided claims about how the regulation of greenhouse gases would eliminate jobs and "strangle the economy." While some companies in the fossil fuel and power sectors will face reductions in profits under a cap-and-trade scheme, the long-term consequences of unchecked climate change will be harmful and expensive for everyone. Yale Environment 360, 2-26-10

Lower Hell Inside the Walls of Dis 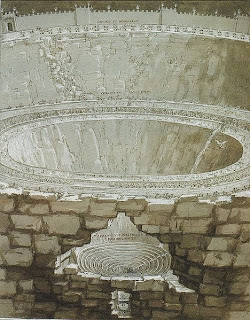