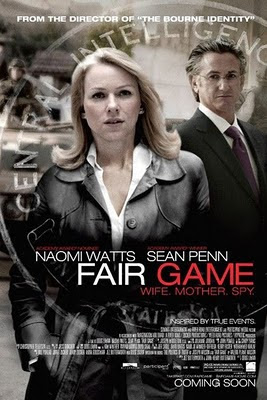 The nation's hoop was broken, and there was no center any longer for the flowering tree. Black Elk Speaks (Chapter 19)

Not to write about the story of the Wikileaks revelations would be cowardice; but to become consumed by it would be to play a fool's game. So a few relevant remarks, and then on to a more important story, one, which is, of course, barely mentioned on the air waves of Infotainmentstan, or in the empty rhetoric of the made (and women) men of Beltwayistan.

Whether the Wikileaks revelations prove to be of as great historical significance as the Pentagon Papers remains to be seen. Whether or not Julian Assange will measure up to the moral stature of Daniel Ellsberg also remains to be seen. But the rank hypocrisy of the power structure's denunciation of both demands a response.

What could be more obscene than the specter of Assange topping Interpol's Most Wanted List while George W. Bush prances on to TV sound stages to shuck with Oprah and jive with Matt Lauer? George W. Bush should be battling indictments both in U.S. federal court and in the I.C.C., not mocking human decency on a book tour.

To add injury to this insult to intelligence, at the same time, Fair Game, a compelling (and factually accurate) political thriller, by "Bourne Identity" director Doug Liman, and starring Naomi Watts as covert CIA agent Valerie Plame and Sean Penn as Ambassador Joe Wilson, goes largely ignored during its stint in first-run theatres. (I have embedded Robert Greenwald's interview with Valerie and Joe below.)

Let me break it down for you, if you are OK with Scooter Libby doing no prison time, and Rove and Cheney not even getting indicted in the Plame affair, and yet you call Julian Assange and Bradley Manning criminals, from my perspective, you are a hypocrite.

NOTE: For further commentary on Wikileaks, I refer you to Colleen Rawley (who's earned a hearing for her views) in Take Off the Blindfold. Don't Be Afraid to See the Truth! and to Amy Goodman's Democracy Now! interview with Noam Chomsky, embedded below.

Meanwhile, I promised you a story that deserves even more of your attention ... Consider some headlines that the likes of NBC Meat the Press, CBS Fork the Nation and CNN's Wolf Bluster didn't deem suitable to share with you:

A Billion People Will Lose Their Homes Due to Climate Change, Guardian, 11-28-10

Yes, while many in Beltwayistan and Infotainmentstan expended their hot air surplus on saving the Bush tax cuts for the wealthiest 2% of the populace, while denying an extension of unemployment benefits and seeking to forestall retirement for all the wage slaves who still do have jobs, the world was meeting in Cancun for COP16, the official follow-up to the failure of the Copenhagen Climate Crisis summit.

And, of course, the news from there is not good:

The UN climate talks in Cancún were in danger of collapse last night after many Latin American countries said that they would leave if a crucial negotiating document, due to be released tomorrow, did not continue to commit rich countries to emissions cuts under the Kyoto Protocol. John Vidal, Guardian, 12-4-10

Big holes remain in some of the most basic but contentious issues in a UN-backed scheme to prevent deforestation, fueling speculation of a weaker than expected forestry agreement at the Cancun climate talks. Stacy Feldman, Solve Climate, 12-3-10

Oh, of course, by the time you read this, the participants will likely have concocted some innocuous document that they can all sign, and the whole sad spectacle will stagger down the road to COP17 in South Africa next year.

But the truth is that time is slipping away.

On Friday night, Bill McKibben of 350.org tweeted from Cancun: "Every COP the US says 'weaken the deal so we can carry the Senate' but they never do. Time to just cut the US out and get to work?" Sadly, yes. Still think the U.S.A. is leading the world on Climate Change (or Human Rights)? Leading it where? To hell?

Want to do something about the Climate Crisis? Want to know what should be in serious climate action legislation for the USA? For the seven critical elements, click here.

Noam Chomsky on Democracy Now!: WikiLeaks Cables Reveal "Profound Hatred for Democracy on the Part of Our Political Leadership"