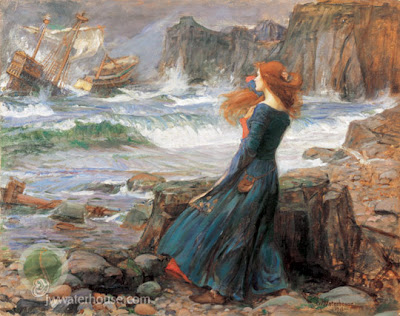 Countdown: Zero Minus Three and Counting ... Olbermann, the SOTU, Tunisia, Egypt and the End of Civilization

Love is the answer to the amorphous mass of crises overtaking us. Love of the world, love of each other, love of ourselves, love of highest principles, love of adversary. Lovelessness is at the source of all our problems; lovelessness will doom any proposed solutions.

Tragically, power in this world, and in USA, is increasingly concentrated in a very few minds, and the agendas those minds dictate have almost nothing to do with such altruistic love.

This is the third weekday night since Keith Olbermann was "resigned" from MSNBC.

Those who want to comfort themselves by saying that Comcast isn't going to mess with MSNBC's progressive line-up, because it is successful, should ask themselves why MSNBC's flagship talent was allowed to walk away with two years left on his contract. Once the ratings slip, the Comcast team can start to dabble with the line-up, and before the 2012 campaign turns white hot they may have done their worst to it.

Rachel Maddow is brilliant and doing extraordinary TV journalism. But she is cool and cerebral. Olbermann was hot, and hit hard. He was our outside linebacker. His "Special Comments" were illusion-shatterers. Ed Schultz is a powerful voice for working people; he has the passion, but not the eloquence needed for those "Special Comments."

Lawrence O'Donnell? I'm sorry, but no. He is an insider. The Obama White House won't have any problems with him. He stays inside the frame. Olbermann was a frame-smasher.

Meanwhile, Bill O'Reilly who coined the slur, "Dr. Tiller the Baby Killer," and had no remorse at all after Tiller was assassinated attending church, is still on the air.

Glenn Beck too is still on the air; Beck, whose ravings targeted the Tides Foundation, where Byron Williams was headed when he got into his shoot-out with CHIP, Beck who is now fixated on Francis Fox Pivens, a 78-year-old political science professor CCNY.

Why is Glenn Beck endangering the life of an elderly Jewish woman on prime time TV?

And where is the FCC? Drunk at the Comcast/NBC merger party, dressed in a faux "Net Neutrality" costume.

No, my friends, whatever the back story is, however it is spun, Olbermann's exit from prime time cable news (and his enforced absence for some time to come) is a bad sign.

The ongoing significance of America’s media imbalance is that it gives the Right enormous capabilities to control the national debate, not only during election campaigns but year-round. Republicans can deploy what intelligence operatives call “agit-propaganda,” stirring controversies that rile up the public and redound to the GOP’s advantage ... Like Clinton before him, Obama has reacted to this political/media landscape by shifting rightward toward the “center,” further alienating his liberal base. Many on the Left respond by denouncing Obama as a sell-out and deciding to either sit out elections or vote for a third party. This dynamic has been instrumental to the Right’s political victories over the past three decades even as those policies – from Ronald Reagan to George W. Bush – have worsened the lives of middle- and working-class Americans. The sudden disappearance of Keith Olbermann from television is another ominous omen that this dynamic will continue. Robert Parry, Consortium News, 1-22-11

We got on the wrong side of history in the Middle East, not only because we failed to be a fair broker for the Palestinians, not to mention our foolish military adventures in Iraq and Afghanistan, but also because we have armed and underwritten tyrants throughout the region; and we have probably forfeited the region's future to those who will likely subvert the righteous uprising of the oppressed.

Remember, decades ago, the Iranians overthrew a tyrant only to supplant him with a hateful, theocratic thugocracy, and yes, they call it a democratic republic.

I keep hoping Robert Fisk, our greatest Middle East correspondent, will be proven wrong someday, but it hasn't happened yet.

It is not possible any more, for the people of the Arab world to lie to each other. The lies are finished. The words of their leaders - which are, unfortunately, our own words - have finished. It is we who have led them into this demise. It is we who have told them these lies. And we cannot recreate them any more.
In Egypt, we British loved democracy. We encouraged democracy in Egypt - until the Egyptians decided that they wanted an end to the monarchy. Then we put them in prison. Then we wanted more democracy. It was the same old story. Just as we wanted Palestinians to enjoy democracy, providing they voted for the right people, we wanted the Egyptians to love our democratic life. Now, in Lebanon, it appears that Lebanese "democracy" must take its place. And we don't like it. Robert Fisk, Independent, 1-26-11

So now we have two SOTU responses from the Cult formerly known as the Republican Party carried on corporatist air waves? First, Infotainmentstan actively participated in the launch of the "Tea Party" canard, now it is actively participating in the institutionalization of the boondoggle. (Only CNN broadcast Bachmann live, but all of Infotainmenstan has given her significant coverage.) We never had a Progressive Caucus SOTU response carried over the airwaves following the official Democratic Party response during the Bush-Cheney era. Nor will there be one if Romney or Pawlenty, or whoever, snuffs out the last candle in 2012.

Much ado was made about the effort to "break down the partisan divide" by having members from both parties sit with each other during the SOTU. This symbolic gesture is so trite and so meaningless that it is best characterized using a hackneyed metaphor: indeed, it is nothing more than re-arranging the deck chairs on the Titanic.

No, I am not going to take apart POTUS' SOTU itself. He is who he is. (See A Progressive Strategy for 2011-2012 that Does Not Require Capitulation or Self-Destruction?)

Unfortunately, everything you need to know about the 2011 SOTU could be gleaned with the mute button on: there was John Boehner, sitting in the Speaker's Chair. Nothing good is going to come of this Congress, nothing. And in truth, it wasn't the SCOTUS Citizens United decision that put Boehner in that chair, it wasn't POTUS' sell-out on the Public Option that put him there, it was the US electorate. If you didn't vote against the Cult formerly known as the Republican Party, you voted for them.

The Republican Party's triumph in the 2010 congressional elections, coupled with the rapid depletion of the earth's natural resources, signaled the impending collapse of human civilization, according to a world-renowned scholar known for his left-wing politics. “You could almost interpret [the election] as a kind of a death knell for the species," Noam Chomsky, professor emeritus of linguistics at the Massachusetts Institute of Technology, said in a recent interview. But he's not the only one worried; the US business press is, too. Raw Story, 1-22-11

Do you understand the import of this story? This is not a partisan political operative, this is Noam Chomsky. This is not about right vs. left, it is about reason vs. madness.

On Anniversary of Citizens United Ruling, Common Cause Calls on Justice Dept. to Investigate Scalia and Thomas over Conflicts of Interest