In Forgetting the Lessons of Vietnam, Watergate & the Great Depression, America has Forgotten Herself; Maybe She Will Remember This Song 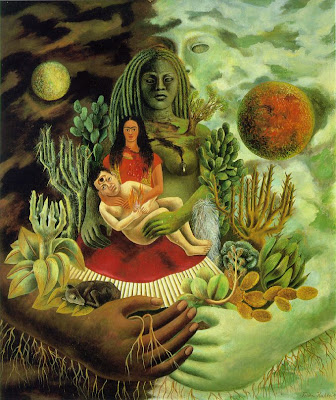 Oh, a storm is threat'ning
My very life today
If I don't get some shelter
Oh yeah, I'm gonna fade away

In Forgetting the Lessons of Vietnam, Watergate & the Great Depression, America has Forgotten Herself; Maybe She Will Remember This Song

Can't you feel it?

A few weeks ago, around nine million were facing starvation in the Horn of Africa. Now it is approaching 13 million. The number going hungry is bigger than the entire population of Belgium – with some two million children under five malnourished, and, says the UN, at least 30,000 dead. Two million East African infants are now starving, Independent, 8-7-11

It is not as far away as you tell yourself. Ooh, see the fire is sweepin' / Our very street today / Burns like a red coal carpet Mad bull lost its way ...

Because I choose to live in reality (lower case "r"), I do not turn away from the sorrow and horror of the world; I bear witness, & I act, even if the only action open to me is witnessing with my consciousness and voice. This witnessing changes the world, and even if that change is imperceptible, it is powerful. Because I also choose to live in Reality (upper case "R"), I do not allow the sorrow and horror to steal my joy or defeat my love. Without love, the witnessing would have no courage; without joy, it would have no clarity.

I didn't think the USA could forget the lessons of Vietnam or Watergate, but it did.

The 38 deaths in Saturday’s helicopter crash in Afghanistan include 31 Americans, making this the deadliest day for U.S. forces since the war began. The tragic loss of American lives might be worth the sacrifice if it was making America safer, or if our presence was significantly improving the well-being of the Afghan people. But neither of these is true. Medea Benjamin, Common Dreams, 8-6-11

The spectacle is even coming to frighten the sponsors of the charade. Corporate power is now concerned that the extremists they helped put in office may in fact bring down the edifice on which their own wealth and privilege relies, the powerful nanny state that caters to their interests. Corporate power’s ascendancy over politics and society—by now mostly financial—has reached the point that both political organizations, which at this stage barely resemble traditional parties, are far to the right of the population on the major issues under debate. Noam Chomsky, In These Times, 8-5-11

So it should not surprise me that the USA has also forgotten the lessons of the Great Depression.

Since Reagan, Republicans have been on a “starve the beast” campaign – by which they mean eviscerate the government by taking away as much revenue as they can. Starving the beast has been the biggest bait and switch con game that has ever been perpetrated on the American people. And the most tragic. John Atchenson, The Beast Is Starved: Welcome to the Next Great Depression, Common Dreams, 8-4-11 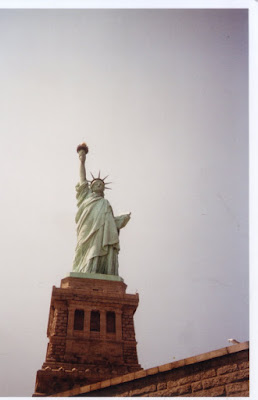 The floods is threat'ning / My very life today / Gimme, gimme shelter / Or I'm gonna fade away

How could the USA have forgotten these painful and important lessons? How could this have happened?

America has forgotten herself. Oh, the goddess still stands in the harbor, holding aloft her torch. But because the hollow men are blind to her presence and deaf to her message, it is as if she were not there.

And unless she finds Herself again, not even "36 Earths" could save us.

Even if areas dedicated to conserving plants, animals, and other species that provide Earth's life support system increased tenfold, it would not be enough without dealing with the big issues of the 21st century: population, overconsumption and inefficient resource use. Without dealing with those big issues, humanity will need 27 planet Earths by 2050, a new study estimates. Stephen Leahy, AL-jazeera English, 8-4-11