On the Express Train to Dis, with Transfers at Beltwayistan and Oslo; Can the Power of the Word Turn Us Around? On the Express Train to Dis, with Transfers at Beltwayistan and Oslo; Can the Power of the Word Turn Us Around?

From whatever angle you view it, the Climate Crisis, the Antropocene Age, the Sixth Great Extinction, we are on an express train to Dis, this last week it made stops in Beltwayistan and Oslo.

Here are some of my own reflections, and those of a few others whose voices should not be lost in the cacophony.

There has been no leadership from POTUS on the Zombie Cult's hostage-taking of the nation's economic future. None.
Instead of making hostage-taking the issue, from the beginning, POTUS has pushed for his "Grand Bargain" and embraced the false memes on Social Security, Medicare and Medicaid as "entitlements" and "austerity" as the medicine for what ails us. Therefore, he is, in effect, attempting to negotiate a ransom, which in his view the hostage-takers are partly owed.

POTUS says we are all supposed to be debt and deficit hawks now. In his Tuesday night address to the nation, he urged us all to call Congress and plea for some version of this "Grand Bargain."

Sorry, POTUS, I am not calling Congress to tell them I want a deal predicated on lies and advancing a corporatist agenda that has gutted the economic base, left the infrastructure to rot, crushed the middle class, and written a death sentence for the poor. I do not know what will happen now, but whatever happens, we must continue to insist that two plus two still equals four.
Of course, POTUS could prove us wrong and exercise the 14th Amendment before next Tuesday, to avoid making some deal that places the burden of all of this madness on the backs of the middle class and the poor. Stiff the Zombie Cult, POTUS, push them into a corner, then shove SCOTUS on to the hot seat, and there would be a multitude behind you overnight. You could, but you won't will you?
The Girl Who Kicked the Hornet's Nest 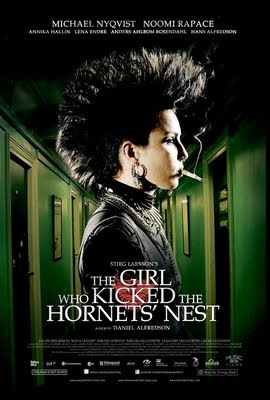 Now Europe has its Timothy McVeigh.

For me this particular horror, like 9/11, was personal. 9/11 was personal for me, because even though I have lived in California for most of my life, I will always be a New Yorker. Oslo is personal for me because of several beautiful threads woven into life's tapestry.

In 2000, I was flown to Oslo as a guest of OKOKRIM, Norway's special police unit for economic and environment crime to keynote at an international cyber crime conference they were hosting. It was a particularly poignant journey for me.

Odin, the Wayfarer, is my Sky-God.

Norwegian is the only significant strain of blood other than Irish that flows in my veins. One of my paternal great grandfathers (my father's mother's father) was a Norwegian whaler. His rusty whaling knife was one of the treasures of my childhood.

Walking around Oslo, in the twilight. at 3 a.m., was a beautiful experience.

In the aftermath of the atrocity, Christiane Amanpour (@camanpour) twitted some meaningful perspective: Proportionate to population, Norway massacre nearly twice as big as 9/11 was in US.

Likewise Yoko Ono (@yokoono) tweeted some profound advice: Write down everything you fear in life. Burn it. Pour herbal oil with a sweet scent on the ashes.

And, of course, madmen flinched, and squirmed, but could not control their vileness.

Glenn Beck remarked that the Labor Party Youth Camp were Breivik slaughtered most of his victims "sounds a little like the Hitler Youth." (Media Matters, 7-25-11) Patrick Buchanan wrote that Breivik's vision of a grand conflict between European Muslims and Christians "may be right." Media Matters, 7-26-11.

BTW, as of this post, Beck still has a radio show, and Buchanan stills warms a commentator's seat at MSNBC.

Meanwhile, in another compelling illustration of how much Amy Goodman and Democracy Now! do with so little, in contrast to how little CNN does with so much, the Democracy Now! coverage included an interview with Eva Gabrielsson, author of a recently published memoir, There Are Things I Want You to Know about Stieg Larsson and Me. She is the partner of the late Stieg Larsson, author of the international bestselling Millennium Trilogy: The Girl with the Dragon Tattoo, The Girl Who Played with Fire, and The Girl Who Kicked the Hornets’ Nest.
Gabrielsson also offered a glimpse into the price that writers and their loved ones pay for the power of the word.
The Girl Who Played With Fire 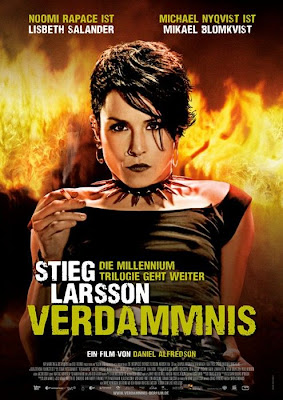 Gabrielsson's remarkable tale of her life with Larsen and their dedication to investigative journalism on the re-emergence of Fascism in the West leads to further reflection on the power of the word.

Two more recent stories nudged me to be included in this post, one is sad, the other encouraging.

Noomi Rapace in The Girl with the Dragon Tattoo 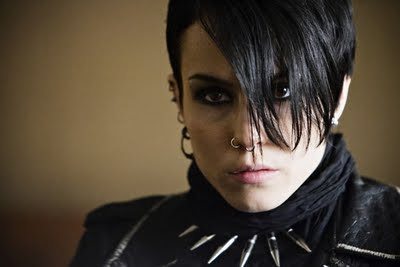