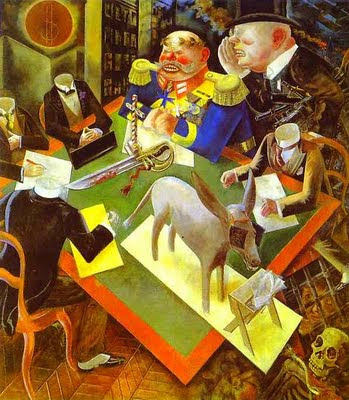 We know now that Government by organized money is just as dangerous as Government by organized mob. Never before in all our history have these forces been so united against one candidate as they stand today. They are unanimous in their hate for me—and I welcome their hatred. I should like to have it said of my first Administration that in it the forces of selfishness and of lust for power met their match. I should like to have it said of my second Administration that in it these forces met their master. Franklin Delanor Roosevelt Re-Election Campaign Speech, Madison Square Garden, 1936 (Embedded video below)

I was among those who hoped that, somehow, the financial crisis would teach Americans (and others) a lesson about the need for greater equality, stronger regulation, and a better balance between the market and government. Alas, that has not been the case. On the contrary, a resurgence of right-wing economics, driven, as always, by ideology and special interests, once again threatens the global economy .Joe Stiglitz, The Ideological Crisis of Western Capitalism, 7-6-11

As Words of Power reported in 2009 (see the "I Told You So" list of posts below), the stimulus package was too small, and too much of it was taken up with economically useless tax cuts. The stimulus, as predicted by Krugman, Reich, Stiglitz and others quoted in these posts, succeeded in barely staving off free-fall; but did not succeed in pulling us safely away from the precipice.

I say "you realize, of course," but I should probably say "you realize, I hope" -- because POTUS never mentions this rank hypocrisy; and who else after all is in a better position to "catapult the propaganda"?

In his recent remarks related to these "negotiations," POTUS reminded me of "Tania" Hearst in those bank robbery photos. Remember? After being kidnapped by the "SLA" (a deranged, boutique terrorist group) she succumbed to Stockholm Syndrome, and "joined" them until her capture and de-programming.

Will POTUS betray the legacy of FDR? Will he sign on for inflicting deep wounds in Social Security and Medicare? Hopefully not. But even if he doesn't, he is nonetheless participating in the perpetration of a great fraud, by promoting this false meme about debt, deficit and "austerity."

Debt and deficit are not THE problem, and "austerity" is not THE cure.

Who would have thought that POTUS would have more in common, morally and ideologically, with David Brooks than Bob Herbert? Oh well. I have no more interest in reading POTUS' books than he has in reading mine. Yes, I voted for him, and I defend him against the racist hatred of the right (which has resulted in an unprecedented number of threats against his life). But I stand w/ brother Cornel West, I confront POTUS, and I challenge him, and pray for better from him before it is too late for us all.

And yet even if POTUS were huddled in "negotiations" on the greatest immediate economic threat (i.e., joblessness, the ever flimsier social safety net and all the woes that flow from this combination), he and those made-men (and women) of Beltwayistan would still not be dealing with the big picture, the century-warping and millennium-shaping challenges before us.

Yes, one of those century-warping and millennium-shaping challenges is the Climate and Sustainability Crisis.

The other century-warping and millennium-shaping challenge is what to do now that we have arrived at the terminal stage in the illness that is predatory capitalism.

At the end of the Cold War, we witnessed the collapse of a system which claimed to be collectivist but wasn't, now we are on the death watch for a system that claims to be "free market" but isn't.

There is another way. But we seem doomed to ignore it.

Of course, as you may have noticed, we are almost out of time.

Regrettably, the financial markets and right-wing economists have gotten the problem exactly backwards: they believe that austerity produces confidence, and that confidence will produce growth. But austerity undermines growth, worsening the government’s fiscal position, or at least yielding less improvement than austerity’s advocates promise. On both counts, confidence is undermined, and a downward spiral is set in motion. Joe Stiglitz, The Ideological Crisis of Western Capitalism, 7-6-11

When even those leaders who, like POTUS, are decent and intelligent humans, feel compelled to dance cheek to cheek with madness (i.e., 2 + 2 = 5), it is vital that you and I embrace the truth ever more passionately, ever more boldly.

Social Security is currently solvent, and requires only that the rich pay the same % of their income as the poor and middle class do, and it would be solvent FOREVER. It has nothing to do w/ the federal budget deficit.

Dealing with the deficit is as simple as repealing the Bush tax cuts, and ending our foolish (and counter-productive) military adventures in Iraq, Afghanistan, etc.

Hauling the U.S. economy back from the abyss it is about to plunge into could be done w/ one massive jobs program focusing on building critical infrastructure and undertaking a radical shift to green energy

Universal health care is a basic human right, as established by the Declaration of Universal Human Rights, adopted by the UN General Assembly in 1948. So are education, employment, and retirement.

Corporations are not people, and money is not speech. What we are confronted with in the USA today is a human rights crisis. Our circumstances demand massive, non-violent EVOLUTION. 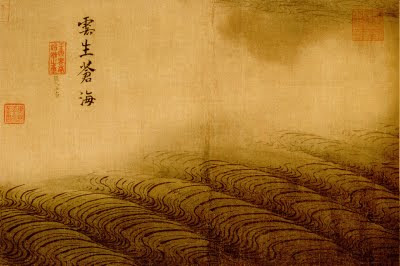 Three Inconvenient Truths from Three Leading Economists Who Have Earned Respect as Dissidents; If We Ignore Them, We Do So At Our Collective Peril, 3-13-10

While the Economic Royalists, & Their Enforcers in Politics & Media, Live the High Life, Will "We, the People" Fade into Oblivion? 7-18-9=09

In the Near Future, the Global Economy will be Dominated by China & the Biosphere will be Turned Hostile by Global Warming, Unless ... 6-7-09

Beyond the Swells of Geithner's Credibility & the AIG Bonus Babies, There is a Global Storm Moving in Fast, Do Not Be Distracted, 3-24-09

The Delusional Opposition to the Economic Stimulus Package is a Precursor of What will Come When it is Time to Move on Climate Change Later This Year, 2-14-09

Economic Insecurity Update: Of Obama & Sullenberger; Meanwhile, Stiglitz says "Nationalization is the only answer. These banks are ... bankrupt." 2-7-09

FDR: I Welcome Their Hatred


Thom Hartmann & Van Jones: How do we expand and protect the middle class?