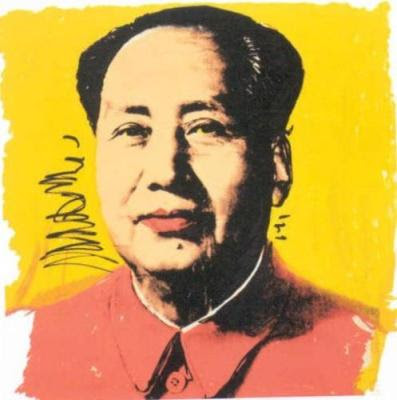 Despite being shackled at birth to the abomination of slavery, crippled and malformed by the subjugation of women, and cursed with a heinous program of genocide; for over two centuries, the USA somehow offered humanity an audacious hope that the social contract could evolve, however painfully, however haltingly, into a true reflection of love's wisdom and reason's beauty.

From the Emancipation Proclamation in 1863 to Glass-Stegall in 1933, from creation of the Social Security system in 1935 to Civil Rights Act of 1964, to the establishment of Medicare in 1965 and the Environmental Protection Agency (EPA) in 1970, the USA lurched forward.

But here on July 4, 2011, it is difficult not to conclude that the best of it all is behind us, that the US body politic is terminally ill, and that we have succumbed to the worst in ourselves; since we are allowing much if not all of this genuine, hard-won progress to die by a thousand cuts while our political debate drifts farther and farther from the realities of our circumstances.

Made in China, Made in USA

If the USA had any of its mojo left, you would not have to hear either of these disturbing stories from Words of Power, or from Democracy Now, or from the foreign press:

Omar al-Bashir, the president of Sudan, who is wanted by the International Criminal Court to face charges of genocide in Darfur, has been warmly welcomed by China with the full pomp of a state reception. Telegraph/UK, 6-29-11

Myanmar's government has told pro-democracy leader Aung San Suu Kyi that her political party was acting "against the law" and warned her to stop its activity the same day she expressed "envy" for the Arab uprisings in Egypt and Tunisia. Asia Times, 7-1-11

Yes, the thugocracies in Karthoum and Naypyidaw have "Made in China" embossed on their posteriors. But our once great nation has no moral authority with which to denounce these products of "Red State" China, even if it were inclined to. After all, China ascended to global economic power on the broken backs of U.S. workers, courtesy of U.S. business executives and the U.S. political establishment, which does the bidding of those business executives.

There is, of course, something of significance that still bears the moniker, "Made in the USA" -- the tear gas canisters hurled against pro-democracy masses assembled in public squares in Cairo and Athens.

Climate of Fear, Consequences of Denial

The Climate Crisis is our gravest threat, i.e., our #1 national security issue. I have been writing and speaking about this for over a decade. And it has apparently been a futile effort. The USA is still going in the wrong direction, even though study after study emphasizes the challenges and opportunities. (Yes, I said opportunities, because the Climate Crisis not only presents us with our greatest danger, it also presents us with our only hope -- to rescue our environment; and in the process, rescue our economy.)

Consider the Institute for Policy Studies' Report of the Task Force on a Unified Security Budget for the United States.

The report, released annually since 2004 and supported by a task force of prominent military and civilian experts, claims that "The Defense Department has begun to recognize climate change as a major security threat even as federal government funding to address the issue has begun to be cut in FY 2012." ... The overall budget dedicated to tackling climate change dropped from 33.2 billion dollars for FY 2011 to 27.6 billion dollars in FY 2012 – a nearly 17 percent decline in federal support, at a time when "substantially more support is needed", the report said. Pam Johnson, Climate Change May Pose Biggest Security Threat, Inter Press Service, 7-2-11

The facts on the ground are only going to deteriorate, across the expanse of the planet, failed state by failed state ...

AMY GOODMAN: Award winning author, journalist Christian Parenti has just come out with a book ... Let’s start with the title, Tropic of Chaos.
CHRISTIAN PARENTI: Well, it refers to the space between the Tropic of Cancer and the Tropic of Capricorn, the countries where you see the most extreme effects of climate change kicking in, but where you find vulnerable populations, people who live close to the land or the sea and have a minimal margin of error when bad weather strikes. But also these are countries and economies that have been ravaged by the Cold War and neoliberal economic restructuring ... And now the weather associated with climate change, extreme weather such as the drought, punctuated by flooding in East Africa, is adding to this. And there’s this catastrophic convergence and climate change, the argument of the book is that climate change is very often, doesn’t just look like bad weather, it looks like ethnic violence or religious violence or banditry or civil war. Democracy Now Interviews Christian Parenti, 6-30-11

But we do not have to wait for the blowback from those failed states and their displaced populations. The grim realities AND unforeseen consequences of the Climate Crisis are already upon us, whether we choose to come to grips with them or not. In the past weeks I have written to you about tornadoes that devastated Tuscaloosa, Alabama and Joplin, Missouri; now you can add the potential impact of the mega-fire lapping at Los Alamos Weapons Lab and the flood waters lapping at the Fort Calhoun nuclear power plant to our list of climate-related woes.

And it is only going to get worse.

Scientists are to end their 20-year reluctance to link climate change with extreme weather – the heavy storms, floods and droughts which often fill news bulletins – as part of a radical departure from a previous equivocal position that many now see as increasingly untenable ... They believe that it is no longer plausible merely to claim that extreme weather is “consistent” with climate change. Instead, they intend to assess each unusual event in terms of the probability that it has been exacerbated or even caused by the global temperature increase seen over the past century. Independent/UK, 7-1-11

Humankind is now threatened by the simultaneous implosion, explosion, incineration, courtroom contempt and drowning of its most lethal industry. We know only two things for certain: worse is yet to come, and those in charge are lying about it---at least to the extent of what they actually know, which is nowhere near enough. Harvey Wasserman, Fukushima Spews, Los Alamos Burns, Vermont Rages and We’ve Almost Lost Nebraska, Common Dreams, 6-29-11

Default Lies Within Ourselves

Meanwhile, the public discourse is preoccupied with the so-called Debt and Deficit Crisis and the Zombie Cult's terrorist threat to allow the country to go into default if we do not agree to the gutting of social services and the looting of social security and medicare, and other ways to further weaken the power of government, a power originally intended to protect people against predatory corporatism.

Here are some numbers about our foolish military adventures, our failure to double-down on science and our refusal to go green. These are numbers that are NOT being thrown around by the made-men (and women) of Beltwayisytan or the propapunditgandists of Infotainamentstan:

The final bill will run at least $3.7 trillion and could reach as high as $4.4 trillion, according to the research project "Costs of War" by Brown University's Watson Institute for International Studies. Reuters, 6-29-11

We have already defaulted - on the American Dream.