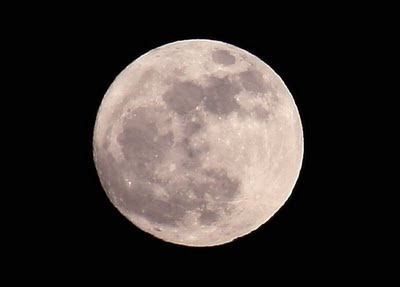 Was there an alternative? There is every likelihood that the Jihadi movement, much of it highly critical of bin Laden, could have been split and undermined after 9/11. The “crime against humanity”, as it was rightly called, could have been approached as a crime, with an international operation to apprehend the likely suspects. That was recognised at the time, but no such idea was even considered. Noam Chomsky, 9/11 - Was There An Alternative? Al-Jazeera, 9-7-11

There is a harvest moon in the sky this weekend. Find a hillside or a rooftop, and let the lunar luminousness permeate your being.

Embrace this universe of wonder. Celebrate the opportunity to experience it. The nightmares that haunt the human mind will not leave a trace in the vast journey that is all life.

Only love abides everlastingly. Only love imbues and envelopes the totality. Whether acknowledged or not, whether perceived or not, love pervades.

Allow this incomprehensible truth to comprehend you.

It's not just the rising of sea levels, Mr. General Secretary, it's extreme weather, it's wild fires, it's desertification, it's famine, it's resource wars ...

Meanwhile, 1,253 people who are awake to the reality of life on this planet submitted to arrest in front of the White House in what some say was the largest act of civil disobedience in the U.S.A. since 1977. The action was intended to encourage POTUS to reject the XL tars sands pipeline (the decision is in his hands alone). Of course, were POTUS to heed them, it would be a surprise.

But the struggle didn't end with the 1,253 arrests at the White House; it was followed up by an open letter from nine Nobel Peace Prize winners, including Shirin Ebadi (2003), Rigoberta Menchú Tum of Guatemala (1992) and His Holiness the Dalai Lama (1989), calling on POTUS to "do the right thing."

"We urge you to say no" to the pipeline and "turn your attention back to supporting renewable sources of energy and clean transportation solutions," says the letter ... "This will be your legacy to Americans and the global community: energy that sustains the lives and livelihoods of future generations." Nobel Peace Prize Laureates Urge Obama: Reject Keystone XL Tar Sands Oil Pipeline: Media Release, 9-7-11

Remember that Peace Prize that you received in October 2009, POTUS? It was as you said at the time, a call to action.

The Nobel Committee, in its worldly wisdom, knew the kind of forces that you would be confronted with from day one of your administration. So they gave you the Peace Prize as a gesture of encouragement, and a promise that you would not be alone (although it would probably feel like it) if you could somehow find a way to stand your ground. But most us, including you, underestimate just how lost this nation really is at this point, don't we?

Consider the astonishing implications of remarks made by UC Berkeley Law School Dean Chris Edley at a recent panel on 9/11:

"Dean Chris Edley volunteered that he'd been party to very high level discussions during Obama's transition about prosecuting the criminals. He said they decided against it. I asked why. Two reasons: 1) it was thought that the CIA, NSA, and military would revolt, and 2) it was thought the Repugnants would retaliate by blocking every piece of legislation they tried to move (which, of course, they've done anyhow). Afterwards I told him that CIA friends confirmed that Obama would have been in danger, but I added that he bent over backwards to protect the criminals, and gave as an example the DoJ's defense (state secrets) of Jeppesen (the rendition arm of Boeing) a few days after his inauguration. He shrugged and said they will never be prosecuted, and that sometimes politics trumps rule of law. "It must not, I said. "It shouldn't, he said, and walked off. This is the Dean of the Berkeley School of Law." David Swanson, Obama Transition Team Member Explains Why Administration Chose Not to Prosecute Torture, Truthout, 9-6-11

And yes, this stream of consciousness has brought us to the 10th anniversary of the slaughter of the innocents on 9/11.

Several weeks after the atrocity, I took a walk on the beach, with my friend and colleague, foreign correspondent Dunston Woods (yes, it's a pseudonym). We wanted to think out loud about whether or not there was any way to hold off the avalanche that had just been triggered. We asked ourselves who could tell the nation that at the very least the Bush-Cheney White House should be investigated for criminal negligence pre-9/11 and even worse post-9/11? Who could demand such accountability and survive the ensuing firestorm? We assumed it would have to be a Republican, aligned with the military.

Perhaps Sen. John McCain (R-AZ)? (He was still John McCain then, he hadn't become the shell-of-a-man-formerly-known-as-John-McCain, who would ingratiate himself to the _resident, and later allow Sarah Palin to be appointed as his running mate.) Perhaps Secretary of Stone Colin Powell? But as you know, McCain lost his soul (or at least his mind), and Powell went down with the ship.

The avalanche buried us all.

Well, at least Bin Laden is dead. Yes, he is dead and, yes, he was killed by a U.S. Navy SEAL team on 5/1/11. However, the men (yes, all Neo-Con men, Rice was a trophy) who lead us into the trap that Bin Laden laid for us are still enjoying comfortable and profitable lives, protected by the very government they so terribly abused.

Although Powell did not speak out forcefully or forthrightly, his Chief of Staff did, with the ferocity of a true patriot and a true national security professional. And he still is, as is evident in this Democracy Now interview in which Amy Goodman asked Colonel Lawrence Wilkerson (U.S. Army retired) and Glenn Greenwald of Salon.com for their views on former VICE _resident Dick Cheney's new book.

AMY GOODMAN: Colonel Wilkerson, do you think the Bush administration officials should be held accountable in the way that Glenn Greenwald is talking about?
COL. LAWRENCE WILKERSON: I certainly do. And I’d be willing to testify, and I’d be willing to take any punishment I’m due. And I have to say, I agree with almost everything he just said. And I think that explains the aggressiveness, to a large extent, of the Cheney attack and of the words like "exploding heads all over Washington." This is a book written out of fear, fear that one day someone will "Pinochet" Dick Cheney. Ex-Bush Official Col. Lawrence Wilkerson: "I am Willing to Testify" If Dick Cheney is Put on Trial, Democracy Now, 8-30-11

Somehow someday there must be accountability for the eight years of Bush-Cheney's illegitimate regime, and crimes committed in our names. There must be. Otherwise, neither our national psyche nor this system of government will ever recover. It might not be the first step taken (undoing Citizens United might make the most sense), but it certainly needs to be done.

Consider the costs. The human costs of the wars alone are incalculable. And then on top of that you could add in the global financial meltdown, the ten years lost in the struggle mitigate change change, and so much more.

Indeed, when Linda Bilmes and I calculated America’s war costs three years ago, the conservative tally was $3-5 trillion. Since then, the costs have mounted further. With almost 50% of returning troops eligible to receive some level of disability payment, and more than 600,000 treated so far in veterans’ medical facilities, we now estimate that future disability payments and health-care costs will total $600-900 billion. But the social costs, reflected in veteran suicides (which have topped 18 per day in recent years) and family breakups, are incalculable.
Even if Bush could be forgiven for taking America, and much of the rest of the world, to war on false pretenses, and for misrepresenting the cost of the venture, there is no excuse for how he chose to finance it. His was the first war in history paid for entirely on credit. As America went into battle, with deficits already soaring from his 2001 tax cut, Bush decided to plunge ahead with yet another round of tax “relief” for the wealthy. Joseph Stiglitz, The Price of 9/11, 9/1/11

Feel the truth, it is vast, and indescribable. All lies are small, and all liars too.

Do you know why 350 is the most important number in your life and the lives of everyone you love? Go to 350.org for the answer.
Richard Power's seventh book, Between Shadow and Night: The Singularity in Anticipation of Itself, is now available. Here are links to purchase it from Amazon.com, or from CreateSpace.
You can also visit Richard Power author's page at Amazon.com.
Posted by Richard Power at 2:46 PM