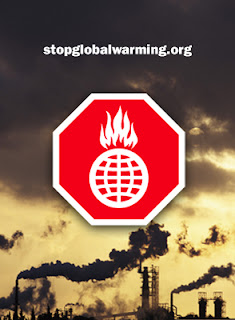 Hard Rain Journal (3-20-07): Climate Crisis Update -- Four Simple Truths to Advance in Your Dialogue with Those in Denial

The climate crisis impacts everything, and everything impacts it -- including global crop yields, mosquito-born disease in Latin America, the German car industry, the G-8, and giant pension funds -- everything.

The climate crisis can be mind-boggling and will-sapping, but there are four simple truths to bear in mind -- repeat them to yourself when you are at a loss, and articulate them at every opportunity to those who are still avoiding reality:

The evidence continues to mount, and the case is compelling.

There is a clearly defined and realizable alternative to the paralyzing triad of apathy, despair and complicity.

The way forward demands that the governments, industries and financial institutions of the great nations take responsibility and lead, and so far they are not doing so.

Meanwhile, the delusional denial and wanton dissemination of disinformation continues.

Here are brief excerpts with links to the full texts of some news and analysis that corroborate these four simple truths.

The evidence continues to mount, and the case is compelling:

A catastrophic collapse of the Arctic sea ice could lead to radical climate changes in the northern hemisphere according to scientists who warn that the rapid melting is at a "tipping point" beyond which it may not recover. Steve Connor, Collapse of Arctic Sea Ice 'Has Reached Tipping-Point', Independent/UK, 3-16-07

Global warming over the past quarter century has led to a fall in the yield of some of the most important food crops in the world, according to one of the first scientific studies of how climate change has affected cereal crops. Steve Connor, World's Most Important Crops Hit by Global Warming Effects, Independent/UK, 3-19-07

Climate change, which has resulted, for example, in heavier and more persistent rains in South America, is forcing countries to take more proactive measures to prevent the spread of diseases like dengue fever.
Paraguay has been struck by an epidemic of the more dangerous variant, dengue haemorrhagic fever. Marcela Valente, Climate Change Fuels Spread of Dengue Fever, Inter Press Service, 3-19-07

There is a clearly defined and realizable alternative to the paralyzing triad of apathy, despair and complicity:

Cuts in emissions of greenhouse gases can mute the worst impacts of global warming, such as water shortages for billions of people or extinction of almost half of Amazonian tree species, a draft U.N. report shows. The report, due for release on April 6, foresees ever worsening damage to the planet as temperatures gain, including rising seas that could swamp low-lying Pacific island states or declining crop yields that could mean hunger for millions. . . ."We can make a big difference by either choosing a low emissions scenario or a high emissions scenario," said Gunnar Myhre, of the Center for International Climate and Environmental Research in Oslo. Alister Doyle, Global warming action could curb nightmare impacts, Reuters, 3-19-07

The way forward demands that the governments, industries and financial institutions of the great nations take responsibility and lead, and so far they aren't doing so:

"The United States must adopt a carbon emission control policy," John Deutch, head of the Central Intelligence Agency in 1995-96, said in a report to the Trilateral Commission, a grouping of business and opinion leaders from Europe, the United States and Asia. "If the United States or any other OECD country that is a large producer of greenhouse gas emissions is to retain a leadership role in other areas, it cannot just opt out of the global climate change policy process," he wrote. Paul Taylor, Ex-CIA chief says U.S. must act on climate, Reuters, 3-19-07

“We have 13 years at most to avert the worst impacts of climate destruction, and yet there is not even a glimmer of a breakthrough on the horizon at present,” says Greenpeace International Climate & Energy campaigner Stephanie Tunmore. “On the contrary: Global greenhouse gas emissions are continuing to rise, up to one quarter coming from the destruction of forests. The G8 states are also reporting rising emissions, although the industrialized nations are in fact committed to curbing emissions by 2012.” “This means that the ‘leading industrialized nations’ are miles away from their binding Kyoto targets,” continues Tunmore. “If something does not happen soon, we will be heading straight towards a climate disaster. The G8 Summit in June must deliver the breakthrough.” The World’s Climate Being Betrayed by G8 States, Greenpeace, 3-16-07

The German automotive industry, which exported 3.9 million cars in 2006 -- a large portion to Latin America -- is coming under criticism for its inability to produce engines with lower carbon dioxide emissions and for its refusal to accept ambitious environmental targets. In early February, that stance prompted Renate Künast, who served as agriculture minister until 2005, to urge consumers to "buy Japanese cars with hybrid engines, instead of German cars that pollute the environment." Julio Godoy, German Car Industry Not Doing Its Part, Say Critics, Inter Press Service, 3-17-07

Under the [Kyoto] Protocol, Russia is set to cut emissions to agreed limits relative to 1990 levels over the period 2008-2012. It has not gone far in that direction. The Russian Carbon Fund, Merrill Lynch and Dresdner Kleinwort, the investment banking arm of Germany's Dresdner Bank, have said in a report that they would assist Russia trade some of its carbon assets and play an active role in reducing emissions . . . . Experts say Russia has much cleaning up to do, especially in the oil and gas industry. The Russian Carbon Fund has 82 projects in hand that could lead to emission reductions of the equivalent of 140 million tonnes of carbon dioxide equivalent in the 2008-2012 period . . . Inter Press Service, 3-19-07

Speaking at the National Association of Pension Funds (NAPF) investment conference in Edinburgh, Gore urged pension fund managers to look for ways to "systematically integrate" sustainability into their investment-making decisions . . . "I believe very deeply that we're now in an era of history that has suddenly rushed upon us, that has some very different characteristics including a number of challenges that we would in the past have associated with very long-term cycles, but are occurring much more quickly than we expected," he said. "The climate crisis is, in my view, by far the most important of those." Jennifer Hill, Pension Funds Must Heed Climate Change: Gore, Reuters, 3-14-07

Meanwhile, the delusional denial and wanton dissemination of disinformation continues:

In When Climate Message Is Strong, Attack the Messenger!, Joe Brewer from the Rockridge Institute dissects a hit piece on Al Gore, which appeared in the Science section of the NYT (3-13-07).

In an Open Letter to Channel 4 Head of production of "The Global Warming Swindle", Prof. Carl Wunsch reveals that he was conned by the producers of this reich-wing propaganda

And on Capital Hill, the relentless Rep. Henry Waxman (D-CA) pressed his attack on the Bush-Cheney regime's Orwellian efforts to suppress scientific discourse: The House Oversight and Reform Committee held a hearing Monday on the Bush Administration's control over scientific findings regarding climate change. The hearing centered around claims of censorship by Dr. James Hansen, director of NASA's Goddard Institute for Space Studies.
"In my more than three decades in government, I have never seen anything approaching the degree to which information flow from scientists to the public has been screened and controlled as it has now," Dr. Hansen testified. "Review and editing of scientific testimony by the White House OMB (Office of Management and Budget) seems to now be an accepted practice." Top NASA Scientist: Bush is Politicizing and Screening Global Warming Science, Buzzflash, 3-19-07

Hard Rain Journal 2-10-07: Climate Crisis Update -- It is a Strange Bird that Fouls its own Nest