In Citizens United v. FEC, SCOTUS Finished the Wet Work It Started in Bush v. Gore: Turning Beltwayistan Over to Predators in Perpetuity 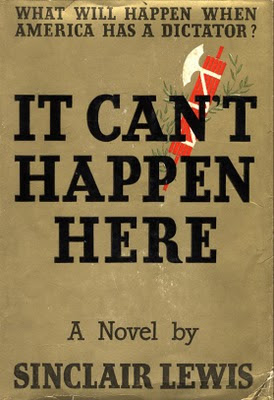 Right now, you can prostitute all of the politicians some of the time, and prostitute some of the politicians all the time, but you cannot prostitute all the politicians all the time. Thanks to Chief Justice Roberts this will change. Unless this mortal blow is somehow undone, within ten years, every politician in this country will be a prostitute.
And now let's contemplate what that perfectly symmetrical, money-driven world might look like. Be prepared, first, for laws criminalizing or at least neutering unions. In today's Court Decision, they are the weaker of the non-human sisters unfettered by the Court. So, like in ancient Rome or medieval England, they will necessarily be strangled by the stronger sibling, the corporations, so they pose no further threat to the Corporations' total control of our political system.
Be prepared, then, for the reduction of taxes for the wealth, and for the corporations, and the elimination of the social safety nets for everybody else, because money spent on the poor means less money left for the corporations.
Be prepared, then, for wars sold as the "new products" which Andy Card once described them as, year-after-year, as if they were new Fox Reality Shows, because Military Industrial Complex Corporations are still corporations. Be prepared, then, for the ban on same-sex marriage, on abortion, on evolution, on separation of church and state. The most politically agitated group of citizens left are the evangelicals, throw them some red meat to feed their holier-than-thou rationalizations, and they won't care what else you do to this corporate nation. Keith Olbermann, Special Comment, MSNBC Countdown, 1-21-10

Migrant Mother/Pea-Picker in the Dust Bowl, Photo by Dorothea Lange, 1936

In Citizens United v. FEC, SCOTUS Finished the Wet Work It Started in Bush v. Gore: Turning Beltwayistan Over to Predators in Perpetuity

There is much to say, and yet, there is nothing to say.

The rest of the week was a reminder that just as the dream has not died, neither has the nightmare.

In many ways, what happened three days later, on 1-21-10, is the culmination of a coup that began in the aftermath of the 2000 presidential election; and should be framed as such if its true significance and genuine origins are to be understood in proper context. And therefore, in many ways, this post is the culmination of my many posts first via Liberation News Service, from 2000 to 2005, and via Words of Power, from 2005 until today.

Consider the strange odysseys of two individuals: Vincent Bugliosi and the shell of a man formerly known as Ralph Nader.

Bugliosi was right, in 2000, when he called for the impeachment of the five Supreme Court justices who installed Bush as the first _resident of the USA; just as he is right now in calling for the prosecution of Bush for the murder of those US soldiers he sent to die in a war predicated on lies.

The shell of a man formerly known as Ralph Nader was wrong in 2000, when he said there was no difference between Bush and Gore. He uttered this lie repeatedly throughout the campaign, and yes, he uttered it on that last weekend before the election, as he campaigned in Florida, where the 97,421 votes he received could have canceled out the 27,000 votes THROWN AWAY in Duval County, and helped to thwart the concocted "closeness" of the results, which was the rationale used for turning to the courts. Of course, to this day, his apologists say he was not to blame for what transpired. He is not the cause, but he is complicit by his actions and his demagoguery. And those who insist otherwise are lying to themselves.

As craven as much of the leadership of the Democratic Party has become, there is a difference, even today, and those who deny that difference are culpable in all that has happened to us. Of course, in the weeks, months and years ahead, there will likely be no difference at all -- because of Citizens United v. FEC.

As Larisa Alexandrovna points out, in SCOTUS ruling = Powell Memo goal = Fall of democracy..., the decision is not only an abomination in its own right, it is also the achievement of a goal set forth in the Powell Memo.

Now it is not a question of what we must do, but who we are. And the preliminary results on who we are do not bode well.

On Tuesday, 1-19-10, two days before the incredible obscenity of Citizens United v. FEC, the people of Massachusetts gave away the the U.S. Senate seat held for decades first by John F. Kennedy, and then by his youngest brother, Teddy Kennedy, and with it, the illusory sixtieth vote (which we never really had) needed to break filibusters.

As much as I would prefer to blame it on Diebold, in this instance, it seems apparent that the people of Massachusetts elected a zombie who posed nude for Cosmo in 1982, ran a campaign framed around driving a truck as if it were some existential truth, and in his victory speech, jokingly offered up his daughters as if they were prize heifers at auction.

Here are a few glimpses into Brown's soulessness that the US mainstream news media did not spend much (any?) time on:

Who are we as a people?

Taken together, the naked greed that has overtaken Beltwayistan, and the willful ignorance with which the populace beyond Beltwayistan has allowed itself to be infected through the corporatist media, constitute crimes against humanity and nature.

The already long odds that U.S. President Barack Obama would win passage of significant climate change legislation soon are getting longer.
Obama has been weakened by the loss Tuesday of a Senate seat held by Democrats for more than a half-century. Even before the vote, he was struggling to persuade some fellow Democrats to make climate change legislation a priority. That will be even harder after Tuesday's vote, which has made Democratic lawmakers more hesitant to follow the president's lead. Political setbacks for Obama dims prospects in Congress for US climate change bill, Canadian Press, 1-23-10

Who are we as a people?

There were helicopters in Haiti within 48 hours of the catastrophic earthquake that hit last week, that's good; but there are still no helicopters in Darfur, to protect peacekeepers and girls gathering firewoods - despite years of pleading ... Why the double-standard? Three hundred thousand (at least) died in the Darfur genocide. It is likely two hundred thousand will have died in Haiti. I am not minimizing one catastrophe in comparison with another; just pointing out that the collective will (or lack of it) in the part of the great nations is often directed by a hidden (and ugly) geopolitical agenda. Shame.

There is a revisionist view circulating now that the "worse is over in Darfur," that is at best wishful thinking. The truth is, in Darfur, as well as in the USA, "The worst is past! The worst is yet to come!"

Indeed, the regime seems poised to reap the benefits from an electoral “victory” in the hopelessly compromised national elections that will take place in April. This is a truth evidently too unpalatable for many of those claiming to support Sudan’s aspirations. Instead, unbounded cowardice and expediency continue to define the world’s response to Sudan’s agony. Erik Reeves, Civilians at Risk: Human Security and Humanitarian Aid in Darfur, sudanreeves.org, 1-17-10

To prevent a full scale war from erupting in Sudan in the coming year, [Obama's] Deputies should recommend to their superiors and President Obama a course of action marked by much deeper diplomatic engagement, backed by more assiduous efforts to build a multilateral coalition of counties willing to impose consequences on those undermining the path to peace in Sudan. Jon Prendergast, Truth and Consequences for Sudan Now: An Open Letter to President Obama's Deputies, Enough, 1-20-10

Just to finish off the week, Air America went into Chapter 7 bankruptcy at last.

Now most of the strongest voices in progressive talk radio, the powerhouses, Thom Hartmann, Randi Rhodes, Stephanie Miller, etc., where free and clear of Air America when it fell; but the loss of Air America's internet stream is a blow.

Does it mean the loss of the dauntless Jack Rice, the delightful Nicole Sadler and the indefatigable Ring of Fire with RFK, Jr. and Mike Papantonio,(which was the progressive equivalent to 60 Minutes).

Beyond progressive radio, what do we have to counteract the willful ignorance being disseminated throughout the mainstream news media?

Three hours on MSNBC (Schultz, Maddow, Olbermann), but how long will they last after Citizens United v. FEC?

Then there is one hour a day of Democracy Now! with Amy Goodman, Monday through Friday.

And then beyond that, nothing much.

Alternative progressive media is decentralized, which is good, but it is nevertheless vulnerable and underfunded. Furthermore, where do we turn to hear the voices of progressive truth? We turn to the Internet. Wherever you are, 24x7, you can hear progressive truth via the Internet -- at least as of today. But after Citizens United v. FEC, how long do you think the resolve on Net Neutrality will be sustained?

Answer that question, and you will know what to do.

Visit msnbc.com for breaking news, world news, and news about the economy

True North on the Pathless Path: Toward 21st Century Spirituality is available from Amazon.com

Left-Handed Security: Overcoming Fear, Greed & Ignorance in This Era of Global Crisis is available from Lulu.com.