From the Gulf to Lockerbie to Darfur, Life is Cheap, & Getting Cheaper - When Will the Loss of You & Yours Become an Acceptable Business Risk? 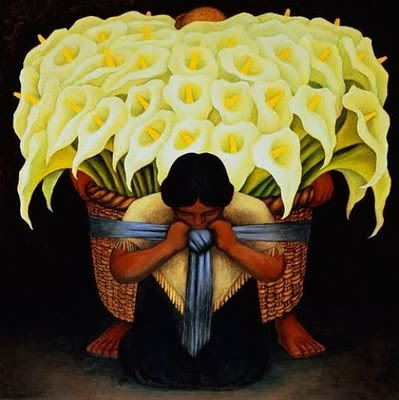 From the Photo Journals of Mia Farrow

A new measure of poverty that assesses a family's health, education and standard of living instead of looking at its income has revealed about 400 million more poor people worldwide than currently gauged. The Multidimensional Poverty Index (MPI), launched by Oxford University and the U.N. Development Programme (UNDP) ... is based on the hardships the poor suffer rather than on how much they earn. Reuters, 7-14-10

From the Gulf to the Food Bubble to Lockerbie to Darfur, Life is Cheap, & Getting Cheaper - When Will the Loss of You & Yours Become an Acceptable Business Risk?

Luis Moreno-Ocampo, the I.C.C. prosecutor continues to pursue Bashir, while the great nations, East and West, continue to do business with him.

No more excuses. No more denial. This week, the international criminal court issued an arrest warrant for three charges of genocide against the president of Sudan, Omar al-Bashir. The world once claimed ignorance of the Nazi atrocities. Fifty years later, the world refused to recognise an unfolding genocide in Rwanda. On Darfur, the world is now officially on notice. The genocide is not over. Luis Moreno-Ocampo, Guardian, 7-15-10

Meanwhile, Eric Reeves, one of our most important resources for in-depth analysis of the ongoing human rights Crisis in Darfur, fears for the flow of vital information and for the lives of those who dare to bring it forth.

Issues of confidentiality take on a particular inflection when writing about a place like Sudan ... Presently, one of my primary concerns is the electronic intercept capability of the Khartoum regime’s ruthlessly efficient National Intelligence and Security Service (NISS), as well as its Military Intelligence ... Importantly, Darfuris on the ground regularly communicate among themselves and with those in the diaspora. And recently, Radio Dabanga has become an important clearing house ... In aggregate they paint a much grimmer picture than can be gleaned from the sanitized information provided by the UN and the fear-enforced silence on the part of international nongovernmental organizations. Khartoum’s tight restriction on journalists ... and its complete denial of access to all human rights monitors, make for what is becoming a “black box genocide.” Eric Reeves, On Confidential Sources in Sudan, Dissent Magazine, 7-12-10

Darfur is slipping into the abyss, and it does not look as if any reversal of the forward momentum is forthcoming. That no longer surprises me. The great nations, China, in particular, and yes, the USA, are playing the board game Risk with the continent.

Life is cheap; and getting cheaper in the great fraud that is the "Global Economy." (Oh, it is global for the corporations, but not for governments or peoples.)
Diego Rivera, The Flower Vendor 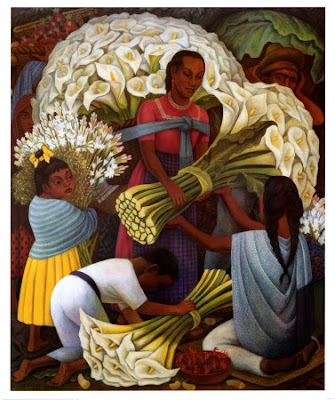 Frederick Kaufman, a contributing editor for Harper's Magazine, recently wrote a piece entitled "The Food Bubble: How Wall Street Starved Millions and Got Away With It."

AMY GOODMAN: We’re talking about Goldman Sachs today, this—they call it a landmark settlement, but they made more after-hours in trading last night than they will have to pay. So let’s look at Goldman Sachs and its record overall.
FREDERICK KAUFMAN: Yeah, this is really—it’s really outrageous. And on a certain level, this reform bill is really a sham, because it does not cover, in any way, shape or form, what Goldman Sachs—and really, let’s be honest here, it wasn’t just Goldman; it was Goldman, and it was Bear, and it was AIG, and it was Lehman, it was Deutsche, it was all across the board, JP Morgan Chase — what these banks were able to do in commodity markets, really which reached its peak from 2005 to 2008, in what is now known as the food bubble. And as Juan points out, this is unconscionable what happened, in the sense that their speculation and their restructuring of these commodity markets pushed 250 million new people into food insecurity and starving, and brought the world total up to over a billion people. This is the most abysmal total in the history of the world. Democracy Now, 7-16-10

And as the ecocide in the Gulf continues, renewed attention has been turned on a story that first surfaced in August 2009, concerning BP's involvement in the strange and disturbing release of the man responsible for the slaughter of innocents in the commercial airliner blown up over Lockerbie, Scotland in 1988.

BP received a new round of scrutiny yesterday when it admitted that officials had lobbied the British government in 2007 to “conclude a prisoner-transfer agreement that the Libyan government wanted to secure the release of the only person ever convicted for the 1988 Lockerbie airliner bombing over Scotland, which killed 270 people, 189 of them Americans.” BP was “worried that a stalemate on that front would undercut an oil exploration deal with Libya.” Think Progress, 7-16-10

So, yes, life is cheap, and getting cheaper: a terrorist who murdered 270 innocents set free to return as a hero to his own country in 2007, for the sake of BP (yes, of course, the U.K. government denies it now), 250 million more hungry people in the world in 2008, for the sake of Goldman Sachs and its fellow banksters.

And then, a global financial meltdown, for which Goldman Sachs has now paid a $500 billion fine that it made back before the end of the day's trading.

Meanwhile, down on the Gulf Coast: "Foreign oil giant BP is on a spending spree, buying Gulf Coast scientists for its private contractor army. Scientists from Louisiana State University, Mississippi State University and Texas A&M have “signed contracts with BP to work on their behalf in the Natural Resources Damage Assessment (NRDA) process” that determines how much ecological damage the Gulf of Mexico region is suffering from BP’s toxic black tide."

Isn't it ironic that so much of the US body politic is obsessed with POTUS' birth certificate, and with the Mexicans slipping across the border to pick fruit and clean toilets, when the truly illegitimate citizens are those corporate persons that have now robbed so many nations of both wealth and conscience. And yet, so much of the U.S. body politic continues to empower these illegitimate citizens; seeking in every battle, e.g, over Wall Street, health insurance, energy, the Internet, etc., to protect them from even the most modest of reforms. Yes, how many more of you think regulation is the problem? Yes, and taxes? Oh yes, and the deficit; now that your overlords are finished jacking it back up, you are all going to use it as an excuse to cover your eyes and plug your ears, aren't you?

You're even thinking of putting their Renfields in charge of everything - again, aren't you?

Your fear and frustration is real, but it is tragically misdirected.

Someday, you or your off-spring may be displaced, in dire straights, wondering if anyone will come to rescue you. And if that day ever comes, don't be surprised when the New Boss decides that the loss of you and yours is an acceptable business risk.

Well, some of us choose to stand with the Flower Seller.
Diego River, Flower Day (1925) 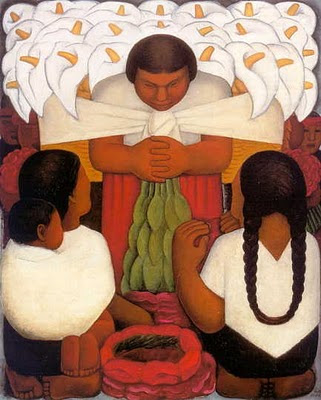