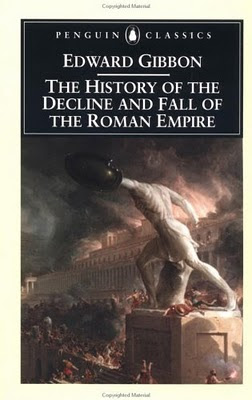 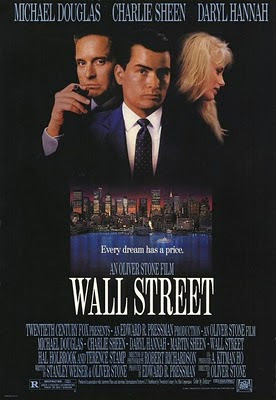 The U.S. body politic is very ill. And the Obama administration has so far been a breathtakingly clear mirror into the seriousness of the illness. Consider the fierce and rather effective resistance mounted against even the most modest and incremental reforms to the finance and health insurance rackets. (See Eric Alterman's Kabuki Democracy: Why a Progressive Presidency Is Impossible, for Now for some context.)

Looking ahead, if Citizens United v. FEC is not somehow neutralized, and if the likes of Carly Fiorina and Meg Whitman ascend to high office in 2010 and 2012, the life-threatening disease that ails us may well enter a terminal phase (some would argue it already has, but I remain absurdly optimistic).

If these trends continue, the criminal prosecution and/or media "investigations" of powerful executives and high government officials will become even rarer than they are now, and those that do occur will target individuals and organizations who threaten corporate interests; and, indeed, as in the case of Don Siegelman and ACORN, they will also be predicated on false charges.

There are lessons of accountability to be learned but POTUS, the A.G., the mainstream news media, et al, are not reaching for the juiciest fruit.

I worked for Charlie Rangel when I was a kid in New York City, in 1969; he was an Assemblyman running for City Council President on a ticket with Rep. James Scheuer running for Mayor and former Police Commissioner Vincent Broderick running for Comptroller. The ticket lost the Democratic Primary, but I remember that campaign fondly, and Charlie, in particular.

In recent years, Charlie Rangel has shown he still has some street in him.

To put the US body politic in touch with the truth and consequences of the foolish military adventures in Iraq and Afghanistan, and the excesses of the military-industrial complex in general, Charlie (who actually served in the U.S. military) proposed reinstating the draft:

Rangel continues to push for a draft, but argues that it should not resemble the one this nation experienced in Vietnam. “Vietnam had a political draft,” he said. “All you had to do is what Cheney did, what Bush did. All you had to do was know a politician and get deferments.” Rangel is calling for a draft with no deferments. Think Progress, 8-17=10

To pay for meaningful health care reform for the poor and the middle class, Charlie proposed slapping a surtax on the wealthiest:

Democratic lawmakers in the U.S. House of Representatives want to increase taxes on the highest-earning American families to help pay for an overhaul of the nation’s health-care system. Legislation to be unveiled on July 13 would raise $540 billion over the next decade by setting a 1 percent surtax on couples with more than $350,000 in annual income, said Representative Charles Rangel, chairman of the tax-writing Ways and Means Committee. Bloomberg, 7-11-09

Is Charlie Rangel guilty of the charges of corruption on which he faces accountability?

There are plenty of lessons in accountability that are past due in Beltwayistan, Banksterstan, Infotainmentstan and the Oiligarchy, and only once the backlog is cleared up, will I entertain the issues related to Rangel, or acknowledge any validity in the calls for his resignation.

When Donald Rumsfeld has to follow in the footsteps of Idi Amin and seek refuge in Saudia Arabia; when C-level executives at BP; Goldman Sachs and Massey Energy are indicted; when Scooter Libby does prison time for the crimes he was convicted of; when those who wrongly imprisoned Don Siegelman are tried for what they did; when those responsible for Bin Laden's escape for Tora Bora (HINT: they were suits, not uniforms, and they were politicians not intelligence officers) are held accountable; when the full documentation on Cheney's secret energy meetings is released; when Bush stops raising money for his library, and has to raise money for defense lawyers instead; when mainstream media exposes the Chamber of Commerce's role in the propagation of denialist lies about the Climate Crisis; when John Yoo is forced from UC Berkeley, and has to lawyer up and turn on the "Commander Guy" he served; when someone can explain to me what happened to the federal investigation of Tom DeLay, and why his trial in Texas has been delayed eight years, then I will give a damn what Charlie Rangel did or didn't do to deserve this investigation.

And these are just a few examples.

There is something terribly wrong here in the USA, and the source of this wrongness festers in the kulchur of the political establishment, the mainstream news media, and the board rooms of our "corporate persons." The US body politic cannot begin to recover, and redeem itself, until it understands the afflictions and addiction it suffers from; and what Charlie Rangel did or didn't do is of little significance in this healing process.

What is of much more significance than what Charlie did or didn't do is the class warfare that has been waged over the decades since the first shot of the Reagan Counter-Revolution:

The 22 statistics detailed here prove beyond a shadow of a doubt that the middle class is being systematically wiped out of existence in America. The rich are getting richer and the poor are getting poorer at a staggering rate. Once upon a time, the United States had the largest and most prosperous middle class in the history of the world, but now that is changing at a blinding pace ...
Here are the statistics to prove it:
83 percent of all U.S. stocks are in the hands of 1 percent of the people.
61 percent of Americans "always or usually" live paycheck to paycheck, which was up from 49 percent in 2008 and 43 percent in 2007.
66 percent of the income growth between 2001 and 2007 went to the top 1% of all Americans.
36 percent of Americans say that they don't contribute anything to retirement savings.
A staggering 43 percent of Americans have less than $10,000 saved up for retirement ... Michael Snyder, The Business Insider, 7-15-10

What is of much more significance than what Charlie did or didn't do is that the U.S. Senate has secured its place in the history of infamy as the institution that turned its back on the future generations, by choosing the campaign money of fossil fuel giants over a chance to mitigate the impact of the Climate Crisis and the Sixth Great Extinction.

A year and a half after President Barack Obama breathed new life into global talks on a climate treaty, the United States is back in a familiar role -- the holdout. The Senate's decision Thursday to shelve legislation on climate change is certain to cast a long shadow over December's meeting in Cancun, Mexico that will work on a successor to the Kyoto Protocol. Agence France Press, 7-24-10

What is of much more significance than what Charlie did or didn't do is the Obama-Biden White House's failure to deliver on the hope and bring meaningful change to U.S. policy on the plight of Darfur:

For their part, outside powers appear largely content to play along, with U.S. officialdom in particular generating a steady stream of sanguine commentary about the elections and in general the Sudanese state's future prospects to survive its various crises. Glib comments, such as U.S. Special Envoy Scott Gration's eyebrow-raising assertion that Sudan's elections would be "as free and fair as possible," raise an important and oft-obscured question: What is Washington actually looking to accomplish in Africa's largest nation? ... In truth, Washington and Khartoum aren't quite at such loggerheads as their frequent verbal sparring would suggest. Foreign Policy in Focus, 5-17-10

So, no, I don't give a damn about whatever corruption can be proved against Charlie Rangel; considering the facts on the ground in Beltwayistan, Banksterstan and Infotainmentstan (i.e., political corruption, abuse of power, criminal negligence, domestic psy ops, environmental destruction and financial fraud at the highest levels of government and business), if we had turned the corner, if we were indeed getting healthier instead of sicker, the investigation of Rangel would have been something that the DoJ simply had no time or resources to pursue, because of the need to ensure accountability on far greater crimes.