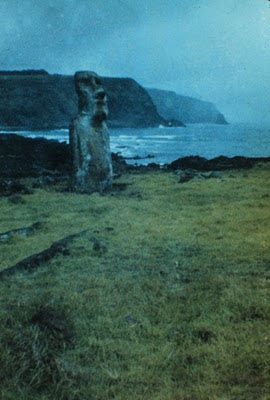 Climate change is a serious health hazard that the United States must prepare for, according to government and university scientists from across the country. They advised Thursday that climate models show that global warming will increase air pollution and trigger more heat waves, floods and droughts, all of which will threaten human health. Environment News Service, 7-10-10

In a profile piece on U.S. Chamber of Commerce president Tom Donohue, the Washington Monthly’s James Verini reveals that, despite spending hundreds of millions on right-wing pro-business lobbying campaigns, attack ads, and executive bonuses for its top lobbyists, the Chamber has continually struggled to finance its own operations, and even posted a net asset loss of over $29 million according to its 2008 IRS filings. Verini notes that the Chamber has alleviated part of its financial problem by earning “extra income” through renting its roof to Fox News for the network’s White House news coverage. Think Progress, 7-9-10

The darkness of a total solar eclipse passes over Easter Island, and as the light returns, the sacred site is revealed to be -- as mysterious as it ever was.

In a cemetery outside of Srebrenic, 775 recently identified corpses are added to the 3,749 already laid to rest there. The Prez of Serbia and the P.M. of Turkey are among those present at this commemoration of the 15th anniversary of the massacre of 8,000 Muslims. Just maybe the worst is behind that blood-soaked land.

At Soccer City in Johannesburg, Nederlands and Espana struggle for possession of the World Cup; as much of humanity cheers one side or the other (and for little more reason than the sheer joy of being alive and a part of it all).

But here in the USA, I am sorry to say I do not think that the shadow will pass as swiftly or as predictably as it passed over Easter Island. Nor do I think that, as mentioned with the Bosnians, our worst might be behind us.

And no, the final match we find ourselves in is not for sport but for survival.

This is not time to be polite, or avoid acknowledging a harsh reality because it sounds "partisan." ("Lions, and tigers, and bears, oh my!")

George Washington led the American Revolution, Ronald Reagan led a Corporatist Counter-Revolution. When will you realize what has happened here?

Consider the most recent fruits of the transformation that started with Reagan-Bush and was brought to its full ripeness with Bush-Cheney:

A majority of voters now think President Barack Obama is a socialist, at least according to one new poll. The poll (PDF) from Democracy Corps finds that 55 percent of likely voters believe that the word "socialist" describes the president either "well" or "very well." Talking Points Memo, 7-9-10

Poll: 24% Of Americans Think Obama Was Born Outside U.S. Not sure what to make of this, but a new Vanity Fair/60 Minutes poll reveals nearly one out of four Americans believe that President Barack Obama was born outside of the United States, with only 39% correctly stating he was born in Hawaii. Media Matters, 7-29-10

Have we really degenerated into a nation of idiots?

The riches of the wealthiest North Americans grew by double digits in 2009 ... Millionaires in the U.S. and Canada saw their wealth increase 15 percent in 2009, to a total of 4.6 trillion dollars, the report found ... Their fortune is a stark contrast to the lives of more than 15 million people in the U.S. who are unemployed and searching for work, and the eight million more who are just getting by with a part-time job ... More than two million more people were working prior to the recession but have now dropped out of the labour force. Apart from the newly unemployed, about 39 million people in the U.S. are chronically poor and do not have enough food to eat ... Inter Press Service, 7-9-10

Have we really been robbed and left for dead?

These two disturbing questions prompt a third, what shall I/you/we do? And overarching that third question is a fourth, the most profound of all, how shall/I/we be, so that we are not defined solely by what we might be called on to do?

Just for a day or night or a moment, whatever you can safely steal from Mammon, let go.

Listen to the trillions of wind chimes we call "silence." Feel that infinite expanse in which all we comprehend is no more than a minute particle.

In the time that is upon us, you will need to know how to do this for yourself.

There is a gaping abyss just ahead. We may have to go deep into it (just follow Carly Fiorina & Meg Whitman, they'll show you the way); or we may somehow save ourselves.

I also encourage you to find out why 350 is the most important number in your life and the lives of everyone you love: go to 350.org or Google "Bill McKibben" for the answer.