Top Political Strategists Don Juan and Black Elk say Fight with One Arm, Goad with the Other; A Guide to the 2010 Mid-Term Elections 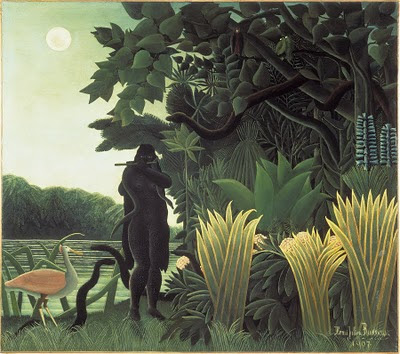 Warriors do not win victories by beating their heads against walls, but by overtaking the walls. Warriors jump over walls; they don't demolish them.Don Juan/Carlos Castenada

And if the great fear had not come upon me, as it did, and forced me to do my duty, I might have been less good to the people than some man who had never dreamed at all, even with the memory of so great a vision in me. Black Elk Speaks

Top Political Strategists Don Juan and Black Elk say Fight with One Arm, Goad with the Other; A Guide to the 2010 Mid-Term Elections

This is not politics, this is shamanic battle. The disinformation that drives the woebegotten people termed "Teabaggers" is toxic, so is the greed that drives CEOs like Carly Fiorina and Meg Whitman to spend millions of dollars (as well as pander to those woebegotten teabaggers) to win a job that would pay them chump change.

If you are a mystic, I suggest that you must not only hold the powerful, imminent truth that all is a oneness, you are also going to have to choose sides in the fierce partisan struggle that is at the center of our political life, while not losing hold of that mystical truth.

If you are a progressive, I suggest that you must stand with POTUS and the Democrats against the onslaught of the U.S. Chamber of Horrors, the Rove and Armey machines, the Koch Brothers, the teabaggers, etc., while at the same time, pushing POTUS and the Democrats HARD to the Left, from the Left, because it is to the Left that our economic, environmental and geopolitical realities have fled for sanctuary; yes, our economic, environmental and geopolitical realities are living like political refugees in the basement of the Church of Common Sense and the Golden Rule. (The maligning attacks from POTUS and all of his men, e.g., Axelrod, Emmanuel, Gibbs, etc., are not evidence of the Left's irrelevancy or marginalization, they are evidence that the Left's critique reflects a broad consensus within the progressive movement.)

The deeper you journey into the heart of life, both spiritual truth and political truth become ever more paradoxical. In these realms, to advance further, you don't resolve paradox, you embrace it.

In a recent Democracy Now! interview on the US Is Becoming an "Underdeveloping Nation," Chilean Economist Manfred Max-Neef articulated the harsh truth of our economic reality:

AMY GOODMAN: What do you think we need to change?
MANFRED MAX-NEEF: Oh, almost everything. We are simply, dramatically stupid. We act systematically against the evidences we have. We know everything that should not be done. There’s nobody that doesn’t know that. Particularly the big politicians know exactly what should not be done. Yet they do it. After what happened since October 2008, I mean, elementally, you would think what? That now they’re going to change. I mean, they see that the model is not working. The model is even poisonous, you know? Dramatically poisonous. And what is the result, and what happened in the last meeting of the European Union? They are more fundamentalist now than before. So, the only thing you know that you can be sure of, that the next crisis is coming, and it will be twice as much as this one. And for that one, there won’t be enough money anymore. So that will be it. And that is the consequence of systematical human stupidity ...
AMY GOODMAN: And if you’re teaching young economists, the principles you would teach them, what they’d be?
MANFRED MAX-NEEF: The principles, you know, of an economics which should be are based in five postulates and one fundamental value principle.
One, the economy is to serve the people and not the people to serve the economy.
Two, development is about people and not about objects.
Three, growth is not the same as development, and development does not necessarily require growth.
Four, no economy is possible in the absence of ecosystem services.
Five, the economy is a subsystem of a larger finite system, the biosphere, hence permanent growth is impossible.
And the fundamental value to sustain a new economy should be that no economic interest, under no circumstance, can be above the reverence of life. Democracy Now, 9-22-10

In fact, every child on earth born after June 23, 1988 belongs to what I call Generation Hot. This generation includes some two billion young people, all of whom have grown up under global warming and are fated to spend the rest of their lives confronting its mounting impacts. For Generation Hot, the brutal summer of 2010 is not an anomaly; it's the new normal ... No matter how many solar panels, electric cars and other green technologies we humans may embrace, the fact remains that more severe climate change is locked in for decades to come ... It's not that we weren't warned. I date the beginning of Generation Hot to June 23, 1988 because that is when humanity was put on notice that greenhouse gas emissions were raising the temperatures on this planet. The warning came from NASA scientist James Hansen's testimony to the U.S. Senate and, crucially, the decision by the New York Times to print the news on page 1, which in turn made global warming a household phrase in news bureaus, living rooms and government offices the world over. Mark Hertzgaard, Generation Hot, Huffington Post, 9-23-10

Of course, in our current crisis of crises, incremental progress is not enough, but to undo even the modicum of incremental progress achieved is sheer madness ... For example, in regard to the Climate Crisis, we must change the debate from should we do anything to what more must we do, how can we mitigate the worst of what is coming, and how quickly can we adapt to a planet we have negatively impacted for generations to come ... But to simply turn our backs on sanity, and elect people who deny the reality of Climate Crisis (and the Sustainability Crisis we would be gripped by even without the impact of greenhouse gases), well, that is condemning your own children's children to a Darfur-like hell realm.

You must fight, and fighting means voting.

If you live in California, understand we are at the point of the spear of destiny. If you do not live here, help us. Donate directly to the campaigns of Barbara Boxer and Jerry Brown, rather than to the Democratic Party.

JONES: Koch Industries has promoted awful environmental policies. They’ve been literally poisoning rivers, poisoning streams, and making money off of that. They’ve promoted now this awful economic idea that if you grow new industries in California you somehow hurt the economy. That’s nuts. And now they’re promoting bad politics by backing I think extreme movements in the United States. Here you have a bad actor, three strikes and you’re out. They’re bad on the environment in terms of their practices, they’re bad in terms of their economic philosophy they’re trying to shove down the throats of California ... If you think things are bad now, what will happen when the people are screaming and yelling at these Tea Party events are actually in charge of your government, and in charge of your life, and in charge of your kids’ future? That is, maybe you have some hope fatigue, but you got a lot of reason to be fearful enough I think to stay involved and to get involved. I don’t think you want the Tea Party running your community, running your family, running your government. Think Progress, 9-25-10

Here are lists of the most critical climate-related electoral battles this November.

Do you know why 350 is the most important number in your life and the lives of everyone you love? go to 350.org for the answer.