Fiorina, Whitman & Most Other Republicans on Ballot in 2010 have an Energy & Climate Security Policy, It's Dick Cheney's: "Survival of the Richest" 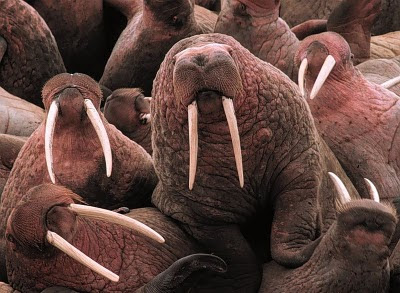 Tens of thousands of walruses have come ashore in northwest Alaska because the sea ice they normally rest on has melted. AP, 9-14-10 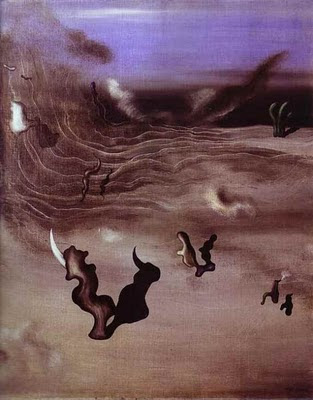 "All over the sky a sacred voice is calling your name." -- Black Elk Speaks

Fiorina, Whitman & Most Other Republicans on Ballot in 2010 have an Energy & Climate Security Policy, It's Dick Cheney's: "Survival of the Richest"

Yes? Well then, if you are a Californian, how can you cast a vote for Carly Fiorina or Meg Whitman? Both of these bonus-cashing, job-exporting CEOs have embraced climate denialism in one way or another.

Furthermore, this embrace is not simply a cynical play for fossil fuel industry money, or pandering to their ignoramus base; no, this embrace of climate denialism is of the same cloth as Dick Cheney's. Fiorina, Whitman, Cheney and their ilk know, and have known all along, that the Climate Crisis is real, they simply think they have gamed it out, and that the affluent and the elite will survive, and that there are too many poor people in the world anyway.

Do not deceive yourself, this is not short-sightedness, or ignorance; it is something much worse, it is a cold, sociopathic calculation about the long-term. A depopulated planet will consume less oil, less fresh water, less food; and with the polar ice caps gone, there will be plenty more accessible oil to drill. This is the ugly, hidden truth of the corporatist propaganda war against the science of climate change.

Just one flaw in this thinking (aside from its utter moral depravity): none of us will escape the destructive impact of the Climate Crisis, NONE OF US.

Nor is it just Fiorina and Whitman who embrace this suicidal energy policy.

A comprehensive Wonk Room survey of the Republican candidates for the U.S. Senate finds that nearly all dispute the scientific consensus that the United States must act to fight global warming pollution ... Many of the Senate candidates are signatories of the Koch Industries’ Americans For Prosperity No Climate Tax pledge and the FreedomWorks Contract From America. The second plank of the Contract From America is to “Reject Cap & Trade: Stop costly new regulations that would increase unemployment, raise consumer prices, and weaken the nation’s global competitiveness with virtually no impact on global temperatures.” In reality, a carbon cap-and-trade market — by rewarding work instead of pollution — would increase jobs, lower electricity bills, restore American competitiveness, and forestall a climate catastrophe. Think Progress, 9-13-10

There are too few conservative Republicans like George Schultz, who has chosen the path less traveled, that of a statesman.

George Shultz on Prop 23: “Those who wish to repeal our state’s clean energy laws through postponement to some fictitious future are running up the white flag of surrender to a polluted environment.” ... It is pretty hard to find a conservative Republican willing to speak out bluntly on the urgent need for action on climate change and clean energy. It is doubly hard to find one with the credentials of George P. Shultz who was President Reagan’s secretary of state from 1982 to 1989 — and President Nixon’s first budget director. Shultz deserves a great deal of credit for signing on as cochair of the effort to kill Prop 23 and making clear that failing to do so “would be a catastrophe.” Climate Progress, 9-13-10

There are two important dates coming up to mark on your calendar, election day on 11/2/10, and prior to that, there is a global day of action on 10/10/10, being organized by 350.org. Vote for life, and for the future, and for reason on 11/2/10; vote against ANY and ALL candidates that embrace climate denialism and/or support Proposition 23.

It is now too late to thwart the Climate Crisis (the window was a DECADE ago, when Al Gore was elected President of the U.S., uh, oh, what a coincidence ...), but it is not too late to mitigate the worst of its destructive impact, and rescue the future from the clutches of the psychological illness that grips the present.

Otherwise, we will find ourselves paraphrasing Pastor Niemöller:

"It came first for the rainforests, I didn't speak up because I don't hug trees.

Then it came for the glaciers, I didn't speak up because I don't ski.

Then it came for the coral reefs, I didn't speak up because I don't scuba dive.

Then it came for the soil, I didn't speak up because I don't farm.

Then it came for me, and by that time, there was nothing left to sustain me or to fight for."
Posted by Richard Power at 7:03 AM