2010 Mid-Term Elections: I'm Done Making Excuses for the Electorate. Is This A Nation of Fools? 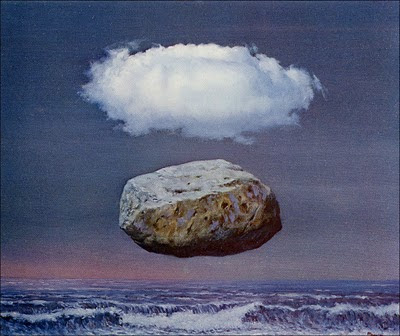 The Tea Party movement is remarkable in two respects. It is one of the biggest exercises in false consciousness the world has seen – and the biggest Astroturf operation in history. These accomplishments are closely related. George Monbiot, The Tea Parties: Deluded and Propelled by Billionaires, Guardian, 10-25-10

The United States Chamber of Commerce is running an unprecedented $75 million campaign to unseat progressives from Congress, in defense of a big-oil agenda. As a ThinkProgress investigation has learned Chamber’s donors — who send their checks to the same account from which the political campaign is run — include multinational oil corporations, and even oil companies owned by the Kingdom of Bahrain. Think Progress, 10-23-10

"On Tuesday, I asked Sarah Palin to use her influential voice to stop attempted incidents of domestic terrorism incited by right-wing extremists like Glenn Beck. By telling Beck, 'I stand with you,' Palin -- Fox News' star contributor -- now associates herself with acts of violence and the insane conspiracy theories and hate speech behind them. David Brock, Media Matters, 10-28-10

2010 Mid-Term Elections: I'm Done Making Excuses for the Electorate. Is This A Nation of Fools?

Fellow citizens, I am finished making excuses for you.

Over the last decade, I focused my ire on the US mainstream news media and the US political establishment. Oh, I was correct in my analysis of their roles in our decline and fall.

The US mainstream news media did abandon the role Jefferson envisioned for a free press in a democratic society, and chose instead to bend minds and fabricate "consensus" for its corporatist overlords.

And the political establishment in Beltwayistan did abandon the representation of the electorate, and chose instead to do the corporatists' dirty work of scuttling the commons and undermining the rule of law.

But all along I kept giving you a pass.

"If you knew better, you would do better," I told myself; if the nightly news anchors and Sunday morning punditry hadn't played you, you would have acted differently, and in a wiser, and more humane way. If your leaders had shown more courage of vision in their own words and deeds, you would have responded, I also told myself; you would have followed them, and protected them against the viciousness that lies in wait for those who dare to lead in the direction of the truth.

Maybe I was wrong about you. We will know more on Election Day, November 2, 2010.

Either way, I am done making excuses for you. What happens now is your responsibility. It is in your hands. You do have a real choice, a meaningful choice; and it is not a choice between one ideology and another, it is a choice between sanity and madness, and between life and death.

Is this a nation of fools?

The bitter irony of the 2010 mid-term election is that the U.S. House of Representatives under the Speakership of Nancy Pelosi (D-CA) is the one body of the U.S. federal government that actually moved forcefully, and with clarity of mind, on the moral imperatives before us; and yet, it is also the one that almost every propapunditgandist in Beltwayistan wants you to believe is already lost. Madness. Madness upon madness, really.

After all, we are just now finishing a long campaign cycle in which the only candidates who brought up the greatest national security threat of our age, i.e., the Climate Crisis, were those who seek to convince you that it is a hoax. Well, Speaker Pelosi and the House passed a meaningful Climate Change bill that would have re-asserted US leadership on the dire issue of global urgency, only to have it killed in the U.S. Senate.

Go down the list of vital issues; one every one it was the House that delivered the best and the most. For example, yes, POTUS signed healthcare reform that will reduce the federal deficit by almost a trillion dollars, ensure that 30 million US citizens who were uninsured won't be, build or expand 10,000 free clinics, and get rid of not only the sadistic "pre-existing condition" and the crushing ceiling on lifetime costs, etc.; but Speaker Pelosi and the House passed one with a PUBLIC OPTION. It was stripped out, of course, in the compromise that had to be crafted to make even reconciliation work.

Social security is not broken. It could operate without a hiccup for the next thirty years. But if for some reason you want to think ahead for a change, what should you do to ensure its robustness for the conceivable future? Raise the retirement age? Cruel and unnecessary. Cut benefits? Certainly, not to those who need that check. Privatize it? Insanity, except for those on Wall Street who would profit from the privatization, and don't need (or don't think they need) a social safety net. So what needs to be done? Raise the cap on what the wealthy pay into the social security system. Period. Yes, it is that simple.

Fiscal austerity for its own sake will not turn around our economic decline. Indeed, it will make our circumstances worse. The rich will continue to get richer, the middle class will continue to get squeezed out of existence, and the poor will be devoured. But if we pursue the avenues of reducing the deficit I have mentioned, we will also have the wherewithal to write the check for the massive stimulus (that's right, the Obama stimulus was effective in buying us some time, but it was too small to turn this around, and yes, some of us told you so). With that stimulus money, we could rebuild are collapsing infrastructure and transform this nation into one that runs on green energy. We could jump-start our economy long enough to take a hard look at foundational damage done by the canard of "free trade" (i.e., deindustrialization) and decide how best to deal with it in a 21st Century way.

Keith Olbermann delivered a magnificent Special Comment for you to ponder in the final hours before the mid-term election; in his remarkable screed, he aptly described the "Teabagger" phenomena as "a group of unqualified, unstable individuals who will do what they are told, in exchange for money and power, and march this nation as far backward as they can get, backward to Jim Crow, or backward to the breadlines of the '30s, or backward** to hanging union organizers, or backward to the Trusts and the Robber Barons."

Olbermann also provided a litany of ghastly indicators of what kind of foulness has been loosed upon you:

Yes, indeed, whatever happens in this mid-term election, I'm done making excuses for you, America. You should never have allowed it to get this far.

Republicans are to blame for allowing their party to be taken over by sociopathic corporatists (ala Ayn Rand) at the top and a reincarnation of the John Birch Society at the bottom; Democrats are to blame for allowing their own party to be dangerously compromised in the desperate struggle to compete for campaign cash; Independents are to blame for listening too much to the likes of Tom Friedman, David Brooks, David Gergen, Bob Woodward, and Jim Lehrer, and being lulled to sleep by their fairy tales about the political center.

The truth about the political center is that it has taken refuge in the Democratic Party; the Democratic Party actually has a left, a center and a right. But it doesn't work, because this is not a one-party system. So by the time a policy position comes out of the Democratic Party in one or the other legislative body, it has to be comprised yet again to deal with the reality of a Republican Party gone wholly hard right. So by the time any legislation is passed, it is right of center at best; and in the process, the entire political spectrum keeps getting shoved farther and farther to the right. (In the past, the best legislation has come out of a creative tension between true liberalism and true conservatism.)

The Republican Party has gone over the cliff, do not let it drag you down with it.

Listen, it's not "big government" that threatens you at this moment in our history, it is predatory capitalism, which has subjugated government as its agent and you as its chattel.

So yeah, I'm done with you, either way. Finished. Oh, I will continue to speak out, continue to try to reach people, but I won't go easy on you anymore, and if the worst happens next Tuesday, I certainly won't expect anything more than even worse from you in what future remains. But if you do rise to the moment, and send these psychos back home to the hell of their own minds, maybe we can work together to save the nation and the planet.

Make sure you watch this brilliant short video: Save the Future