As the 21st Century's 1st Decade Ends, the Planet Sizzles & Human Rights Goes Up in Smoke; Yet, However Inevitable It Seems, Failure is Not an Option 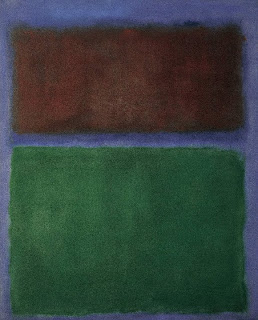 As the 21st Century's 1st Decade Ends, the Planet Sizzles & Human Rights Goes Up in Smoke; Yet, However Inevitable It Seems, Failure is Not an Option

The first decade of the 21st Century seems to be ending in chaos and delusion. It is difficult to conclude otherwise. The overarching theme has been one of massive failure, both nationally and internationally, a failure of collective conscience, a failure of political will, and yes, even a failure of common sense.

The latest round of climate talks, in Tianjin, China, did nothing to break the stalemate of last year’s failed Copenhagen meeting -- an outcome that was as predictable as it is maddening. The reality is that the most powerful delegates had nothing to lose from prolonging the standoff. But the one point of consensus, sadly, was a mutual disregard for the fate of millions of the world’s poorest people, who have the most to lose as the planet melts down. Michelle Chen, Color Lines, 10-16-10

[Jeff Masters, co-founder of Weather Underground (wunderground.com)] doesn’t pull punches: “The ignorance and greed that human society is showing in this matter will be to our ultimate detriment and possible destruction,” he says. Climate Progress, 10-16-10

“What we need more than anything else is a mass movement of young people,” Peter Goldmark, director of EDF’s Climate and Air Program ... “My generation has failed,” he says flatly. “We are handing over the problem to our children. They—and their children—will live with the worst consequences of climate change. Make no mistake, global warming is happening right now. It is only going to get worse.” Climate Progress, 10-14-10

The failure has not just been on the issue of the Climate Crisis, and the underlying Sustainability Crisis, of which climate change is simply the most urgent dimension (the others include population, food security and water); the failure is also related to great nations' utter disregard for the Universal Declaration of Human Rights whenever its tenets prove inconvenient.

Article 3 of Universal Declaration of Human Rights states: "Everyone has the right to life, liberty & security of person."

This defining document was adopted by U.N. General Assembly in 1948. It stands as the Conscience of the Human Race. You cannot serve it by violating it, or avoid it by ignoring its existence. It is not an ideal, it is the interior reality of the human spirit; deny, denigrate, and defile it, and you deny, denigrate and defile yourself.
Max Ernst - Fishbone Forest (1927) 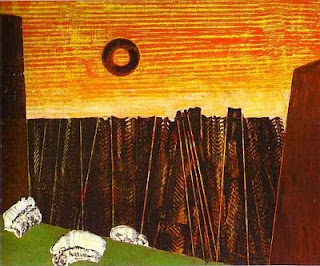 But a generational failure in leadership has allowed the security situation in Darfur to continue to deteriorate, while those responsible for GENOCIDE still rule in Karthoum:

China has mounted a strenuous diplomatic campaign to block the publication of a U.N. report that claims that Chinese ammunition has been shipped into Darfur in the past year, in clear violation of U.N. sanctions, according to several U.N. diplomatic sources. Washington Post, 10-16-10

The Lord’s Resistance Army is operating in Darfur, a member of the National Assembly has said. MP Mohamed Adam said that a group of LRA forces entered the market of Birao town in Central African Republic (CAR), on the border with Sudan. They seized food supplies and headed to the Sudanese border. The lawmaker considered that these movements constitute a security breakdown. Radio Dabanga, 10-18-10

A generational failure in leadership has allowed the Congo to become the "rape capital of the world" (15,000 women raped in eastern Congo last year) in process of pursuing tantalum, tungsten, and gold for cell phones and other electronics:

Many of Congo's rape survivors took to the streets Sunday to speak out against sexual violence in a country where it has become a weapon of war. "My heart is in pain, why are you raping me?" sang the rape victims, many of whom left hospital beds to join the march in eastern Congo. CNN, 10-18-10

Lieutenant Colonel Mayele, was arrested in an operation by Indian peacekeepers with the MONUSCO mission on October 5. [Margot Wallstrom, UN special envoy on sexual violence against women in conflict] praised the Indian soldiers and called the arrest of Mayele an "important precedent". "When commanders can no longer rest easy in the certainty of impunity, when it begins to cross their mind that they may be turned in by their own, for commissioning or condoning rape, this is the moment when we open a new front in the battle to end impunity," she said. Agence France Press, 10-15-10

A generational failure in leadership has allowed Nobel Peace Prize winner Aung San Suu Kyi to remain under house arrest for 15 out of the last 21 years, while the Junta thugs continue to oppress Burma's long-suffering people, and grow rich on the plundering of its natural resources.

“She told me she wants to use Twitter to get in touch with the younger generation inside and outside the country,” he said. “She wishes to be able to tweet every day and keep in touch.” Suu Kyi has no phone line or any access to the Internet, though she has a laptop computer, Nyan Win said. He described her as computer- and tech-savvy and adept with electronic gadgets. Under the rules of her detention, Suu Kyi is allowed to read state-controlled newspapers and private local news journals and magazines, to listen to the radio and to watch state-run television but she has no satellite dish to receive foreign broadcasts. AP, 10-18-10

[NOTE: Aung San Suu Kyi is due to be released on Nov. 13th, several days after the "elections" that she has asked her fellow citizens to boycott. The whole world will, likely, NOT be watching, but some of us will be vigilant.]

Yes, after the night of hope at the Millennium was canceled out by the sociopaths who seized the White House in the 2000 election, and the second night of hope eight years later, in Grant Park, was canceled out by the oligarchy's last line of defense in the U.S. Senate, it is difficult to believe that we can pull out of this steep downward spiral. But just as a parent puts on a brave face for his or her children, so must we; and just as a parent cannot give up or walk away, we must create hope where there is none. Yes, we must do the impossible now that the possible has been allowed to slip away.

Everything and everyone everywhere is connected. Pull any of the threads completely free and the whole grotesque tapestry will begin to unravel.

Here are some urgent tasks ...

If you are a U.S. citizen, on November 2nd, I implore you to vote FOR science and AGAINST superstition, FOR courage and AGAINST fear, FOR the future and AGAINST extinction.

It has become very easy to distinguish one from other.

Have you joined in the 100 Days of Action on Sudan? Actor and activist George Clooney has claimed that Sudan is "90 days away from disaster" during a visit to the White House. You can help George Clooney and Jon Prendergast prevent the next Darfur. Go to http://www.sudanactionnow.org/take-action and send a message to POTUS to ratchet up the pressure.

To follow events in Darfur and Sudan, go to Mia Farrow's site, it is the real-time journal of a humanitarian at work; the content is compelling, insightful and fiercely independent.

For more info on what is going on in the Congo, and how to end it, go to Enough's Raise Hope for the Congo.

To follow events in Burma, go to Irrawaddy, and while you are at it, support this non-profit media group in its efforts to deliver "accurate and impartial" news about this troubled nation and its neighbors.