If You Don't Shift the Power, You are Going to Get the Shaft 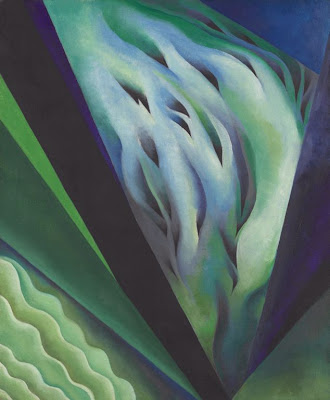 "The case for acknowledging the Rights of Nature cannot be understated”, says Maude Barlow ... “Every now and then in history, the human race takes a collective step forward in its evolution. Such a time is upon us now as we begin to understand the urgent need to protect the Earth ..." One Year After BP Oil Disaster, UN General Assembly to Debate Whether Nature Has Rights, Global Exchange/Council of Canadians, 4-18-11

The hard truth is that there are no shortcuts to correcting the imbalance that now exists in the U.S. political/media system ... But the consequences of the Right’s strategy – and the Left’s miscalculations – are apparent in the audacity of today’s congressional and statehouse Republicans in proposing the virtual repeal of Lyndon Johnson’s Great Society, Franklin Roosevelt’s New Deal and even Teddy Roosevelt’s progressive era. Robert Parry, How I View thew American Crisis, Consortium News, 4-17-11

If You Don't Shift the Power, You are Going to Get the Shaft

Mother Earth is close to turning hostile toward us, the climate that human "civilization" has based itself on for two millennia is collapsing, the most fundamental resources (i.e., fresh water, soil, forests and oceans teeming with biodiversity) are all being stressed to their breaking points; and the U.S.A., which was supposed to be the beacon of "liberty AND justice" for all is on the verge of losing itself in a madness it is not likely to emerge from whole.

The fact that neither the political establishment, nor the US mainstream news media, expend any hot air on either of these millennium-shaping crises, should be of great concern to the body politic. Unfortunately, hypnotized by the false memes of infotainmentstan and Beltwayistan, and traumatized by the thousand and one unnatural shocks that has been unleashed upon it, the body politic appears to be incapable of acting with any clarity or purpose. (Witness the 2010 mid-terms elections.)

Meanwhile, gangs of sociopaths and their Renfields are looting and pillaging, and terrorizing across the nation and the planet seemingly without the least accountability.

Here is some vital context and continuity on our circumstances.

One reason most countries don't find the time to embrace Ayn Rand's thinking is that she is a textbook sociopath. In her notebooks Ayn Rand worshiped a notorious serial murderer-dismemberer, and used this killer as an early model for the type of "ideal man" she promoted in her more famous books. These ideas were later picked up on and put into play by major right-wing figures of the past half decade, including the key architects of America's most recent economic catastrophe -- former Fed Chair Alan Greenspan and SEC Commissioner Chris Cox -- along with other notable right-wing Republicans such as Supreme Court Justice Clarence Thomas, Rush Limbaugh and South Carolina Gov. Mark Sanford. Mark Ames, AlterNet, 2-26-11

Contours of the Global Order

In a brilliant analysis for Tom Dispatch, Noam Chomsky offers insight on the big picture.

I do not want to end without mentioning another externality that is dismissed in market systems: the fate of the species. Systemic risk in the financial system can be remedied by the taxpayer, but no one will come to the rescue if the environment is destroyed. That it must be destroyed is close to an institutional imperative ... If such things were happening in some small and remote country, we might laugh. Not when they are happening in the richest and most powerful country in the world. And before we laugh, we might also bear in mind that the current economic crisis is traceable in no small measure to the fanatic faith in such dogmas as the efficient market hypothesis, and in general to what Nobel laureate Joseph Stiglitz, 15 years ago, called the "religion" that markets know best -- which prevented the central bank and the economics profession from taking notice of an $8 trillion housing bubble that had no basis at all in economic fundamentals, and that devastated the economy when it burst ... As long as the general population is passive, apathetic, diverted to consumerism or hatred of the vulnerable, then the powerful can do as they please Noam Chomsky, Is the World Too Big to Fail, Tom Dispatch, 4-21-11

Recently, 10,000 young activists traveled to Beltwayistan to commit themselves to a profound Power Shift in the U.S. economic and political order; and strong, articulate leaders roused them with powerful, hard-hitting speeches. The event was a poignant convergence of generational passions.

While they’re stuck on stupid in DC," Jones went on, "your generation is rising. Brad Johnson, Think Progress, 4-17-11

But the US mainstream media chose instead to take you to Madison, WI. where Sarah Palin and Andrew Brietbart addressed a few hundred Teabaggers at a rally, a paltry gathering which was outnumbered and drowned out by thousands of pro-democracy, pro-union activists. And, of course, the corporatist coverage did not mention the overwhelming numerical superiority of the progressive counter-protesters.

Meanwhile, here is what you missed if you weren't tuned into to the alternative media:

Al Gore: It’s true that governments by and large have been politically paralyzed because the energy companies ... There are four anti-climate lobbyists ... for every single member of the House and ... Senate ... What is the answer for this? ... It has to come from you. It has to come at the grassroots level. It has to come from young people ... Gore to Young Advocates: Battle Industry Lobbyists to Turn the Tide on Climate, The Hill, 4-16-11

Bill McKibben: Even the White House—two weeks ago, the Interior Secretary, who spoke here two years ago, Ken Salazar, signed a piece of paper opening 750 million tons of coal under federal land in Wyoming to mining. That’s like opening 300 new coal-fired power plants and running them for a year. That’s a disgrace. Democracy Now! 4-22-11

For insightful coverage of both the UN General Assembly debate on the Rights of Mother Earth and the Power Shift 2011 conference, I refer you to 4-22-11 edition of Democracy Now! (And as you view this real-world journalism, consider for a moment how much Amy Goodman and her team do with so little, and how little CNN does with so much.)