Joplin and Tuscaloosa Lie in Ruins; But the Edifice of Denial Still Stands. Our Circumstances Call for Massive, Non-Violent EVOLUTION 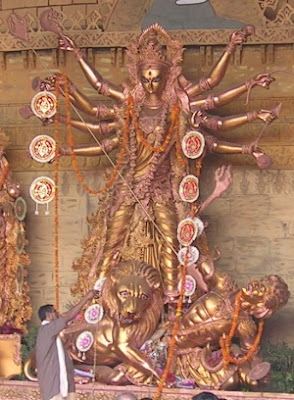 Human-induced climate change is contributing to the recent heavy rain and ongoing record flooding along the Mississippi River, and we can expect more extreme weather events in the future, according to scientists and adaptation experts on a teleconference held by the Union of Concerned Scientists. ENS, 5-20-11

A combination of climate change, overfishing, pollution and other threats is changing the world’s oceans at an “unprecedented” rate, the head of the National Oceanic and Atmospheric Administration said yesterday. Climate Progress, 5-19-11

A sharp increase in forest destruction in March and April in the Amazon has led Brazil to announce the creation of an emergency task force to fight against deforestation. Agence France Press, 5-19-11

Joplin and Tuscaloosa Lie in Ruins; But the Edifice of Denial Still Stands. Our Circumstances Call for Massive, Non-Violent EVOLUTION

Joplin devastated; 75% of its buildings destroyed. Recently, Tuscaloosa was demolished. Whole towns. Not terrorism. Tornadoes. In the next few days, you will hear a lot about FEMA; but not much (if anything) about NASA or EPA.

As with Tuscaloosa, the US political establishment and mainstream news media are responding to the tragedy, but neither responds to the teachable moment.

Do not be dissuaded by denials issued by overly-cautious officials answering the wrong questions. This is the savage face of the Climate Crisis. Just as surely the floods in Pakistan and the fires in Russia. Our failure to meet the Climate Crisis early and head-on is more than anything a failure of governance in Beltwayistan and Infotainmentstan.

The Obama administration does not deny the reality of Climate Change; that is a meaningful difference from the rule of the Zombie Cult formerly known as the Republican Party; and anyone who says it isn't is being foolish. But unfortunately, the Obama administration has NOT made a passionate effort to educate the populace or taken bold strides to lead the world; and these short-sighted choices are not only moral failures, they are political miscalculations.

It’s far smarter to repeat to yourself, over and over, the comforting mantra that no single weather event can ever be directly tied to climate change. There have been tornadoes before, and floods—that’s the important thing. Just be careful to make sure you don’t let yourself wonder why all these records are happening at once: why we’ve had unprecedented megafloods from Australia to Pakistan in the last year. Why it’s just now that the Arctic has melted for the first time in thousands of years. Focus on the immediate casualties, watch the videotape from the store cameras as the shelves are blown over. Look at the anchorman up to the chest of his waders in the rising river. Bill McKibben, Making Connections, Washington Post, 5-24-11

It is not only the argument against human-induced Climate Change that is false; the very premise that there is any reasonable debate at all anymore is also false. Those who indulge in it or pander to those who do, simply want to continue to live within the edifice of denial. They will be trapped inside when it collapses of its own weight.

The truth is that despite current official caution, the relationship between Climate Change and these tornadoes, the Mississippi flooding, the Texas fires, etc., are far more substantial and far less speculative than the premises (mostly false) that underlie our war IN, OF, FOR and BY terrorism.

Where are we going? What difference has any of it made? These are worthwhile questions. But there are no answers. Only more questions.

Two UK astronomers have found that the giant black holes in the centre of galaxies are on average spinning faster than at any time in the history of the Universe. Science Daily, 5-23-11

The inner core of the Earth is simultaneously melting and freezing due to circulation of heat in the overlying rocky mantle, according to new research ... Terra Daily, 5-23-11

Tests given to an Amazonian tribe called the Mundurucu suggest that our intuitions about geometry are innate. Researchers examined how the Mundurucu think about lines, points and angles, comparing the results with equivalent tests on French and US schoolchildren. BBC News, 5-24-11

Science serves wonder, and so does our global heritage of sacred myth.

Durga has been calling to me.

The blue and green bounty of Gaia, the savage, purple-tongued dance of Kali Ma, the warm, radiant welcoming of Our Lady of Gaudalupe, the flowing red magma and black volcanic rock of Pele, the compassionate rainbow medicines of Tara - all are emanations of a mystery beyond all others, an incomprehensible, unspeakable presence that is, at once, beyond the universe and yet permeating the whole of it.

Perhaps Durga is closest to this greatest of mysteries.

According to legend, Mahishasura, a powerful demon was wreaking havoc throughout the three worlds. All the gods went to Brahma, the Creator, who could not slay what he made, so he led them all to Vishnu, the Sustainer, and Shiva, the Destroyer.

In their anger, Brahma, Vishnu and Shiva, along with all the other gods, emitted powerful rays of light, which coalesced into a sea of blinding light ...

Durga emerged from this sea of light, and told the assembled gods that she was the One who had created them all. She was supreme even over the triumvirate of Brahma-Vishnu-Shiva. It was simply her lila to emerge from the sea of blinding light that their collective anger had brought forth.

Riding a great lion (in some versions of the tale it is a great tiger) into battle, she slayed Mahishasura and rescued the three worlds.

Remember, it was the collective light of all those individual consciousnesses that brought Durga from beyond the veil.

These are not the "End Times," these are "Beginning Times." Our circumstances call for massive, non-violent EVOLUTION.

Thousands of protesters in Madrid furious over soaring unemployment staged a silent protest and then erupted in cheers of joy as a 48-hour ban on their demonstration took effect on Saturday. 'Now we are all illegal' and 'the people united will never be defeated,' were among the chants of the protesters who crammed Madrid's Puerta del Sol square and spilled onto side streets. 'From Tahrir to Madrid to the world, world revolution,' said one of the placards, referring to Tahrir Square in Cairo which was the focal point of the Egyptian revolution earlier this year. Agence France Press, 5-20-11