In Oslo, Aung San Suu Kyi Walks On; But Will the Great Nations Kick Gaia to the Curb in Rio? 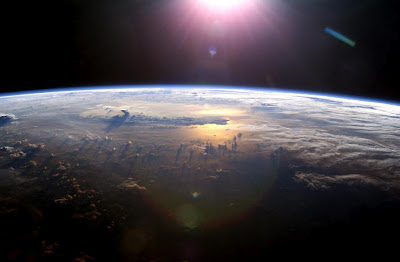 And love, it's not the easy thing
The only baggage, that you can bring
Not the easy thing, the only baggage you can bring
Is all that you can't leave behind
And if the darkness is to keep us apart
And if the daylight feels like it's a long way off
And if your glass heart should crack
Before the second you turn back
Oh no, be strong
Oh, oh, walk on, walk on
What you got, they can't steal it
No, they can't even feel it
Walk on, walk on
Stay safe tonight

In Oslo, Aung San Suu Kyi Walks On; But Will the Great Nations Kick Gaia to the Curb in Rio?

For those who don't know, Bono and U2 wrote Walk On for Aung San Suu Kyi YEARS ago, during her LONG imprisonment. (You Tube video embedded below.) There is always hope; its embodiment walks in Oslo tonight, a free woman.

Desperate challenges and complex problems confront her and her people, and currently hope in Burma is as fragile as the life's breath of one human being, but whatever happens, it is a lesson for us all.

She never lifted a weapon, she has not thrust one into anyone else's hand, and yet like water she is drop by drop step by step eroding an edifice of brute ignorance which pens in her people.

Myanmar opposition leader Aung San Suu Kyi finally accepted her 1991 Nobel Peace Prize in Oslo on Saturday after spending a total of 15 years under house arrest and said full political freedom in her country was still a long way off. "Absolute peace in our world is an unattainable goal," Suu Kyi said in her acceptance speech during her first trip to Europe in nearly 25 years. "Hostilities have not ceased in the far north; to the west, communal violence resulting in arson and murder were taking place just several days before I started out the journey that has brought me here today." Suu Kyi, the Oxford University-educated daughter of General Aung San, Myanmar's assassinated independence hero, advocated caution about transformation in Myanmar, whose quasi-civilian government continues to hold political prisoners. "There still remain such prisoners in Burma. It is to be feared that because the best known detainees have been released, the remainder, the unknown ones, will be forgotten," Suu Kyi, 66, told a packed Oslo City Hall. Balazs Koranyi, Suu Kyi accepts Nobel Peace Prize 21 years late, Reuters AlertNet, 6-16-12

Twenty years has past since the first Earth Summit in Rio; twenty years in which we could have rescued the future, and the redeemed the story of "civilization." Yes, we could have, but we did not. Is there still hope? As Arwen said in Lord of the Rings there's always hope, but it is, as Gandalf characterized it, "only a fool's hope." Next week Rio+20 will come and go and where will we be after it? The cowardice and complicity of our leaders is appalling; *criminal* really, but unfortunately there are no international laws (yet) that cover crimes against nature. Remember, crimes against nature are crimes against humanity. Perhaps in our lifetimes, ecocide will be understood as the moral equivalent of genocide, and BOTH will be severely punished. (Of course, not even genocide is aggressively prosecuted today, except for those few cases in which such prosecution is allowed to proceed because it either advances the geopolitical agenda of great nations, or at least does not interfere.)

The U.S. political establishment will ignore what is going on during Rio+20, and of course so will the U.S. mainstream news media. So here are a few important perspectives.

What Happened in 1992, and What Hasn't Happened Since

It was 20 years ago this month that Severn Suzuki, then 12, gave the speech of her life. As she stood on the podium at the first Earth Summit, facing dignitaries from 178 nations, Severn’s 6-minute statement also became the speech of her generation ... "I spoke for six minutes and received a standing ovation. Some of the delegates even cried. I thought that maybe I had reached some of them, that my speech might actually spur action. Now, a decade from Rio, after I’ve sat through many more conferences, I’m not sure what has been accomplished. My confidence in the people in power and in the power of an individual’s voice to reach them has been deeply shaken." Bill Becker, As Rio+20 Begins, Revisiting The Words Of Severn Suzuki: ‘Make Your Actions Reflect Your Words’, Climate Progress, 6-13-12

They signed off on both the Convention on Biological Diversity and the Framework Convention on Climate Change, making broad pledges to solve some of the most complex problems facing humanity. Countries also agreed to a laundry list of goals spelled out in a document known as Agenda 21, which eventually spawned the Convention to Combat Desertification. Although the agreements lacked teeth, they created formal international processes that engaged almost the entire world and eventually led to more targeted accords ... The pace turned out to be far slower than anticipated, however. Although nations have made some marginal advances, the three conventions have failed to achieve even a fraction of the promises that world leaders trumpeted two decades ago. Dismal grades dominate Nature’s report cards on the Rio treaties, although the assessment also highlights some progress and offers pointers for the future. Jeff Tollefson, Natasha Gilbert, Earth summit: Rio report card, Nature, 6-6-12

What Must Happen Now

The global sustainable development summit that begins next week in Rio is "too important to fail", the UN secretary general, Ban ki-Moon has said. In a desperate last-minute plea to world leaders before the meeting, Ban said the international community was in danger of squandering a once-in-a-generation opportunity to use the Rio+20 meeting to map out a new course for economic and social development. Suzanne Goldenberg, Rio+20 Earth summit is too important to fail, says Ban ki-Moon, Guardian, 6-15-12

Behind the scenes, there is incipient panic over the draft summit communique after three rounds of preliminary informal negotiations left more than 75 percent of the paragraphs still to be agreed. The charter is supposed to sum up the challenges and spell out pledges to nurture the oceans, roll back climate change, promote clean growth and provide decent water, sanitation and electricity for all. The biggest divergences lie in four areas, according to sources close to the negotiations. They include action on climate change, protecting the oceans and achieving food security, and whether “Sustainable Development Goals” should replace the Millennium Development Goals when these objectives expire in 2015. Agence France Press, UN environment summit opens, but prospects grim, Raw Story, 6-13-12

The Rio+20 Earth summit must take decisive action on population and consumption regardless of political taboos or it will struggle to tackle the alarming decline of the global environment, the world's leading scientific academies warned on Thursday. Rich countries need to reduce or radically transform unsustainable lifestyles, while greater efforts should be made to provide contraception to those who want it in the developing world, the coalition of 105 institutions, including the Royal Society, urged in a joint report. Jonathan Watts, Rio+20 Earth summit: scientists call for action on population, Guardian, 6-13-12

Richard Power is the author of seven books, including Between Shadow and Night: The Singularity in Anticipation of Itself and True North on the Pathless Path: Towards a 21st Century Yoga. He writes and speaks on security, risk, human rights and sustainability, and has delivered executive briefings and led training in over 40 countries. He blogs at http://words-of-power.blogspot.com and http://primalwordsofpower.blogspot.com
Posted by Richard Power at 7:44 AM