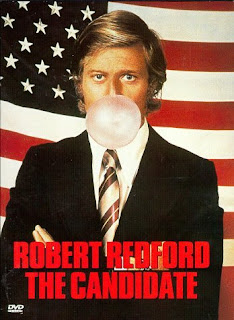 Triangulating and pandering is not the way to distinguish yourself from the politics of the last two decades in general, or Sen. Clinton in particular.

Only a few days ago, I was encouraged by watching Buzzflash's delightful, insightful interview with your barber at Blackstone and 53rd. It communicates something important and wonderful about you that is lacking in your rhetoric. (Click here.)

But recent comments highlighted by Digby, Kos and others are a powerful reminder about what is wrong with your concept of how to run this race and your prescription for what ails the body politic:

In a speech this afternoon in central Iowa, Barack Obama seems to have widened his criticism of the politics of the past to encompass not only Hillary Clinton but John Kerry and Nobel Laureate Al Gore.
Making an argument for his electability, Obama said, "I don't want to go into the next election starting off with half the country already not wanting to vote for Democrats -- we've done that in 2004, 2000," according to a person at the event. Spin Cycle, Newsday, 12-31-07

Al Gore is the 2007 recipient of the Nobel Peace Prize, Al Gore also won an Emmy and an Oscar in 2007. If he had entered the race, you would be on the sidelines, jumping up and down and hoping for a chance to get into the game.

Sen. Obama, please stop referring, as you do in almost every speech, to the last two decades in Beltwayistan as a "partisan food fight."

Ask the wrongly jailed Susan McDougal if it has been a "food fight."

Ask wrongly imprisoned former Gov. Don Siegelman of Alabama if it was a "food fight."

Ask Vince Foster's wife if it has been a "food fight."

Ask Valerie Plame and those who put their lives on the line to work with her if it has been a "food fight."

Ask all of those in the US military, intelligence, diplomatic and law enforcement communities (most of them Republicans) who have resigned from the services they loved -- rather than enable tyranny, treason or torture. Ask them, if it has been a "food fight."

Ask the African American people of New Orleans abandoned before, during and after Katrina if it has been a "food fight."

Ask the African American people of Fraudida who were wrongly purged from the voter roles if it has been a "food fight."

Ask the African American people of Ohio who stood in the cold rain for hours to cast votes that were not even counted if it has been a "food fight."

Ask Pat Tillman's brother if it has been a "food fight."

Ask the Jersey Girls and the other activist survivors of 9/11 victims if it has been a "food fight."

Ask the families of the thousands of men and women of the US military who died in Iraq for nothing more than a neo-con wet dream if it has been a "food fight."

Ask the fired US attorneys (all Republican) if this has been a "food fight."

Ask Michael Schiavo if it has been a "food fight."

Ask Michael J. Fox and all the others who have fought for stem cell research funding if it has been a "food fight."

The arrogance of these remarks, sir, is insufferable, and it is eclipsed only by their naivety.

In truth, Gore won Florida and Kerry won Ohio, which means, in truth, they both won the electoral college vote and should have been sworn into office.

Both elections were stolen.

I am not surprised that you deny the theft of the 2000 and 2004 elections (most of the political establishment you pretend not to belong to denies it); but I am surprised and disappointed that you would seek to gain political advantage by embellishing the false narratives of 2000 and 2004 with the insinuation that somehow it was the way that Gore and Kerry waged their campaigns led to the two "defeats."

Are you really ready for what 2008 is going to be like?

I have noticed you enjoy invoking Abraham Lincoln.

Sen. Obama, Lincoln fought to his own death to save the Republic against its enemies, and he did not talk of peace until he had crushed them on the battlefield.

Sen. Obama, Lincoln did not pretend the divide did not exist, nor did he use high-borne rhetoric to create an unstable bridge across it.

No, Lincoln collapsed that divide. Lincoln went to war.

I have included two recent pieces of important analysis from the Blogosphere: Glenn Greenwald on "Oligarchical Decay" and "The Death of the Bill of Rights: A Timeline of Infamy" from the Daily Kos.

They underscore the profound nature of the threat to this Republic, as serious as anything since the time of Lincoln.

Surely, you have noticed?

This is not a "food fight," Sen. Obama, this is a struggle for the life of the Republic.

In case after case, our political establishment has adopted the “principle” that our most powerful actors are immune from the rule of law. And they’ve adopted the enabling supplemental “principle” that any information which our political leaders want to keep suppressed is — by definition, for that reason alone — information that is “classified” and should not be disclosed.
The instruments used to secure these prerogatives are numerous and growing. Slate’s Dahlia Lithwick this week summarized the Bush administration’s 10 most egregious legal inventions to enable lawbreaking, including the “states secrets privilege” which has now “has ballooned into a doctrine of blanket immunity for any conduct the administration wishes to hide” and the claim that “everyone who has ever spoken to the president about anything is barred from congressional testimony by executive privilege.” All of these developments have a common strain, a shared objective: ensuring that our highest political officials and our most powerful corporations are beyond the reach of the law.
Thus, our establishment believes that any information that would shed light on whether our most powerful actors have broken the law is information that shouldn’t be disclosed. In those accidental cases when — via unauthorized leaks — information is disclosed that demonstrates that crimes have been committed, our establishment bands together to insist that nothing be done, that there is no need to investigate or hold anyone accountable, and that the only real wrongdoing is by those “the leakers” who disclosed the lawbreaking.
This is the same pattern seen over and over: leakers reveal that Bush broke the law for years by spying on Americans without the warrants required by law, and every investigation — legislative and judicial — is successfully blocked, and Congress then moves to legalize the lawbreaking. The top aide to Bush and Cheney, Lewis Libby, is found unanimously by a 12-person jury to have lied deliberately with the intent of blocking an FBI and Grand Jury investigation into illegal leaks and is sentenced by a conservative judge to prison, yet is protected from jail time by the President while our media and political establishment cheer almost unanimously. ...
There is a mildly increased desperation that is palpable among our political and media elites to protect and defend their system. The extent of their wrongdoing over the last several years — political, legal and economic — is so extreme that the potential for upheaval in the event of accountability is extreme as well. Their chief weapon to protect those privileges is immunity from the rule of law, and most of our political controversies — over presidential power and state secrets and executive privilege and torture and eavesdropping and these CIA videos — really share the same root: the effort of the establishment to maintain their immunity from impropriety-exposing legal proceedings and, thus, from political consequences.
Glenn Greenwald, Oligarchical Decay, Salon, 12-30-07