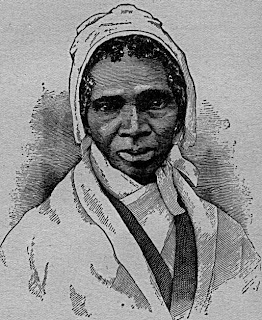 Whether you consider yourself a journalist, an analyst, an activist, a poet, a philosopher, all of the above or none of the above, the Blogosphere offers you the priceless gift of almost unlimited freedom of expression.

But with this freedom, of course, comes certain responsibilities; e.g., the responsibility to push beyond the obvious, i.e., to explore the paradoxical, the complex, the difficult and the confounding.

Here are three troubling stories deserving of greater (and more refined) attention than they have received, and I offer them to you here, threaded together with the translucent silk of caring.

First, there is this story regarding the current regime in Iran:

As nine women and two men in Iran wait to be stoned to death, Amnesty International today called on the Iranian authorities to abolish death by stoning and impose an immediate moratorium on this horrific practice, specifically designed to increase the suffering of the victims. ... Iran's Penal Code prescribes execution by stoning. It even dictates that the stones are large enough to cause pain, but not so large as to kill the victim immediately. ... The majority of those sentenced to death by stoning are women. Women suffer disproportionately from such punishment. One reason is that they are not treated equally before the law and courts, in clear violation of international fair trial standards. ... Discrimination against women in other aspects of their lives also leaves them more susceptible to conviction for adultery.
Amnesty International, 1-15-07

There is no more vital foreign policy imperative than the effort to avert a unilateral, unnecessary military attack on Iran. As many diplomatic and military experts have warned, such an attack would be even more destructive to US interests and to regional stability than the invasion and occupation of Iraq. Nevertheless, we must not conveniently ignore the misogyny of the Iranian regime. Indeed, neo-con saber-rattling only strengthens the oppressive hand of the Iran's religious right. (Certainly, no one who understands the plight of women in Iraq today could delude themselves into thinking that such military action would make the lives of Iranian women better.)

Next, there is the story of the weilding of rape as a weapon of war and oppression in the Congo:

An epidemic of sexual violence is plaguing the eastern Congo. Women are being raped with impunity by all sides of a conflict involving a renegade general, rival militias and the Congolese army. "Sexual violence is being perpetrated by all armed groups," said Anneke Van Woudenberg, a researcher at Human Rights Watch. "It is clear that women are completely unprotected at the moment. No one can claim they are unaware that rape is being used as a weapon of war in eastern Congo.
Justine Masika, with the Goma-based group Synergie des femmes pour les victimes des violences sexuelles, estimates there have been 14,000 rapes in North Kivu province since 2004, with around 1,400 in the last six months alone. Some of the victims helped by the non-governmental organization have been as young as 10 months old.
Lisa Clifford and Charles Ntiricya, Kuwait Times, In Congo, rape a weapon of war, 12-24-07

Finally, there is this story about the fate of a woman's right to choice in the new Latin America:

Bolivia's 255-delegate Constituent Assembly under President Evo Morales--the country's first indigenous leader and widely considered one of the region's most leftist heads of state--last month narrowly avoided adding a ban on all abortion to its new constitution, regardless of the dangers to a woman's life.
Surprise? Not in Latin America.
While abortion rights may be a rough dividing line between left and right in the United States, progressive party rule here is no ticket to pro-choice advancement in this region.
In the past two years, Nicaragua's government of former revolutionary Sandinistas has banned all abortions. The president of Uruguay--leader of his country's historic left-wing party--has vowed to veto parliamentary attempts to legalize abortion. And Venezuelans' push to decriminalize the procedure has come to a virtual halt under socialist President Hugo Chavez. Jean Friedman Rudovsky, Bolivia's 'Bad Births' Sit on Political Sidelines, Women's eNews, 1-15-07

If you have an honest understanding of the long, painful history of Latin America, and the unfortunate role of US covert operations and corporate interests in that long, painful history, you cannot help but look on recent political developments in Bolivia, Ecuador, Chile, and elsewhere with empathy and enthusiasm. And yet, there will be some disturbing twists and turns to this inspiring narrative.

And yet, every day, in every region of the world, this basic human right is being violated.

This is the 21st Century.

If we do not succeed in protecting this and other basic human rights here and now, there will probably be no 22nd Century.

I encourage you to support the work of the United Nations Development Fund for Women (UNIFEM). Click here for more information.